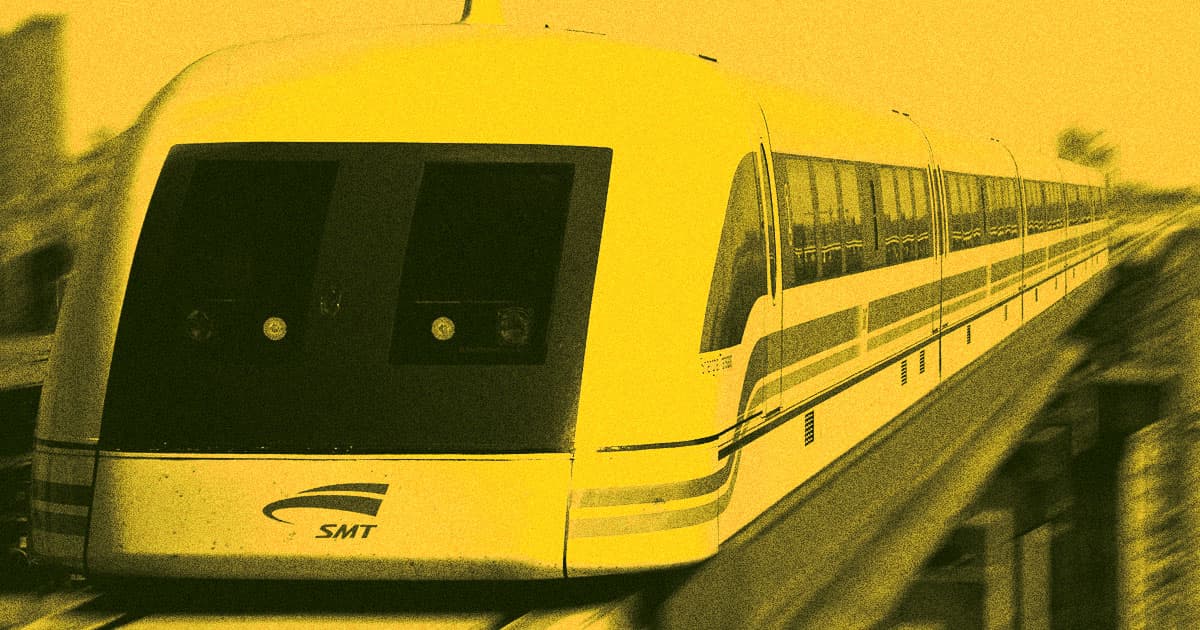 That's more than half the speed of sound.

That's more than half the speed of sound.

Chinese researchers have unveiled a new prototype maglev train that they say can reach speeds of nearly 400 miles per hour.

The train, which was revealed on a short stretch of test track Wednesday, is meant to provide a rapid means of transit between cities that could be nearly as fast as a jet, the South China Morning Post reports. It will require a good deal of fine-tuning before it's ready for primetime, but the train's reliance on new superconductor tech could make it a faster, lighter, and more efficient maglev train than anything else out there.

The Southwest Jiaotong University scientists behind the prototype say it can reach speeds of about 385 mph (620 km/h), according to SCMP. But they also suspect that by the time the train becomes commercially viable about six years from now, it will be able to reach speeds of 497 mph (800 km/h).

Part of that time will be spent further driving down the weight of the train, which is made of carbon fiber, SCMP reports. The goal is to develop a train that's lighter than its counterparts so that the cost of building new lines, tunnels, and bridges will also drop.

The Southwest Jiaotong researchers say that, once it's complete, this new maglev train will be a significant improvement over similar vehicles in Japan and elsewhere in China — existing models need to pick up speed before they can levitate but the new prototype can lift itself straight up.

But all of these improvements are still years away. While the prototype is pretty impressive, it has yet to complete a single real-world test trip.