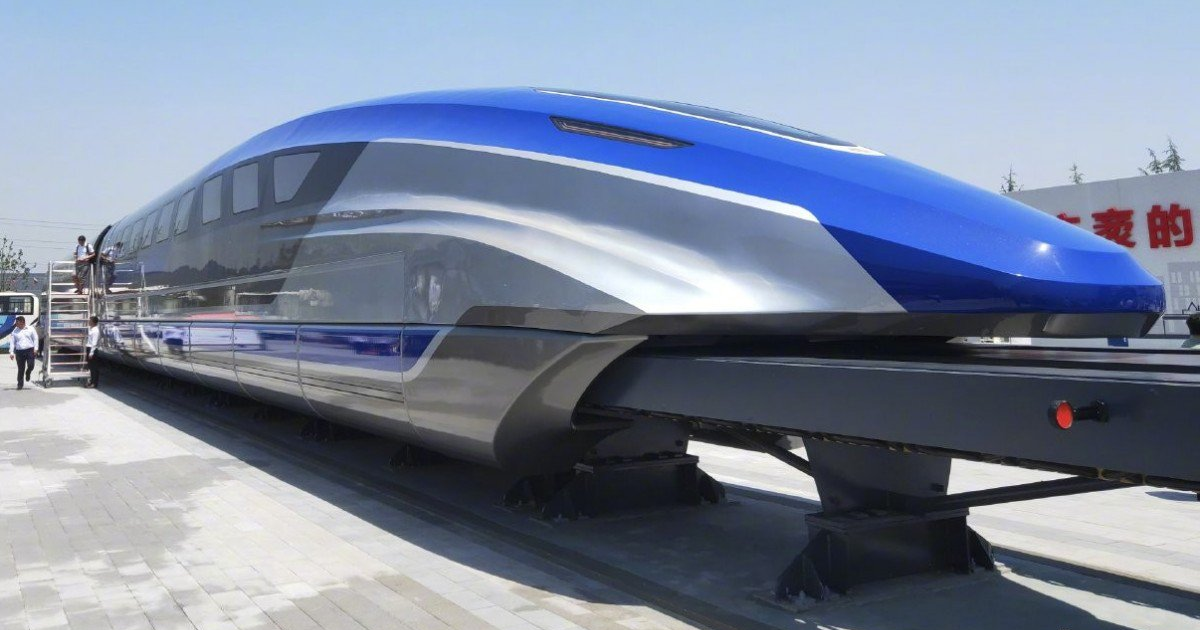 It's designed to reach a top speed of 372 miles per hour.

It's designed to reach a top speed of 372 miles per hour.

A new high-speed transportation system is taking shape in China.

"The prototype has already achieved static levitation and is in ideal condition," CRCC Qingdao's deputy chief engineer Ding Sansan said at a news conference, according to a report by China Daily. "We are building an experimental center and a trial production center for high-speed maglev trains and expect to put them into operation in the second half of the year."

Instead of using wheels and a track, a maglev train floats on a magnetically powered cushion of air. This reduces friction and allows the craft to reach incredibly fast speeds, like the 430 kilometers per hour (267 miles per hour) top speed of a maglev already in operation in Shanghai.

This new design would be able to far exceed the speed of that maglev, reaching a top speed of 600 kilometers per hour (372 miles per hour). Ding used a theoretical journey between Beijing and Shanghai to show how this could dramatically decrease travel times.

More on maglev: China Is Set to Start Work on the World’s Fastest Maglev Train

Electric Cars May Be Cheaper Than Gas Guzzlers in 7 Years — If People Actually Buy Them
3. 23. 18
Read More
The U.S.'s First Private, High-Speed Train Service is Opening in Florida
12. 9. 17
Read More
China Has Launched the World's First All-Electric Cargo Ship
12. 5. 17
Read More
+Social+Newsletter
TopicsAbout UsContact Us
Copyright ©, Camden Media Inc All Rights Reserved. See our User Agreement, Privacy Policy and Data Use Policy. The material on this site may not be reproduced, distributed, transmitted, cached or otherwise used, except with prior written permission of Futurism. Articles may contain affiliate links which enable us to share in the revenue of any purchases made.
Fonts by Typekit and Monotype.