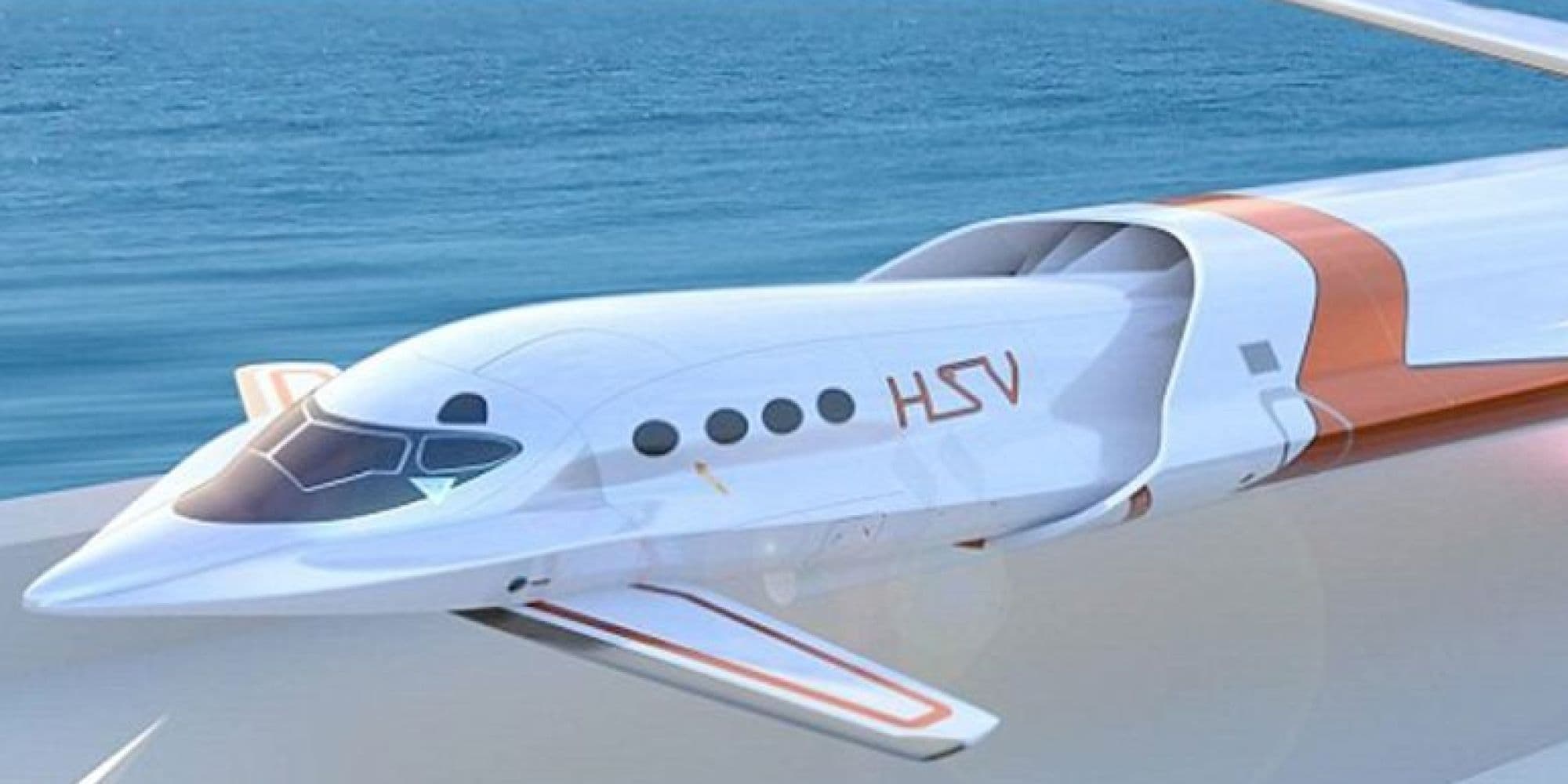 Canadian engineer, Charles Bombardier, unveils a new high-speed aircraft concept that can travel at speeds of up to Mach 10--five times the speed of the fastest commercial jet today, the Concorde. Dubbed The Skreemr, the four-winged scramjet would employ a railgun launching system, similar to how Japan's maglev trains work--which allow the train carriage to levitate to avoid friction, allowing the jet to launch at incredible speeds. Simultaneously, it will ignite liquid oxygen and two kerosene rockets to increase altitude and accelerate at an estimated 7,673 miles per hour.

While still at the very early conceptual stage, The Skreemr is a pioneering model for air travel that can significantly change the efficiency of commercial flying. "The Skreemr would be used as a commercial aircraft to fly from one continent to the next. It would fly five times faster than the Concorde and it could carry around 75 passengers," Bombardier says. Hypothetically, this could bring passengers from New York to London in just half an hour. Despite the engineer's enthusiasm for its potential however, technological challenges surrounding supersonic air travel are evident. These include finding affordable material that can withstand the extreme heat that the Skreemr's acceleration will create, as well as launching the jet while protecting the passengers from g-force.

Read This Next
Futurism
NY to London in 3 Hours: NASA is Bringing Back Supersonic Planes
Futurism
Reaching Mach 6: Lockheed Martin Technology Makes Major Aircraft Breakthroughs
Futurism
A Revolution in Flight: Jet and Rocket Engines Combined in New Prototype
More on Sci-Fi Visions
What is Happening
Feb 1 on the byte
Elon Musk Sets His Twitter Account to Private
From the Dept. of...
Jan 30 on futurism
The Best Humidifiers of 2023
Human v. Giraffe
Jan 24 on the byte
Chaotic Italian Fashion Line Baffles Facial Recognition Software
READ MORE STORIES ABOUT / Sci-Fi Visions
Keep up.
Subscribe to our daily newsletter to keep in touch with the subjects shaping our future.
+Social+Newsletter
TopicsAbout UsContact Us
Copyright ©, Camden Media Inc All Rights Reserved. See our User Agreement, Privacy Policy and Data Use Policy. The material on this site may not be reproduced, distributed, transmitted, cached or otherwise used, except with prior written permission of Futurism. Articles may contain affiliate links which enable us to share in the revenue of any purchases made.
Fonts by Typekit and Monotype.