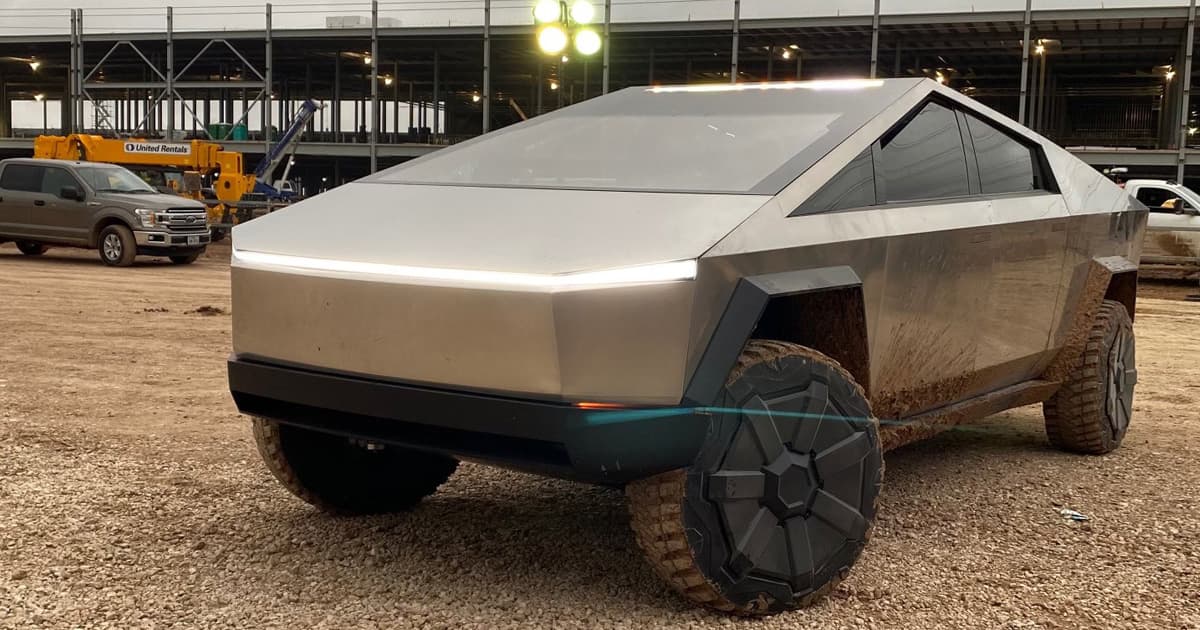 "I was just there, driving Cybertruck around the site where it will be built!"

"I was just there, driving Cybertruck around the site where it will be built!"

During a recent visit to Tesla's factory in Austin, Texas, CEO Elon Musk decided to take a prototype of the company's long-awaited electric pickup, the Cybertruck, out for a spin.

Videos of the event showed the brutalist truck drive over the site's dirt-covered grounds.

"I was just there, driving Cybertruck around the site where it will be built!" Musk wrote in a tweet, referring to the Austin factory.

According to first hand reports, Musk took some time walking around and talking to a crowd of workers that had gathered.

The sighting, leaving many Tesla enthusiasts practically peeing their pants, was accompanied by some more sobering news: the car company may hit some production snags later this year.

"Limited production of Model Y this year, high volume next year," Musk wrote in a follow-up tweet. "Same with Berlin," he added, referring to the company's factory in Germany, which is currently under construction.

It's still unclear if the production slow down will affect the Cybertruck as well. The vehicle was meant to start shipping later this year.

In January, Musk claimed during an earnings call that "we'll make a few deliveries of the Cybertruck in 2021, but volume production is set for next year."

Musk may have omitted any news on the truck for a reason — but it's hard to know for sure. Creating an entirely new vehicle that is strikingly different than all of Tesla's other vehicles is bound to throw the company some wrenches along the line.