"We tested it in the real world, so our customers don’t have to." 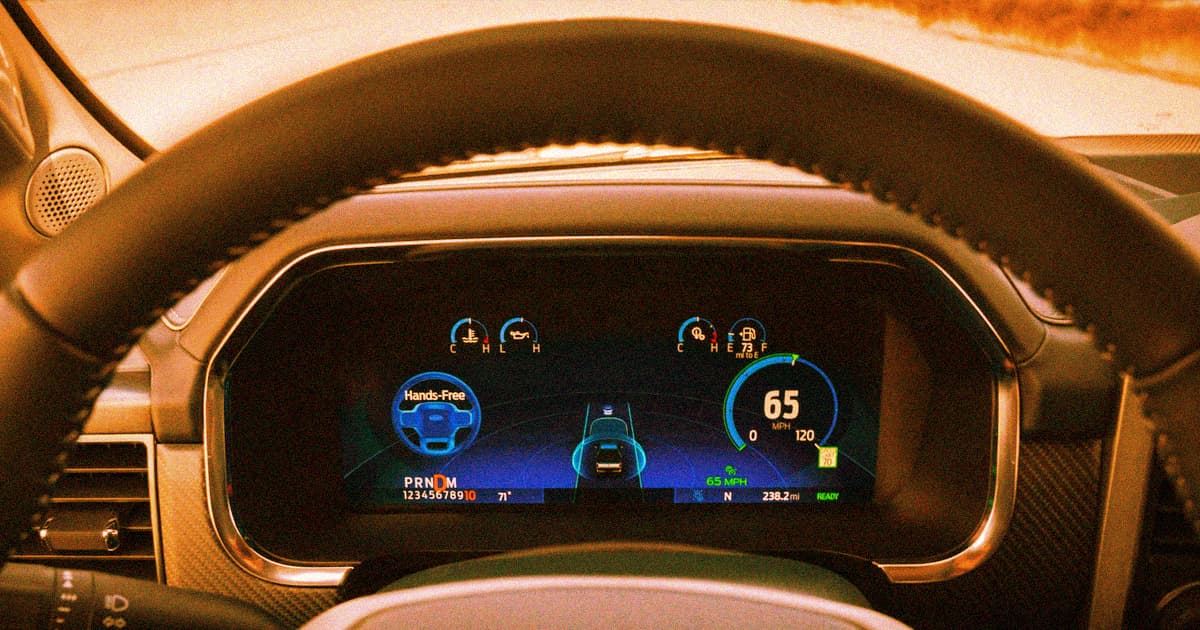 CEO Jim Farley took the opportunity to take potshots at the competition.

"BlueCruise! We tested it in the real world, so our customers don’t have to," the executive wrote in a tweet, an apparent reference to how Tesla chose to test its latest "Full Self-Driving" (FSD) technologies through a much-criticized public beta.

BlueCruise! We tested it in the real world, so our customers don’t have to. pic.twitter.com/dgqVkWH31r

In October 2020, Tesla opened the FSD beta to about 2,000 beta testers. Some of these drivers, as the Elon Musk-led company admitted last month, had their access to the beta revoked after reportedly not paying enough attention to the road.

The FSD feature allows Tesla vehicles to autonomously take turns and navigate complex driving situations including four way intersections — but it falls short of being a "full" self-driving experience, despite its name. In fact, a German court ruled it to be false advertising last year.

It's a controversial technology, CNBC reports, with several crashes being reported recently.

Ford's BlueCruise system will make its way to the 2021 Ford F-150 and 2021 Mustang Mach-E later this year. According to the company, the system has been refined over 500,000 miles of driving.

The company deployed ten test vehicles, including F-150s and Mach-Es, on a 110,000 mile road trip through 37 states and five Canadian provinces to test it out in a variety of road conditions.

"There are highway intricacies and driving conditions that you simply cannot replicate in a lab," said Hau Thai-Tang, Ford’s chief product platform and operations officer, in an official statement. "Sending these vehicles out for real-world driving experience is just one of many ways we ensured that BlueCruise technology offers confidence and convenience for drivers all across the continent."

The system aims a bit lower than FSD, promising fewer features and omitting particularly challenging tasks like autonomous city driving. It'll also use a camera monitoring system that won't require drivers to periodically "check in" with a touch of the steering wheel, as is the case for Tesla's FSD.

Tesla drivers have arguably long been the car company's guinea pigs — which some superfans see as a cool feature, but others decry as an ethical minefield.

Perhaps the conventional road of developing and testing the software in-house is the safer way to go.

Read This Next
Where's Musko
7 Theories About Why Elon Musk Has Disappeared
Charged Up
Startup Says Amazing New Battery Lets EVs Drive 400 Miles, Recharge in 15 Minutes
tesla recall
Tesla Accused of Shutting Off Autopilot Moments Before Impact
Fiery Furnaces
Firefighters Struggle as Junkyard Tesla Bursts Into Flames Weeks After Crash
New Low Score
Tesla Reportedly Giving Full Self-Driving Beta to Basically Anybody Now
More on Advanced Transport
Robotaxi to Nowhere
Yesterday on the byte
Group of Robotaxis All Shut Down at Same Moment, Stopping Traffic for Hours
Here for the ride
Wednesday on the byte
GM's Robotaxis Are Now Collecting Fares with No Safety Driver
Sign Me Up
Wednesday on the byte
Airline Announces Plans to Add Spacious Bunk Beds to Economy Class
READ MORE STORIES ABOUT / Advanced Transport
Keep up.
Subscribe to our daily newsletter to keep in touch with the subjects shaping our future.
+Social+Newsletter
TopicsAbout UsContact Us
Copyright ©, Camden Media Inc All Rights Reserved. See our User Agreement, Privacy Policy and Data Use Policy. The material on this site may not be reproduced, distributed, transmitted, cached or otherwise used, except with prior written permission of Futurism. Fonts by Typekit and Monotype.