The result is a dashboard glittering with glowing, colored lines outlining everything the vehicle's neural network "sees." 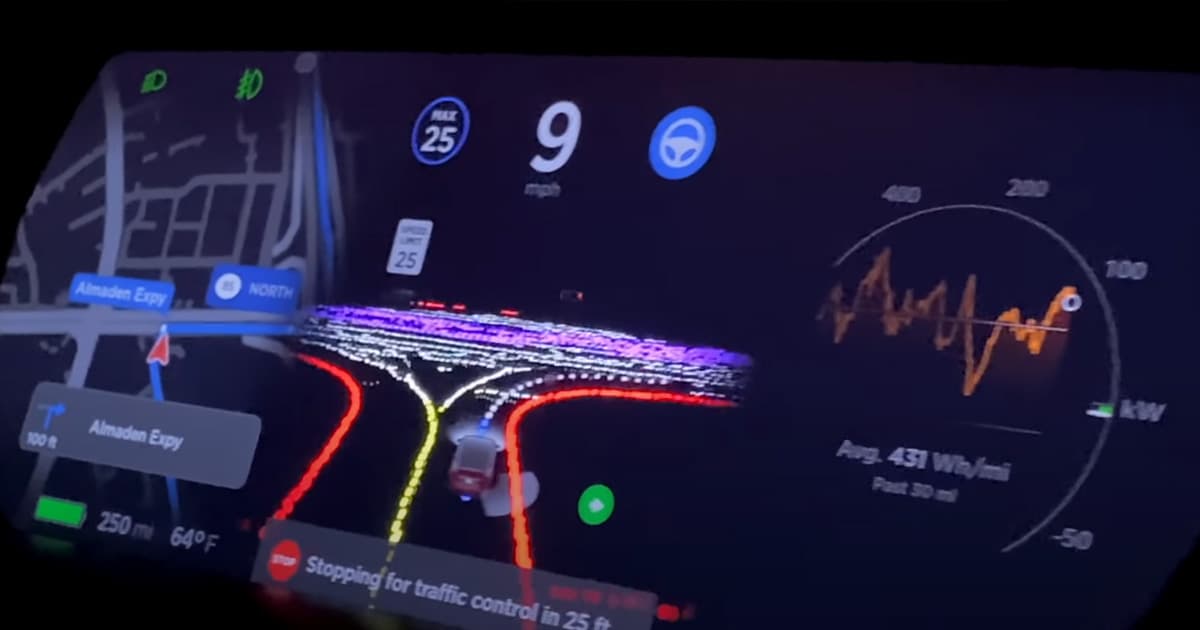 That was one reaction to Tesla's latest "Full Self-Driving" (FSD) beta, an upgrade to the electric car company's self-driving suite that CEO Elon Musk called a "quantum leap," by an owner who was selected to test it out this week.

Musk's dream of fully autonomous driving just made a substantial jump forward. To some, it's a major technological accomplishment — and to others, a reckless move that is a disaster waiting to happen.

So far, the beta has only gone out to a small group of hand-picked drivers who Musk characterized as "expert and careful drivers."

Until now, Autopilot and FSD — the latter of which is getting a $2,000 price increase to $10,000 — have allowed Tesla owners to change lanes, get on and off highways, and summon their cars in parking lots.

The most recent update that had gone out to the public allowed vehicles to slow down and accelerate at stop lights autonomously.

But the new beta is something else, at least given the reaction by the folks behind Tesla fan club Tesla Owners Silicon Valley, as seen in the video below.

The new update allows the vehicle to highlight everything on the road, including pedestrians, unmarked lane dividers, and even parked cars on the side.

The result is a dashboard glittering with glowing, colored lines outlining everything the vehicle's neural network "sees." And, for some trips, it can get you from point A to point B completely autonomously.

"It paused to look, dude!" one Tesla owner said in the video before the car took its first turn, clearly rattled a little by the experience.

"I almost felt like I was still driving, because I still looked [before making a turn], and the car felt like it was looking, so that was amazing and truly mind-blowing how it was working," the passenger in the video reflected after his first experience with the feature.

In its current state, the beta still requires drivers to keep both hands near the steering wheel at all times.

With the beta installed, the vehicles can self-navigate through almost anything — but that also means it needs to be handled with extreme care.

"Full Self-Driving is in early limited access Beta and must be used with additional caution," a notice going out to participants read. "It may do the wrong thing at the worst time, so you must always keep your hands on the wheel and pay extra attention to the road."

"Do not become complacent," Tesla wrote.

The beta will see a "wide release" before the end of this year, as The Verge reports. That means, if it lands in the wrong hands, we will likely see far more reckless behavior from Tesla owners, just like we've seen with previous self-driving feature updates over the years.

READ MORE: Tesla’s ‘Full Self-Driving’ beta is here, and it looks scary as hell [The Verge]

Read This Next
Stay Away
Tesla Is Having Extreme Trouble Hiring, for Some Reason
It Was the Tesla
Manslaughter Case Has a Strange Twist: Tesla That Killed Couple Was on Autopilot
Full Self-Delusion
Survey: 42% of Tesla Autopilot Drivers Think Their Cars Can Entirely Drive Themselves
Musk Antics
Elon Musk Has a Big Problem on His Hands
Please Elon
Why These Tesla Owners Are Going on a Hunger Strike Against Tesla
More on Advanced Transport
Pepsi Semi
Dec 2 on the byte
Tesla Semi Truck Drives 500 Miles Fully Loaded
Out With a Bang
Nov 29 on the byte
Driver Says His Ford F-150 Lightning Made a "Loud Boom" and Died When He Plugged It In
Deep in a Hole
Nov 29 on the byte
Something Very Weird Is Going on at Elon Musk's Boring Company
READ MORE STORIES ABOUT / Advanced Transport
Keep up.
Subscribe to our daily newsletter to keep in touch with the subjects shaping our future.
+Social+Newsletter
TopicsAbout UsContact Us
Copyright ©, Camden Media Inc All Rights Reserved. See our User Agreement, Privacy Policy and Data Use Policy. The material on this site may not be reproduced, distributed, transmitted, cached or otherwise used, except with prior written permission of Futurism. Articles may contain affiliate links which enable us to share in the revenue of any purchases made.
Fonts by Typekit and Monotype.