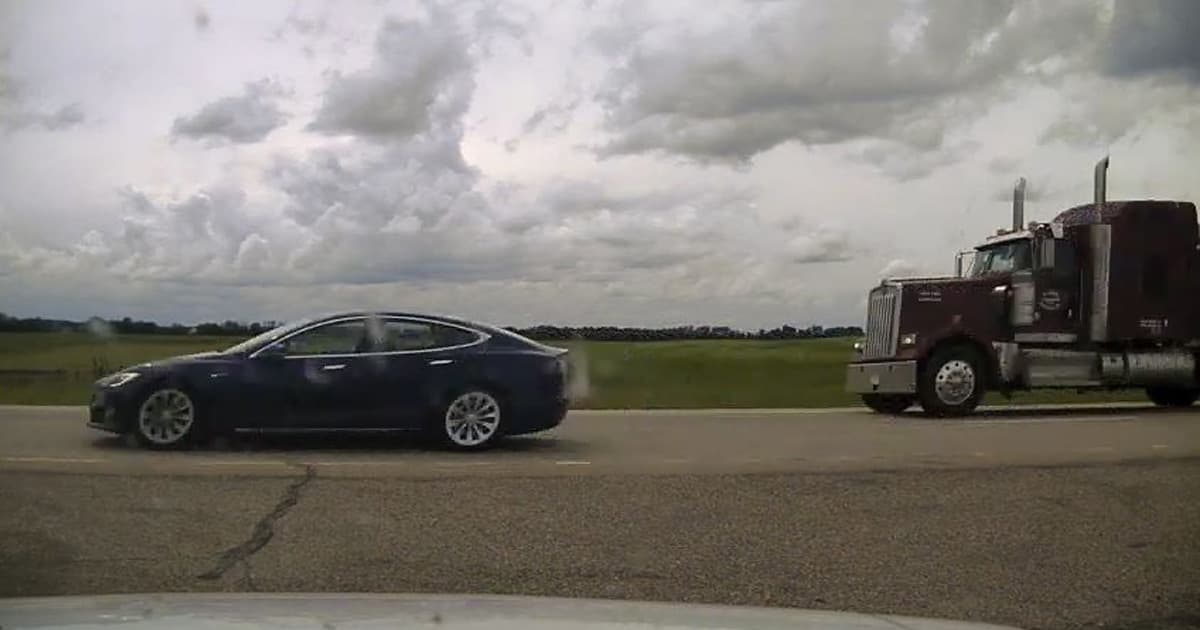 Canadian cops say they pulled over a Tesla that was traveling at 93 miles per hour — while the driver was completely asleep, with the seat pulled down like a bed.

"The officer was able to obtain radar readings on the vehicle, confirming that it had automatically accelerated up to exactly 150 km/h [93 mph]," the Royal Canadian Mounted Police said in a statement to Global News.

Tesla's "Autopilot" feature, which offers a range of driver assistance technologies like lane centering and semi-autonomous navigation on highways, has blossomed into an unlikely public health hazard, as more and more news reports emerge of drivers engaging it and then taking a nap or otherwise ceasing to pay attention to the road.

One Tesla driver was eating and drinking during an accident, another was watching a movie on his phone when he smashed into several police cars, and yet another was playing a video game.

The Canadian police are mincing no words about the latest incident, over which they charged the driver with speeding and issued a 24-hour license suspension.

"Although manufacturers of new vehicles have built-in safeguards to prevent drivers from taking advantage of the new safety systems in vehicles, those systems are just that — supplemental safety systems," RCMP Supt. Gary Graham said in a statement to Global News. "They are not self-driving systems, they still come with the responsibility of driving."