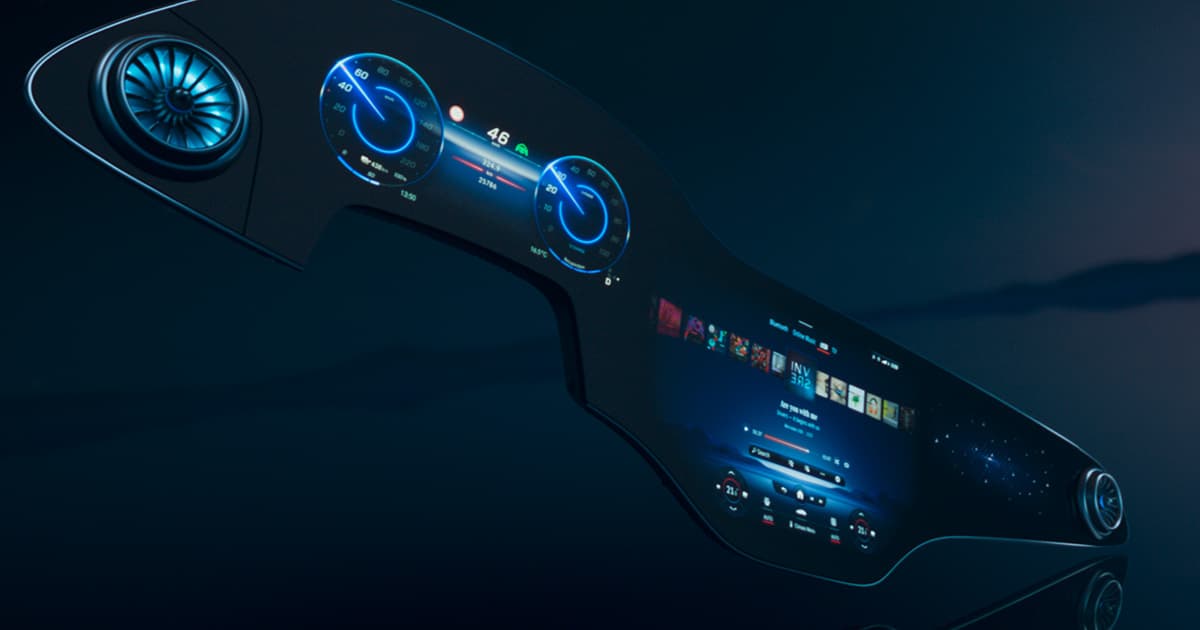 The giant display includes everything from the speedometer to the entertainment system — and it's going on sale later this year.

The giant display includes everything from the speedometer to the entertainment system — and it's going on sale later this year.

German automaker Mercedes-Benz has just unveiled a futuristic vision for its upcoming EQS luxury electric sedan: a wall-to-wall, 56-inch touchscreen called "Hyperscreen" that encompasses everything from the speedometer to the entertainment system.

The gigantic display, part of the company's Mercedes-Benz User Experience (MBUX), is actually made out of several displays built into one long piece of curved glass.

There are three general areas under the huge display: a central infotainment screen, a dashboard for behind the steering wheel, and an additional screen for the passenger.

The automaker doesn't want drivers to scroll through numerous menus and has worked to make only the most important items available during operation of the vehicle. Mercedes-Benz calls this the interface's "zero layer."

The automaker also didn't shy away from including AI-based features, either.

"If you always call one particular person on the way home on Tuesday evenings, you will be asked to make a corresponding call on that day of the week and that specific time of day," reads an official statement. Other features, like seat or steering wheel heating, would also be offered up by the system depending on the driver's preferences.

This "zero layer" feature is meant to make the Hyperscreen as simple to use as possible while minimizing distractions.

"The MBUX Hyperscreen continually gets to know the customer better and delivers a tailored, personalized infotainment and operating offering before the occupant even has to click or scroll anywhere," Mercedes-Benz board member and CTO Sajjad Khan said in the statement.

The carmaker's EQ lineup of cars are set to go into production later this year.