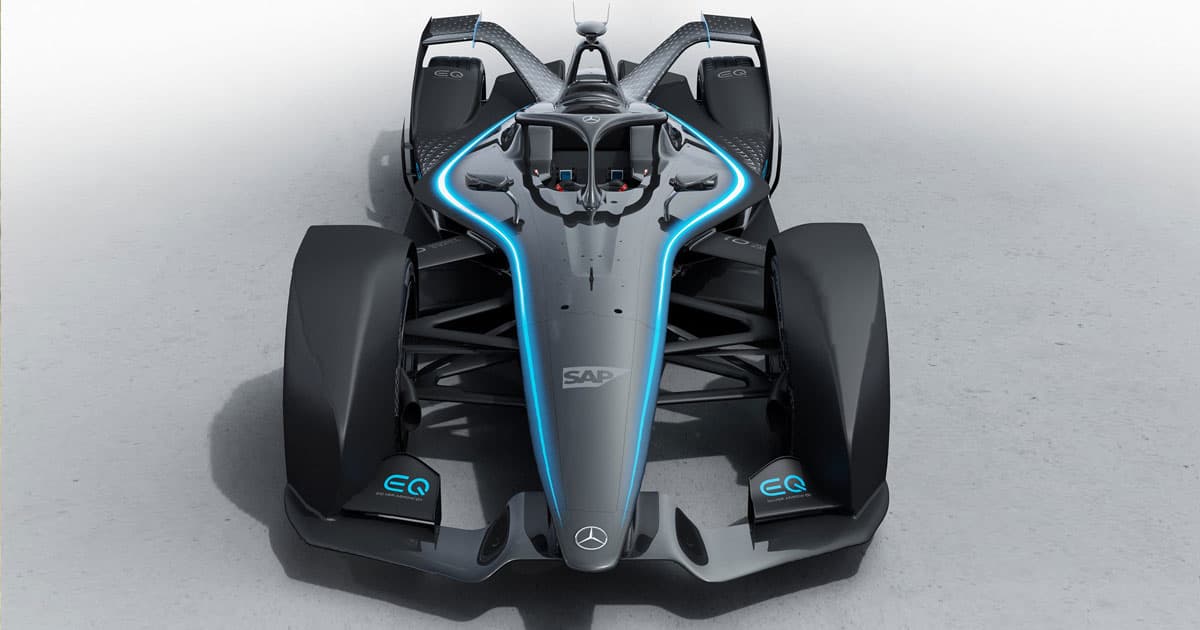 The EQ Silver Arrow 01 will be Mercedes-Benz’ entry for the upcoming Formula E racing series at the end of this year — and it’s a beautiful vision of racing machinery beyond the age of fossil fuels.

Formula E contenders are racecars built by automakers including Audi, BMW, Nio, Nissan, and Jaguar. German automaker Porsche is also expected to jump on board for the upcoming season.

To put those numbers into perspective: a Formula 1 regulation racecar for the 2018 season had to have a minimum weight of 1638 pounds (734 kg). Their engines achieve close to 1000 horsepower.

A big difference between Formula E and Formula 1 is that automakers in the former are allowed to develop their own drivetrains, as The Verge points out. That’s a big deal for an EV: it means everything hooked up to the battery pack can be determined by each automaker.

That’s proving to be a big draw for EV automakers: they can use the vehicles to showcase both their drivetrains and electric car offerings.

Formular E’s 2019/2020 season — the sixth so far — is set to kick off in December in Saudi Arabia’s Ad-Diriyah Street Circuit.

More on Formula 1: A Guy Trained on Video Games Just Beat a Formula 1 Driver on a Real Track

Read This Next
Futurism
Mercedes-Benz Just Unveiled New All Electric Plans
Futurism
The Bloodhound Supersonic Car Zooms at 340 Km/H for its First Public Test
Futurism
Elon Musk Challenged Mercedes’ Parent Company to Invest $10 Billion in Electric Cars
Futurism
Here’s the First Look at Mercedes’ New $2.7 Million Hypercar
Futurism
Here’s What We Know About the New Hydrogen Car From Mercedes Benz
More on Advanced Transport
Irony Horses
Friday on the byte
Elon Musk’s Tunnel Mocked for Getting Its Own Traffic Jam
Range Rover
Thursday on the byte
Tesla Drives 750 Miles With Upgraded Battery
Shades of Grey
Wednesday on the byte
BMW Shows Off Car That Changes Color at the “Touch of a Button”
READ MORE STORIES ABOUT / Advanced Transport
Keep up.
Subscribe to our daily newsletter to keep in touch with the subjects shaping our future.