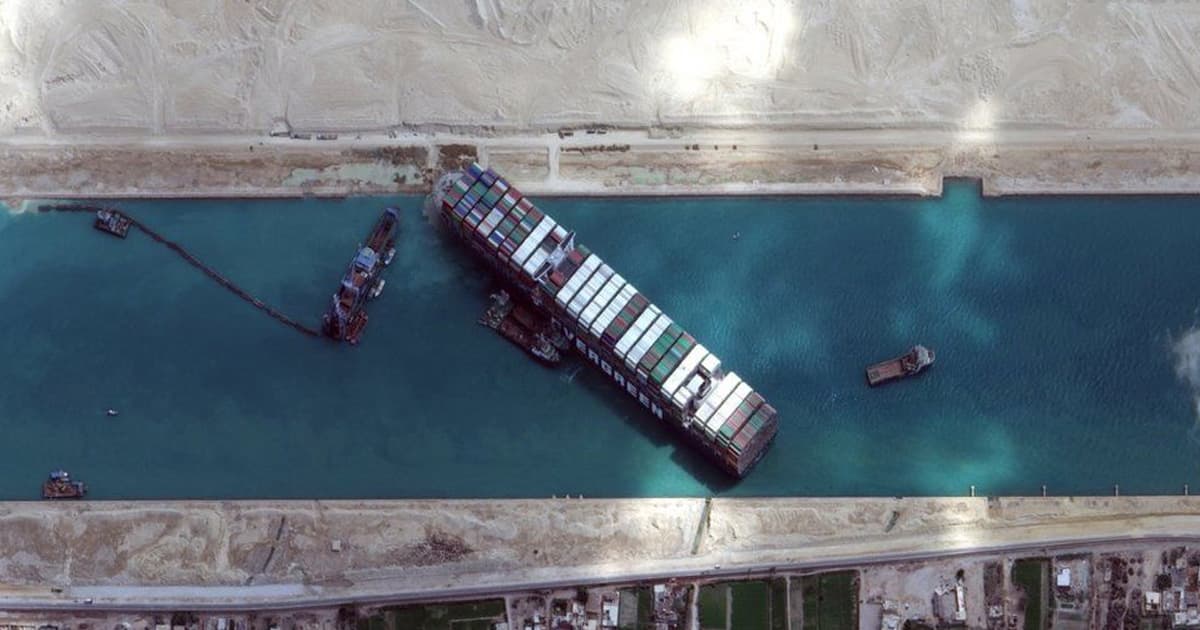 "May God let it arrive safely."

"May God let it arrive safely."

Remember that giant container ship that got stuck in the Suez Canal in Egypt? Well, it's finally on the move.

The Ever Given, a 1,310-foot vessel loaded with around 18,300 containers, finally resumed its journey and left the Canal on Wednesday, as Reuters reports — perhaps the perfect analogy for the return of (almost) normal life following the coronavirus pandemic.

In case you're counting, the big boat spent 106 days in the canal after becoming hopelessly stuck for nearly a week back in March. The canal accounts for about 15 percent of global trade, meaning that the embarrassing situation ended up tearing through billions of dollars in global trade.

The ship was promptly seized by Egyptian authorities from The Suez Canal Authority (SCA) in mid-April, who claimed that the owner, Japanese holding company Shoei Kisen Kaisha, owed them $900 million. The demand was eventually lowered to $550 million.

Now, the holding company has signed a compensation settlement, giving the Ever Given green light to finally leave the Suez Canal, according to Reuters. The vessel has joined a northbound convoy and will have to undergo yet another dive inspection of its hull at the next port.

The world of shipping will never be quite the same.

"There are many lessons to be learned from the in-depth inquiry still underway, but we are pleased to see the Ever Given sailing again," Guy Platten, secretary general of the International Chamber of Shipping, told Reuters.

The SCA is now planning to widen the section where the Ever Given got stuck.

Thousands employed in the area can finally breathe a sigh of relief.

"May God let it arrive safely," Tarek Alzeki, captain of a tug boat carrying reporters, said, as quoted by Reuters. "It is a beautiful thing... we are happy, of course."

READ MORE: Ever Given container ship begins exit from Suez Canal 106 days after getting stuck [Reuters]

More on the ship: Watch the Amazing Moment as the Giant Ship Finally Gets Unstuck