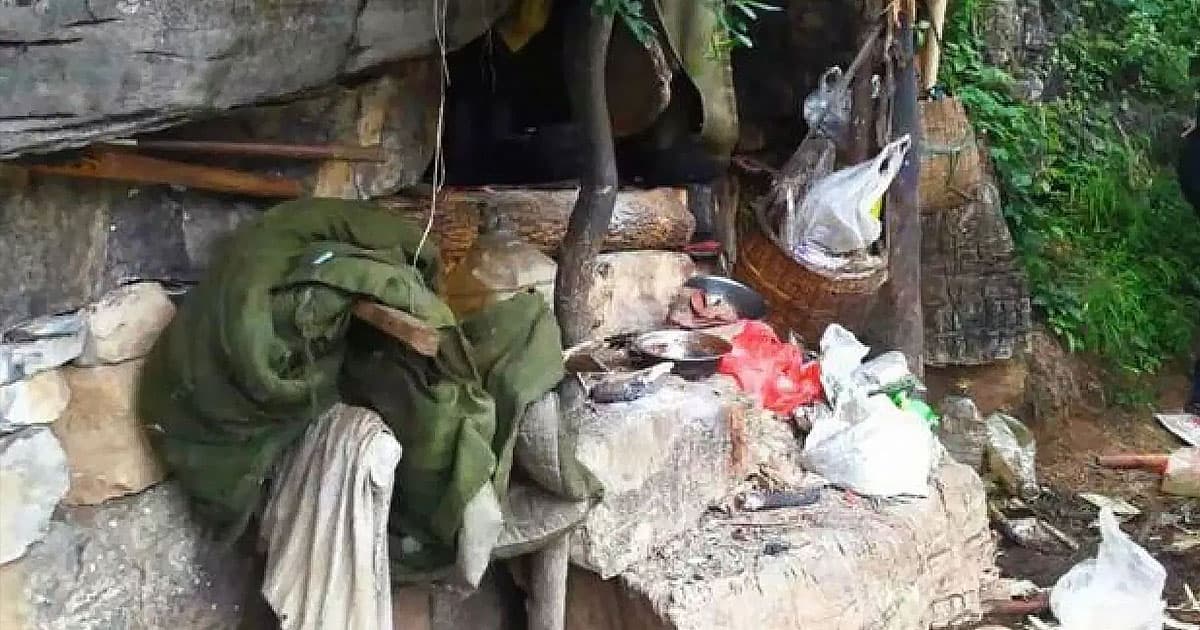 After 17 years on the lam, the human trafficker is now back in prison.

After 17 years on the lam, the human trafficker is now back in prison.

In 2002, Song Jiang escaped from the Chinese prison camp where he was serving a sentence for trafficking women and children.

After 17 years on the lam, Song is now back in custody — because the tiny cave where he'd been hiding out was spotted by a camera-equipped drone.

On Friday, Yongshan police released a statement on the Chinese messenger app WeChat. In it, they noted that they'd received a tip earlier in September that Song was living in the mountains behind his hometown.

Searches of the secluded area on foot failed to yield any trace of Song, however, so officials decided to send drones over the area to hunt for the fugitive.

Eventually, a drone spotted the blue roof covering Song's hideout. Officials then trekked to the cave on foot, where they found the elderly fugitive.

They say Song had apparently been living in the tiny cave for years — and were it not for the drone tech that helped law enforcement find him, he might have continued hiding out there for the rest of his life.

READ MORE: Fugitive on run for 17 years found living in cave by a drone [BBC News]

FROM THE DEPT. OF THINGS TO BUY
The Best Science Gifts of 2023
10. 19. 22
Read More
Quantum Supremacy
US Sanctions Chinese Quantum Computing Firms for... Reasons
11. 29. 21
Read More
Quantum Solutions
Chinese Scientists Say They Now Have the World's Most Powerful Quantum Computer
7. 6. 21
Read More
+Social+Newsletter
TopicsAbout UsContact Us
Copyright ©, Camden Media Inc All Rights Reserved. See our User Agreement, Privacy Policy and Data Use Policy. The material on this site may not be reproduced, distributed, transmitted, cached or otherwise used, except with prior written permission of Futurism. Articles may contain affiliate links which enable us to share in the revenue of any purchases made.
Fonts by Typekit and Monotype.