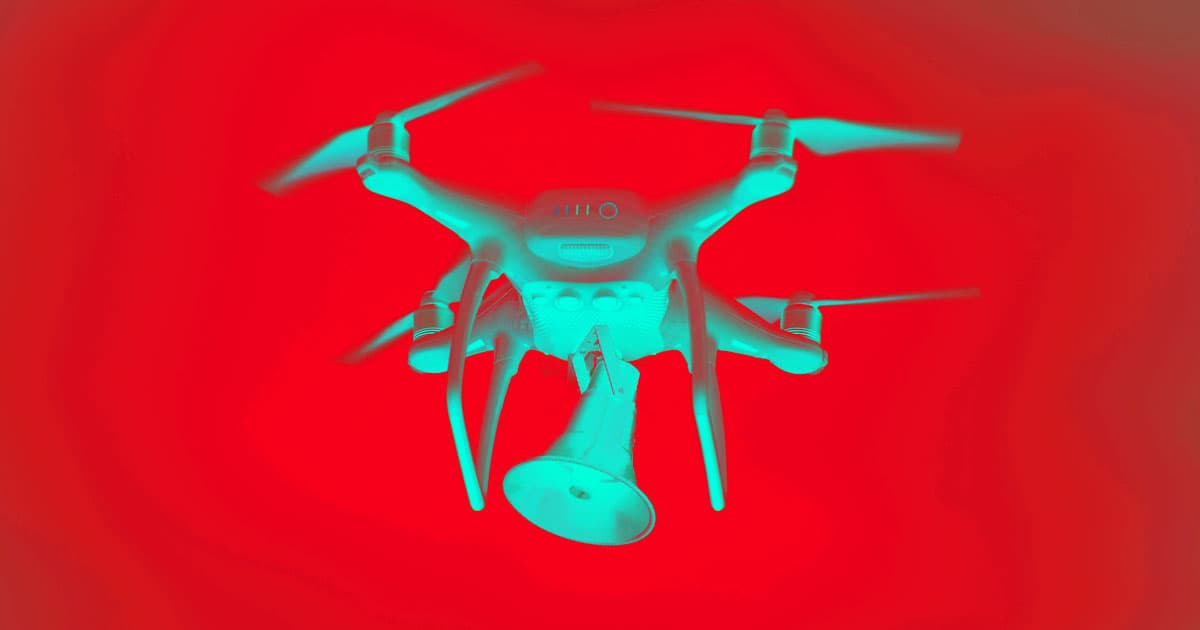 Are nagging, hovering drones the future of the surveillance state?

Are nagging, hovering drones the future of the surveillance state?

Police in China don't have to pull drivers over to warn them of traffic offenses — now they can just bark orders from hovering drones.

On Friday, state broadcaster CCTV aired footage of traffic police using a drone to tell a scooter rider to put on his helmet, according to a newly published South China Morning Post story. After realizing the disembodied voice was speaking to him, the rider sheepishly complied.

SCMP reported that within four hours, the clip garnered 34 million views on the Twitter-like Chinese site Weibo, with most social media users appearing to find it humorous.

That response could indicate that people in China are becoming — or, perhaps, already are — desensitized to the nation's Big Brother-esque surveillance efforts.

After all, China is already home to arguably the world's most extensive network of facial recognition-equipped security cameras. It closely monitors — and controls — citizens' online activity, using what it learns to assign each person a social credit score that can prevent them from traveling outside the nation's borders.

Compared to all that, a police drone that monitors and bosses around citizens as they navigate Chinese streets probably does seem funny.

READ MORE: Traffic police in China are using drones to give orders from above [South China Morning Post]

Panopticam
Tech Exec Brags That New Phone' Cameras Will Always Be Watching You
12. 2. 21
Read More
Quantum Supremacy
US Sanctions Chinese Quantum Computing Firms for... Reasons
11. 29. 21
Read More
Stranger Danger?
Woman Freaks Out After Discovering an Apple Tracking Device on Her Car
11. 19. 21
Read More
+Social+Newsletter
TopicsAbout UsContact Us
Copyright ©, Camden Media Inc All Rights Reserved. See our User Agreement, Privacy Policy and Data Use Policy. The material on this site may not be reproduced, distributed, transmitted, cached or otherwise used, except with prior written permission of Futurism. Articles may contain affiliate links which enable us to share in the revenue of any purchases made.
Fonts by Typekit and Monotype.