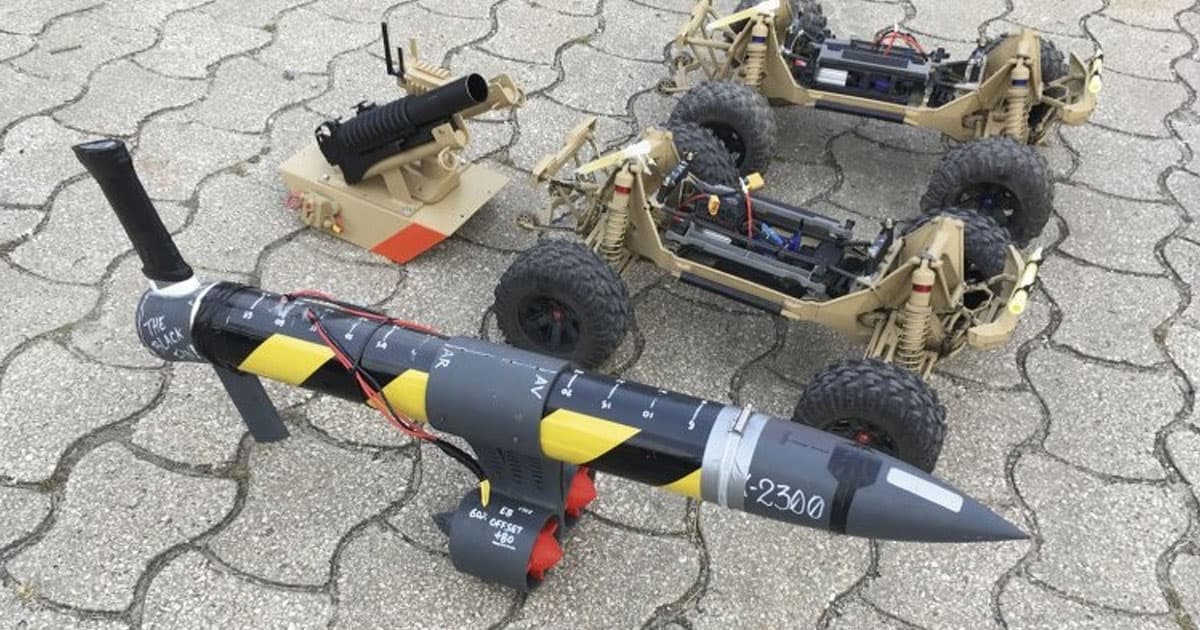 If you see one of these toy cars coming at you, run.

If you see one of these toy cars coming at you, run.

During a recent NATO event, Portugal's navy demonstrated several of its uncrewed robotics and drone systems.

Among the weapons demoed: a pair of remote-controlled toy cars modified to house grenade launchers, according to a story by the military magazine Jane's Defence Weekly.

Portugal calls the unit behind the MacGyvered prototype weapons the Unmanned Vehicle Experimentation Cell (CEOV), and it's been hacking together devices for the navy since 2017.

According to the Jane's Defence story, the unit comprises fewer than 12 sailors, whose job it is to bring a DIY sensibility to hardware hacking and engineering.

The goal of the CEOV is to figure out how enemies might exploit easily accessible tech for nefarious means so that Portugal's navy can develop effective countermeasures in advance.

As the unit's leader, Portuguese Navy Fleet Commander Vice Admiral Gouveia e Melo, said during the NATO event, it essentially aims to "fight asymmetric threats with asymmetric thinking" — and it's hard to think of anything more outside-the-box than strapping weapons to tech you could find at your local toy store.