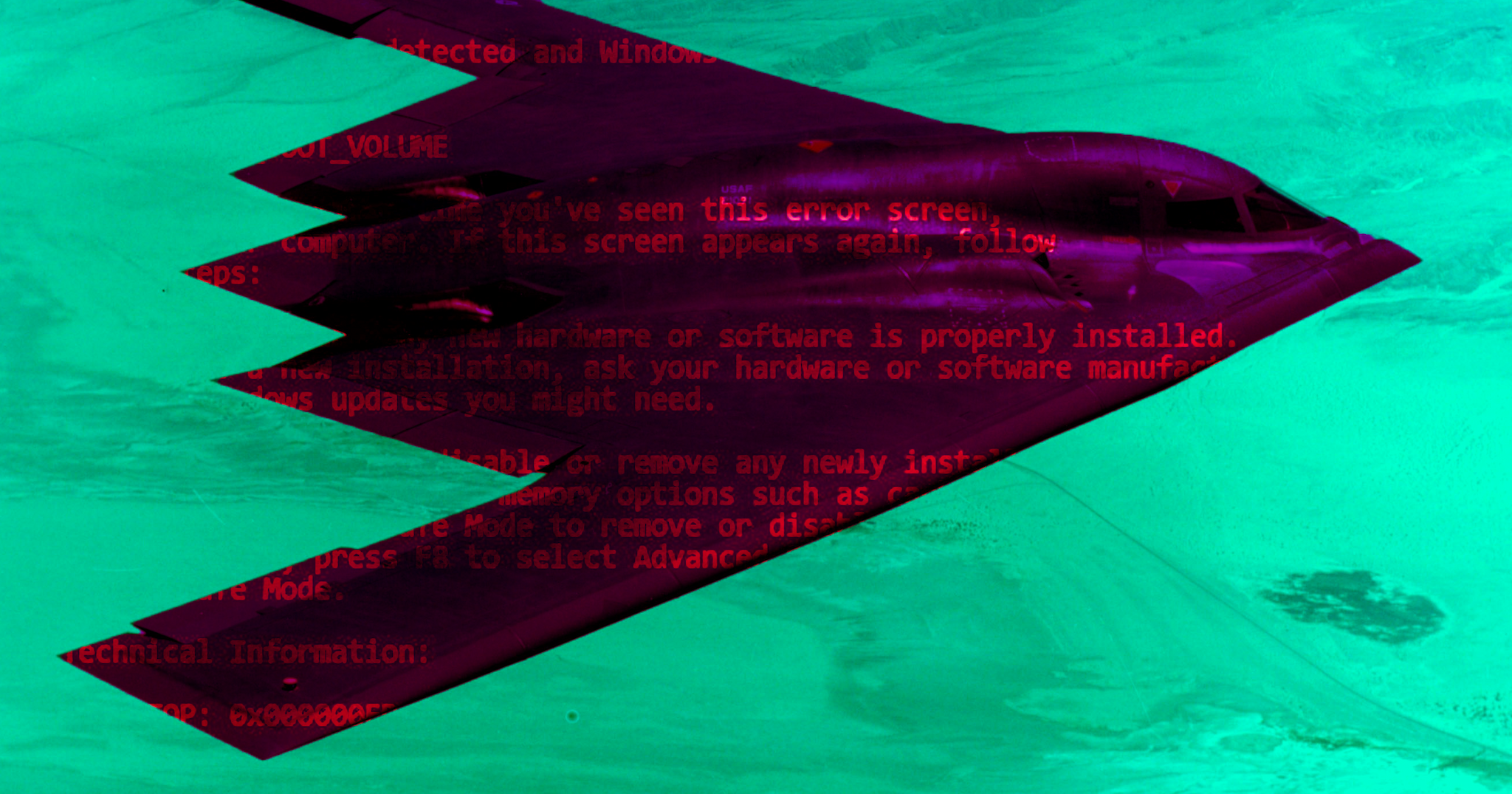 On Tuesday, the Government Accountability Office announced that the Pentagon had been caught off guard. It turns out that an entire generation’s worth of weapons systems, including those that are still being developed, are really easy to hack.

There's pretty much no excuse for the military to be so lax in its digital security, since its weaponry — plus the nature of warfare itself — is increasingly digital.

If the military did have an excuse, though, it would be that several of the tests over the years were incomplete, which led officials to disregard the vulnerabilities that popped up.

The report, which left out many crucial details about which systems were most vulnerable, said that small teams of white-hat hackers were able to jack into various weapons systems within an hour.

Hackers, the report said, were able to take control of "major weapon systems" and "operate largely undetected, due in part to basic issues such as poor password management and unencrypted communications."

In fact, the military’s weak-ass cybersecurity has been routinely failing these tests since 2012, according to the report.

Let’s not forget how outrageously stupid this is. The U.S. military has the highest budget of any military in the world — it's set to receive $674 billion of tax dollars next year — but didn’t think it was worth figuring out a way to keep its assets safe.

Hackers seem to have an awful lot to work with these days. Social media and tech companies are leaking, selling, and being robbed of private information left and right. A mountain of evidence suggests that America’s presidential elections and infrastructure were compromised by digital subterfuge in 2016.

In the face of all that, it looks as though the military left its most advanced weaponry and digital systems right out in the open.

More on cybersecurity: Leaders Who Pledged Not To Build Autonomous Killing Machines Are Ignoring The Real Problem