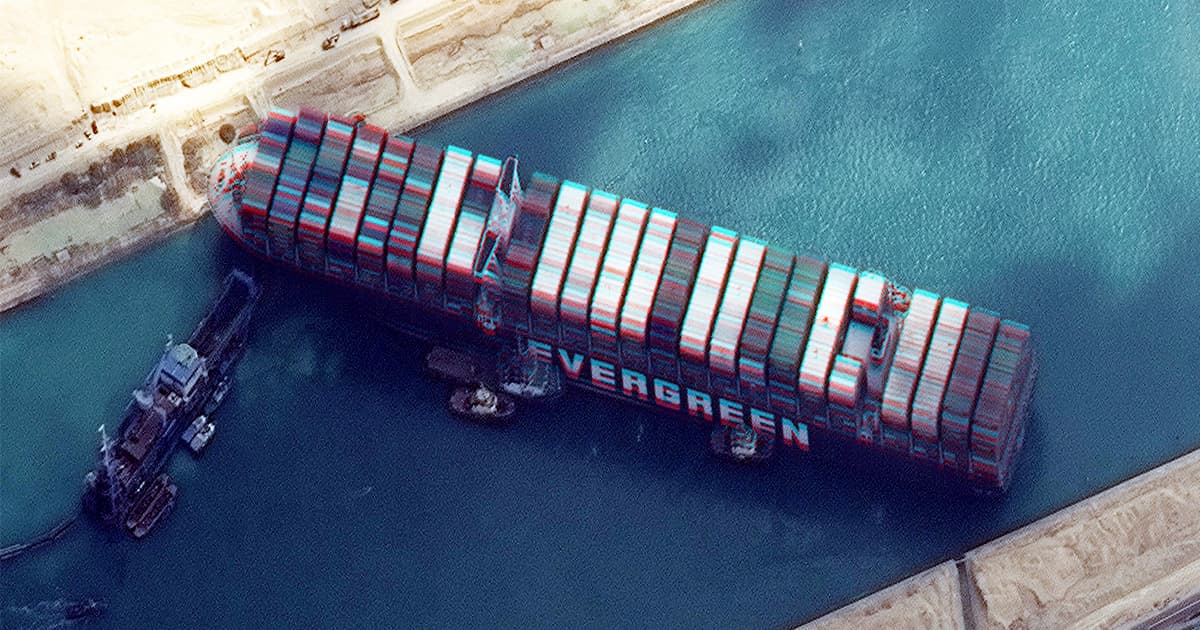 Watch the Amazing Moment as the Giant Ship Finally Gets Unstuck

Here's what it took to get it unstuck.

Here's what it took to get it unstuck.

After six days of being wedged in the banks of the Suez Canal, the giant container ship known as the "Ever Given" finally broke free on Monday afternoon local time.

It posed a massive disruption as it blocked the waterway, with hundreds of cargo ships waiting at either end of the canal. The canal accounts for an astonishing 12 percent of global trade.

But now, videos uploaded to social media show the skyscraper-sized container ship slowly making its way down the canal.

BREAKING: the ship is really moving now and horns are blaring in what sounds like celebration.

The stern has swung away from us and it looks like it’s really facing the right way now after hours of being jackknifed across the channel. pic.twitter.com/gTuvqWO5ta

Salvage teams worked tirelessly to get the ship moving again for five days and nights. The stern — that's the rear end — of the ship broke free first earlier this morning. Hours later, the bow, a massive bulb of steel that wedged itself head on into the side of the canal's walls was also successfully dislodged.

Monday turned out to be the ideal time to break it free. That's thanks to Sunday's full moon providing teams with a few extra inches of tidal flow during high tide, as The New York Times reports.

It was a gigantic undertaking, involving countless operators, tugboats, and excavators working against the clock. Specialized dredgers, which are essentially colossal vacuum cleaners, sucked up 2,000 cubic meters of material per hour to dig out the Ever Given's bow.

That was in addition to entire teams of divers who had a look beneath the ship to inspect it for damage, according to the Times.

Egypt's president Abdel Fattah el-Sisi claimed the event as a dramatic win for the Middle Eastern nation. "Egyptians have succeeded today in ending the crisis of the stuck ship in the Suez Canal despite the great complexities surrounding this situation in every aspect," he wrote in a statement on Twitter.

The blockade is not over yet. Engineers will now be inspecting the chopped up canal for damage to ensure safe passage over the next couple of days, according to NYT.

The dramatic events will come as a huge relief to a vast number of industries relying on the canal to ship their wares internationally — except for one group: internet pundits, who are in firm belief the ship should get stuck again.