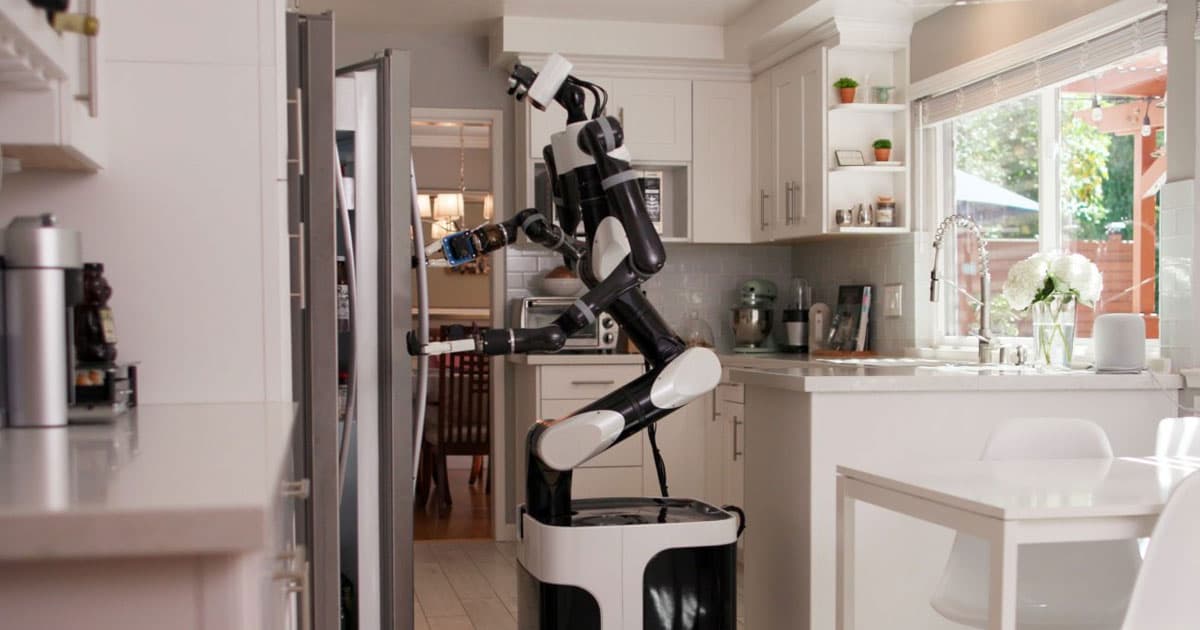 The tech lets humans look through the robot's eyes.

The tech lets humans look through the robot's eyes.

"When teaching a task, a person can try different approaches, making use of their creativity to use the robot's hands and tools to perform the task," TRI wrote in a press release. "This makes leveraging and using different tools easy, allowing humans to quickly transfer their knowledge to the robot for specific situations."

Rather than teaching the robot a specific move by feeding it a set of predetermined parameters, the researchers decided to use 3D-scanning technologies and VR to allow human instructors to see what the bot is seeing.

The human can then teach the robot everyday skills, such as picking up a cup, by annotating the scene with simple notes and instructions, according to the paper the researchers recently published on the preprint server arXiv.

TRI's home helper robot does have some limitations. It can't generalize what it has learned and apply similar skills to different situations, for example.

Don't expect the robot to go on sale any time soon, either. According to TRI, the bot isn't meant to become a consumer product, but rather serve as a proof-of-concept for future research.

More on home robots: Amazon Is Ramping up Its (Still Rather) Secretive Home Robot Project

Automating Gym Class
Toyota's Basketball Robot Can Nail Three-Pointers
4. 1. 19
Read More
Amazon Is Ramping up Its (Still Rather) Secretive Home Robot Project
4. 23. 18
Read More
Toyota's New Hydrogen Buses Are Heading to Tokyo
10. 23. 16
Read More
+Social+Newsletter
TopicsAbout UsContact Us
Copyright ©, Camden Media Inc All Rights Reserved. See our User Agreement, Privacy Policy and Data Use Policy. The material on this site may not be reproduced, distributed, transmitted, cached or otherwise used, except with prior written permission of Futurism. Fonts by Typekit and Monotype.