The fuel cell buses will go on the market early 2017. 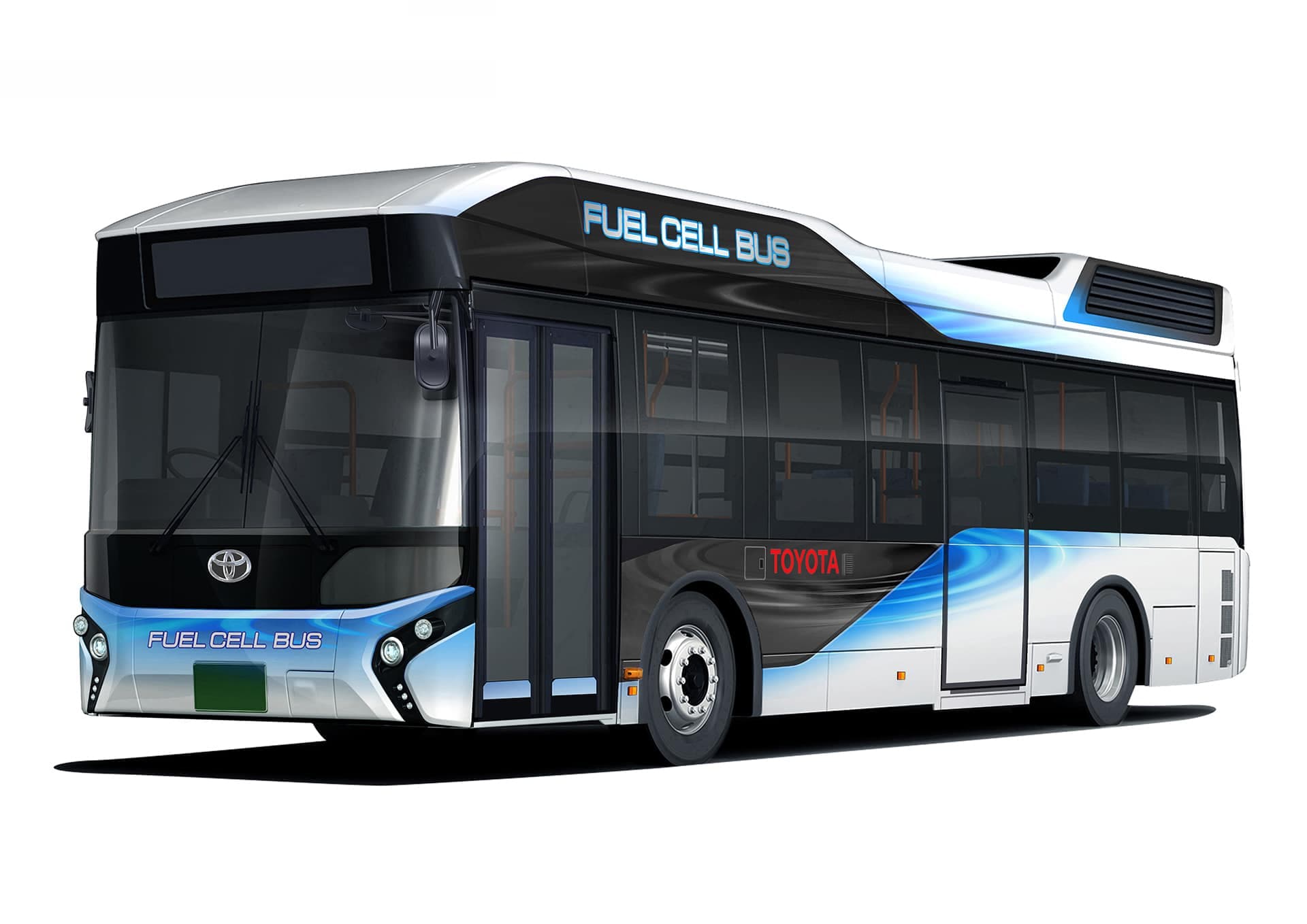 Toyota's new Murai hydrogen-powered buses will take to the streets of Toyko starting in 2017, the company has announced. The Tokyo Metropolitan Government has already purchased two buses, but the automotive manufacturer plans to sell 100 before the 2020 Olympic games hosted in Japan's capital.

"Toyota aims to engage continuously in the diligent development targeted at the expansion of the introduction of the new FC buses from 2018 so as to contribute to the realization of a hydrogen-based society," Toyota said in a press release.

The Toyota Murai bus seats 77 people, including the driver, and utilizes an improved version of the fuel cell engine developed for the Toyota Mirai sedan. Its 10 high-pressure tanks hold 600 liters of highly compressed hydrogen to provide 235 kWh of power. As Engadget reported, that's roughly three times more energy than the Tesla Model S.

The Japanese company is a force in the burgeoning fuel cell industry, developing fuel cell vehicles, forklifts, and stationary fuel cells for homes. They also continue to release energy-efficient electric vehicles, such as the Toyota Prius Prime.

Fuel cells are more energy efficient than the internal combustion engine and are less efficient than EVs. And although fuel cell engines release no harmful greenhouse gases into the environment, the processes of synthesizing hydrogen does create CO2 and methane.

Read This Next
Automating Gym Class
Toyota's Basketball Robot Can Nail Three-Pointers
Futurism
Toyota Just Unveiled the Most Efficient Plug-In Ever, the Prius Prime
Futurism
CES 2016: Toyota Building Billion-Dollar AI and Robotics Lab, Finalizes Team
Futurism
Toyota Plans to Invest $1 Billion in AI and Robotics
Futurism
Honda to Unveil Hydrogen-Powered Car With a 400 Mile Range and 3 Minute Fill Ups
More on Robots & Machines
Blow Up Doll
Monday on the byte
Ukraine Accuses Russia of Using Inflatable "Dummy Tanks," Which Deflated
From the Dept. of...
Monday on futurism
The Best UPS Battery Backups of 2023
FROM THE DEPT. OF...
Jan 29 on futurism
The Best Netgear Routers of 2023
READ MORE STORIES ABOUT / Robots & Machines
Keep up.
Subscribe to our daily newsletter to keep in touch with the subjects shaping our future.
+Social+Newsletter
TopicsAbout UsContact Us
Copyright ©, Camden Media Inc All Rights Reserved. See our User Agreement, Privacy Policy and Data Use Policy. The material on this site may not be reproduced, distributed, transmitted, cached or otherwise used, except with prior written permission of Futurism. Articles may contain affiliate links which enable us to share in the revenue of any purchases made.
Fonts by Typekit and Monotype.