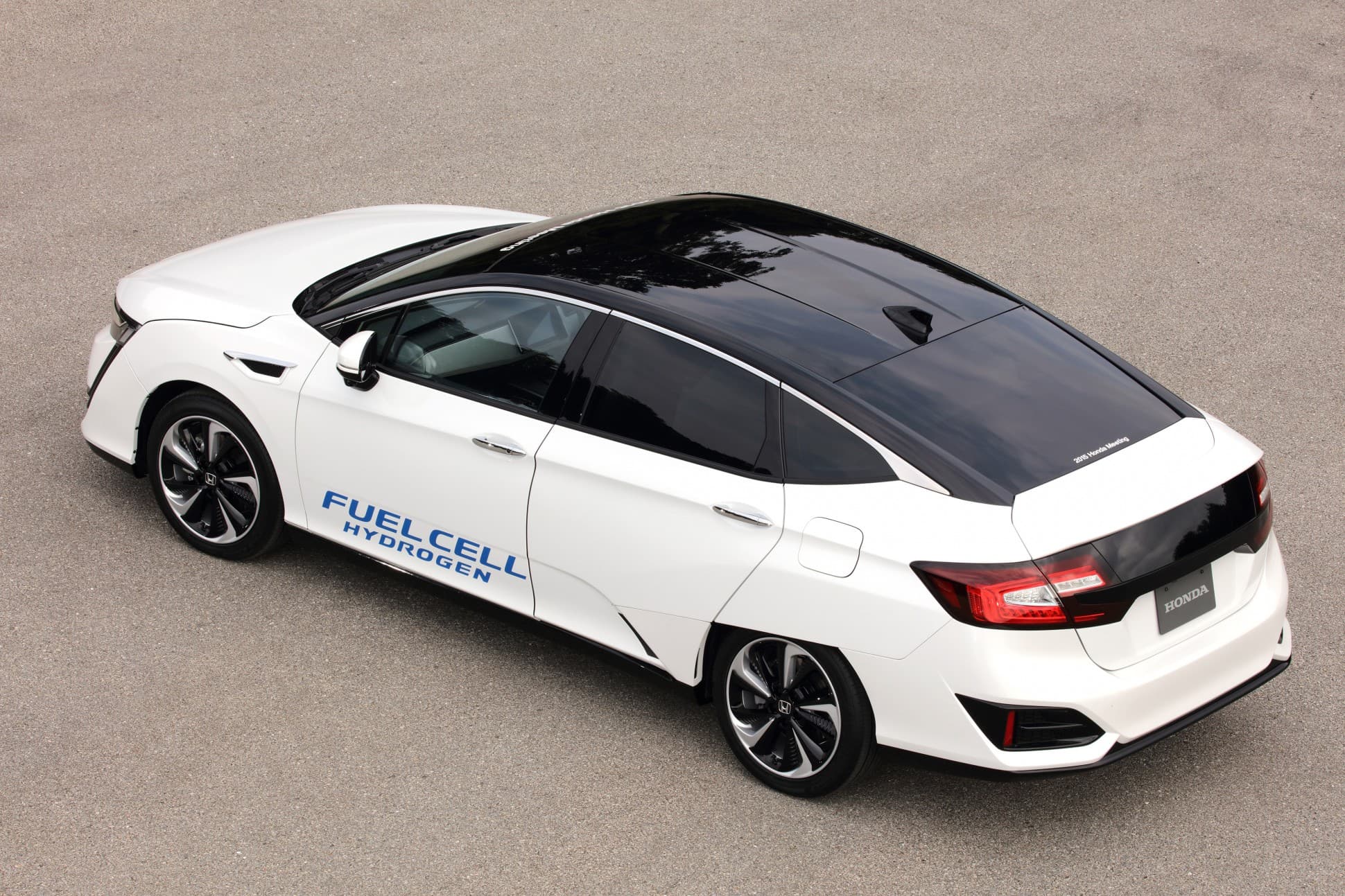 Honda takes a real leap forward towards a “hydrogen society” with the unveiling of their hydrogen-powered fuel cell vehicle, called the FCV Clarity. Their new fuel cell system costs only a tenth of earlier versions and is more compact, taking up as much space as a typical V6 engine. The Clarity can travel 700 km (434 miles) on a single charge and is priced at 7.66 million yen, or US$62,807.

Honda’s President and CEO Takahiro Hachigo said, “Compared to 10 years ago, I think fuel cell vehicles have developed significantly in terms of the technology. Ten years ago, we said fuel cells could not be driven in cold weather, for example, and that the hardware was too heavy. Today – fuel cells are equal to gasoline engine cars.”

A major concern with the new FCV remains to be the availability of fuel for the car itself: hydrogen. Hydrogen stations have been slow to rollout but Honda may have a solution by developing a compact Smart Hydrogen Station. These enable car owners to use high-pressure electrolysis to produce hydrogen at home, although no word has been given as to the date of its availability.

Read This Next
Futurism
Toyota's New Hydrogen Buses Are Heading to Tokyo
Futurism
First Hybrid Motor With Minimal Amounts of Heavy Rare Earth Metals Revealed
More on Robots & Machines
From the Dept. of...
Yesterday on futurism
The Best Mini Fridges of 2023
Blow Up Doll
Monday on the byte
Ukraine Accuses Russia of Using Inflatable "Dummy Tanks," Which Deflated
FROM THE DEPT. OF...
Monday on futurism
The Best Compost Toilets of 2023
READ MORE STORIES ABOUT / Robots & Machines
Keep up.
Subscribe to our daily newsletter to keep in touch with the subjects shaping our future.
+Social+Newsletter
TopicsAbout UsContact Us
Copyright ©, Camden Media Inc All Rights Reserved. See our User Agreement, Privacy Policy and Data Use Policy. The material on this site may not be reproduced, distributed, transmitted, cached or otherwise used, except with prior written permission of Futurism. Articles may contain affiliate links which enable us to share in the revenue of any purchases made.
Fonts by Typekit and Monotype.