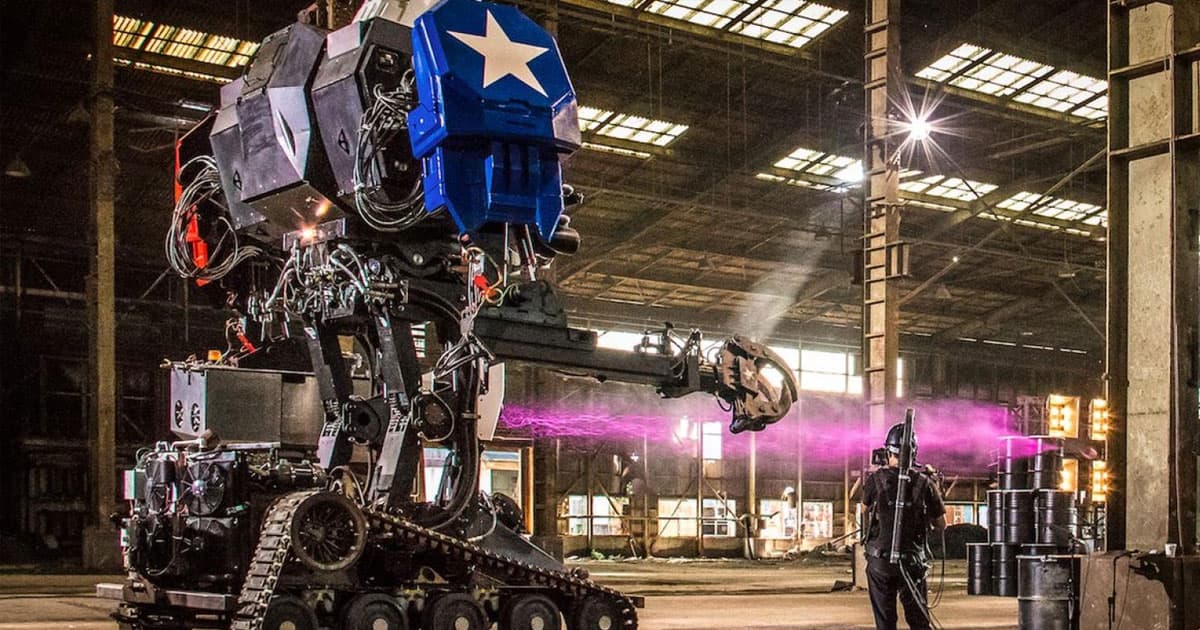 And it's surprisingly cheap.

And it's surprisingly cheap.

Or maybe we could interest you in a 15-ton battlemech robot straight out of "Pacific Rim." Spotted by Motherboard, the massive hunk of metal named Eagle Prime is going for a chill $51,500 on eBay at the time of writing — after going on sale for a single dollar.

The battle mech was built by MegaBots, Inc., the business that challenged Japan to the famous USA vs. Japan Giant Robot Duel, which took place in October 2017 and was streamed live on YouTube.

The fight went on for three rounds and involved each of the two robots slowly tipping each other over — arguably a limp show after all the buildup. America took home the win when Japan's mech stopped dead in its tracks.

The intimidating 11.5 feet tall robot is powered by a 430 horsepower Corvette V8 engine and cost about $2.5 million to develop. It features a giant claw, a massive chainsaw, and the ability to shoot three pound projectiles at speeds of over 130 mph.

"I'm feeling good about the sale and really proud of how far we've come," Megabots co-founder Matt Oehrlein told Motherboard in an email. "I'll just be happy if we can prevent Eagle Prime from going into a junkyard."

READ MORE: You Can’t Afford to Not Buy This $50,000 2-Story-Tall Battle Mech on eBay [Motherboard]

More on the mech: The International Robot Duel Is Set for October 17

Snooze Fest
Here Are Some Headlines for This Incredibly Boring Robot Video
6. 5. 19
Read More
There's a New Mega-Contender in the Upcoming Giant Robot Battle
5. 4. 17
Read More
Leaked Video Shows New "Nightmare Inducing Robot"
2. 1. 17
Read More
+Social+Newsletter
TopicsAbout UsContact Us
Copyright ©, Camden Media Inc All Rights Reserved. See our User Agreement, Privacy Policy and Data Use Policy. The material on this site may not be reproduced, distributed, transmitted, cached or otherwise used, except with prior written permission of Futurism. Articles may contain affiliate links which enable us to share in the revenue of any purchases made.
Fonts by Typekit and Monotype.