Here Are Some Headlines for This Incredibly Boring Robot Video

Other robots ran so this one could walk. 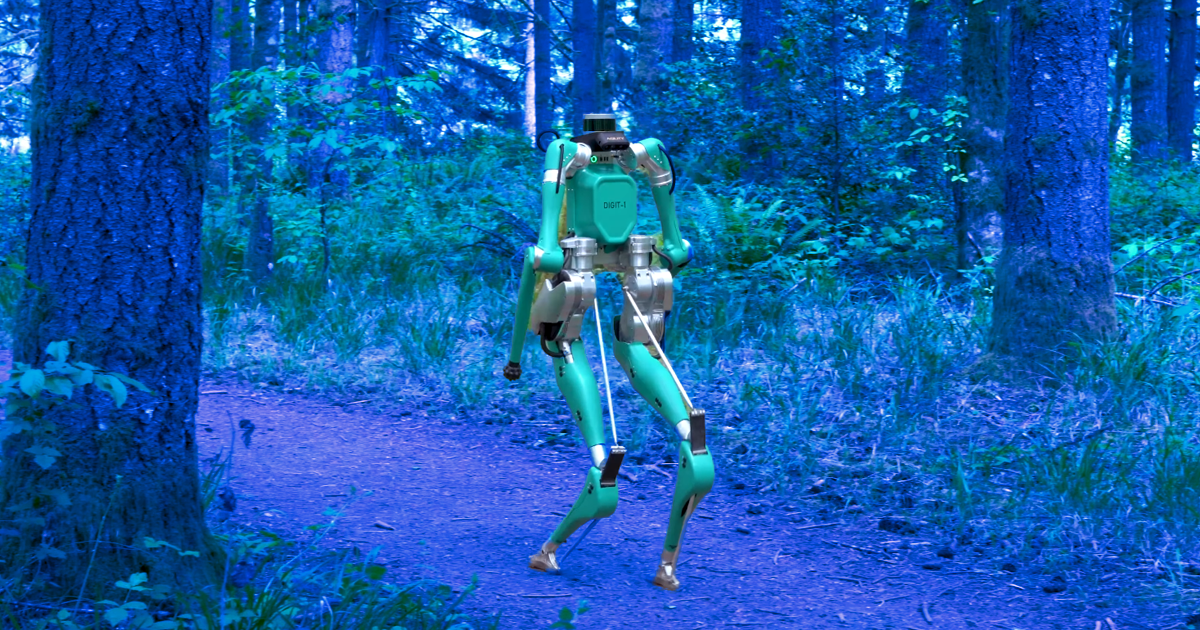 When we saw that Agility Robotics had released a new video of its impressive bipedal bot Digit, we were stoked.

Then we watched the clip.

Maybe we've just gotten spoiled by videos of robots doing backflips, navigating parkour courses, and twerking their robo-tails off, but it's hard to feel anything but, well, kinda bored watching the new demo — Digit literally just strolls around the woods for two-and-a-half minutes while a lullaby of an instrumental track plays in the background.

We Kid Because We Love

Sure, Digit will do a lot of walking in its new job delivering packages from Ford's self-driving cars. And yeah, the clip does prove Agility Robotics' bot can handle a wide variety of terrain. Plus we really do love its weird spiky hands, so ultimately, the video seemed worth sharing — but we saw an opportunity to have a little fun at Digit's expense in the process.

To that end, the Futurism editorial team came up with these headlines we think just might be more entertaining than the video itself:

• Watch a Robot Automate Hiking so You Don't Have to

• This "Lord of the Rings" Reboot Looks Terrible

• We Followed This Robot in the Woods. What Happened Next Will Lull You to Sleep.

• Check This Out: Headless Robot Searches Woods for HOURS for Human Brain He Stole, Lost During Nature Hike

• Cool Robots Can Jump, Run, and Backflip. This One Walks Really Well.

• Bipedal Robot Goes for a Walk. Nothing Happens.

More on Digit: This Two-Legged Robot Will Deliver Packages via Self-Driving Fords

Read This Next
Futurism
Leaked Video Shows New "Nightmare Inducing Robot"
More on Robots & Machines
Robot Arm News
Yesterday on the byte
European Space Agency Shows Off Concept for Martian Sample Picker-Upper
From the Dept. of...
Yesterday on futurism
The Best Desk Lamps of 2023
Robot Ridicule
Jan 28 on the byte
Hilarious Video Shows Boston Dynamics Robot Failing Horribly
READ MORE STORIES ABOUT / Robots & Machines
Keep up.
Subscribe to our daily newsletter to keep in touch with the subjects shaping our future.
+Social+Newsletter
TopicsAbout UsContact Us
Copyright ©, Camden Media Inc All Rights Reserved. See our User Agreement, Privacy Policy and Data Use Policy. The material on this site may not be reproduced, distributed, transmitted, cached or otherwise used, except with prior written permission of Futurism. Articles may contain affiliate links which enable us to share in the revenue of any purchases made.
Fonts by Typekit and Monotype.