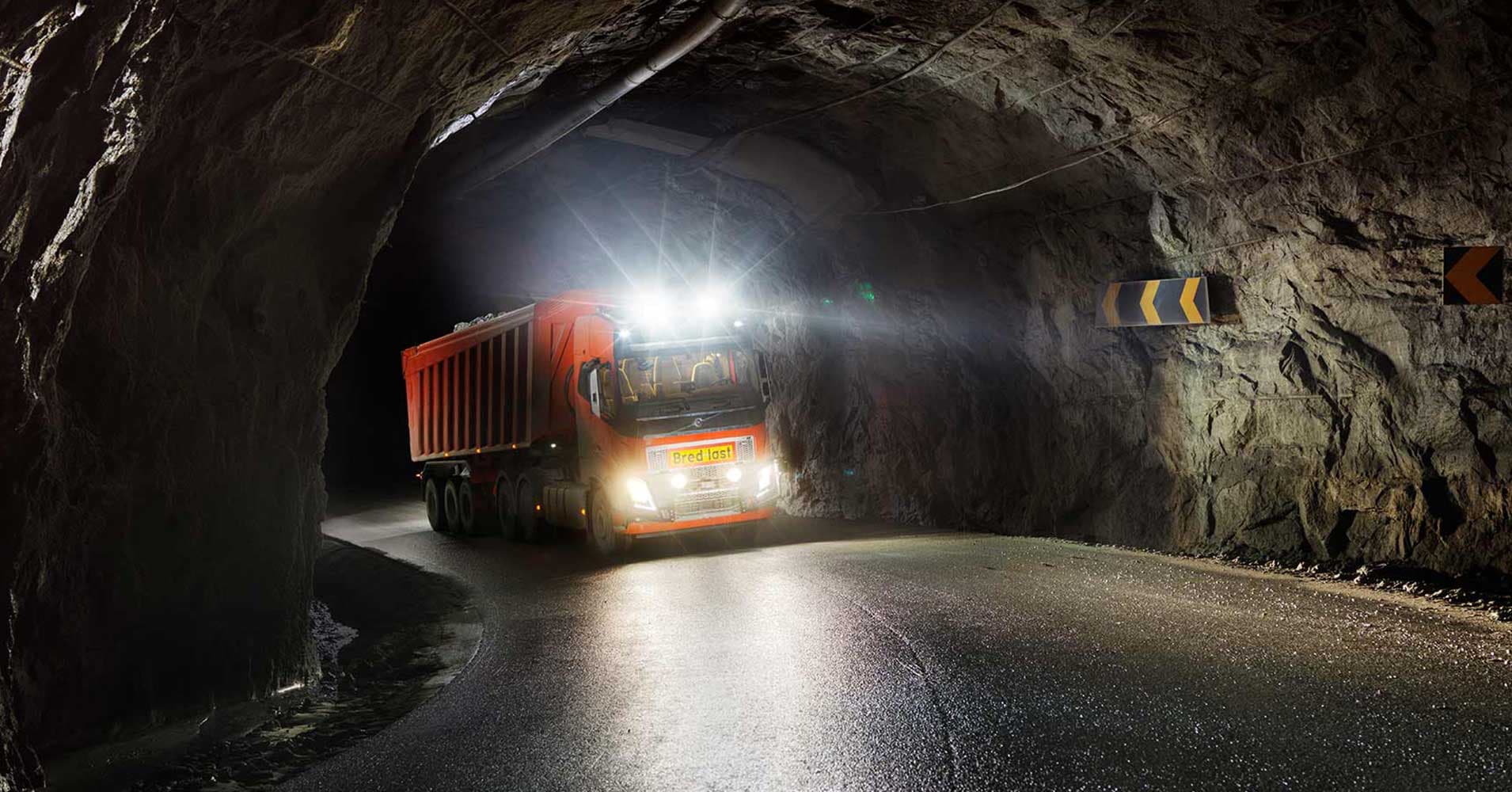 Self-Driving Trucks Will Transport Limestone in a Norwegian Mine

And they could operate around the clock by the end of 2019.

And they could operate around the clock by the end of 2019.

An often-overlooked use for autonomous driving technology is in industrial applications, where raw materials have to be shipped from point A to point B.

In what automaker Volvo calls its "first commercial autonomous solution transporting limestone from an open pit mine to a nearby port," six existing autonomous trucks will be upgraded with sophisticated tech, allowing them to deliver raw limestone to a crusher three miles away without any human interaction.

If anything does go wrong, it will be up to Volvo fix it — in fact, Volvo claims full responsibility of the transportation of goods. Otherwise it won't get paid.

One big advantage: higher efficiency, as the self-driving trucks can operate during the day and night.

That also means fewer truck drivers on the payroll. We have yet to find out the effects of that shift on the economy. But it's a trend that's here to say — more and more driverless commercial trucks are planning to hit the road in the very near future, developed by autonomous driving juggernauts like Waymo.

Volvo's mine trucks bring us yet another step closer to a future where pretty much any vehicle — self-driving taxis, and industrial trucks alike — can take care of driving without the intervention of humans.

READ MORE: Volvo's self-driving trucks will haul limestone from a mine [Engadget]

LIDARally
Volvo's New Electric Car Won't Drive if It Detects That You're Drunk
9. 23. 22
Read More
Polestar Wants to Challenge Tesla to Make the Supreme Electric Luxury Vehicle
3. 7. 18
Read More
A UK Project Wants to Make Autonomous Driving More Human
2. 4. 18
Read More
+Social+Newsletter
TopicsAbout UsContact Us
Copyright ©, Camden Media Inc All Rights Reserved. See our User Agreement, Privacy Policy and Data Use Policy. The material on this site may not be reproduced, distributed, transmitted, cached or otherwise used, except with prior written permission of Futurism. Articles may contain affiliate links which enable us to share in the revenue of any purchases made.
Fonts by Typekit and Monotype.