Investors Pour Money Into Self-Driving Cars to Capitalize on Data

"The value is in the data and what you can do with it." 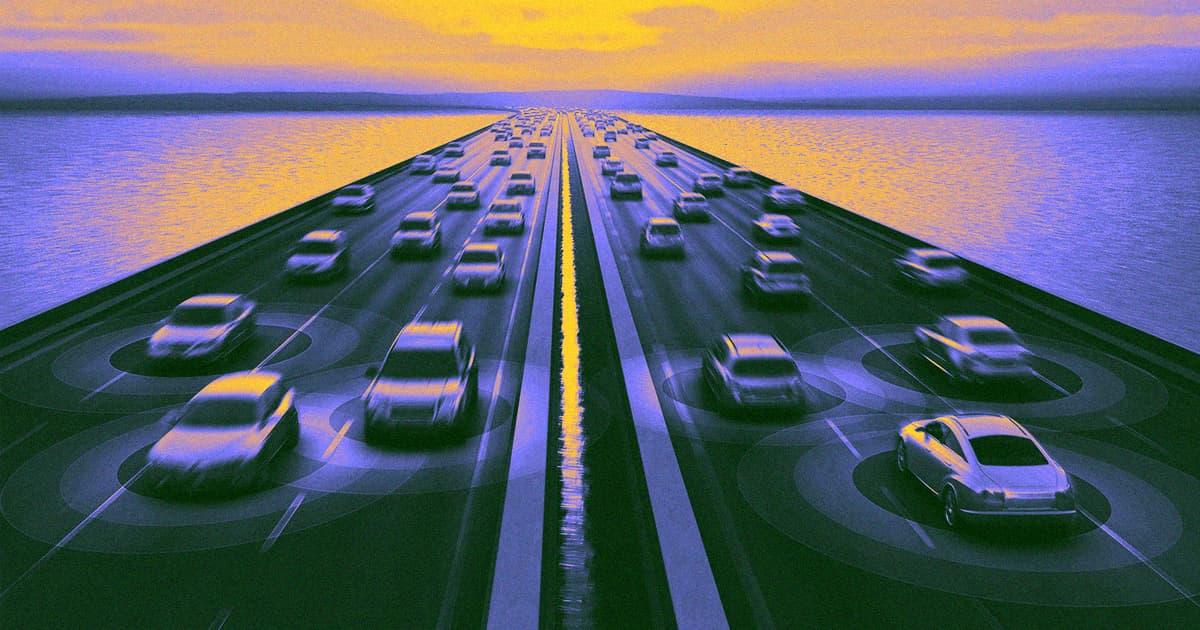 When it comes to self-driving cars and other autonomous vehicles (AVs), investors are much more interested in the data they'll collect than the cars themselves.

The self-driving car bubble burst as technological reality fell far behind AV companies' lofty predictions. But Wall Street investors are still interested in AV companies that come from a more analytics-driven background, according to Axios. The trend suggests that the real value of AVs could be the data on passenger and driver behavior that they generate — and not, counter-intuitively, the technology that's actually operating the cars.

Axios pointed out that Morgan Stanley analysts recently assigned vastly different values to leaders in the AV space depending on each company's background: after GM, traditionally a carmaker, announced some delays, Morgan Stanley analyst Adam Jonas argued that the valuation of GM's AV division should be dropped from $11.5 billion to $9 billion.

"The value is in the data and what you can do with it," Jonas said in the Axios post.

Personal data is immensely valuable, and a surefire way for tech companies to raise funds and boost their value is to ensure that they'll be able to get their hands on it.

With Intel's 2016 prediction that self-driving cars would generate four terabytes of data — equivalent to 8 million digital photos — every single day, investors have made it clear that they value the companies that won't let all that digital treasure go to waste.

Read This Next
Kiddy League
Tesla Fans Put Child in Path of Moving Tesla on Self-Driving Mode
Self-Delusion
Experts Alarmed by Videos of Tesla Full Self-Driving Totally Screwing Up
Steering Wheels Coming Off
Automotive Lobbying Group Abandons the Term "Self-Driving"
Driving Himself Crazy
Watch Elon Musk Promise Self-Driving Cars "Next Year" Every Year Since 2014
Look Ma
It's Shockingly Easy to Drive a Tesla Without Anybody in the Driver's Seat
More on Advanced Transport
Pepsi Semi
Yesterday on the byte
Tesla Semi Truck Drives 500 Miles Fully Loaded
Out With a Bang
Tuesday on the byte
Driver Says His Ford F-150 Lightning Made a "Loud Boom" and Died When He Plugged It In
Deep in a Hole
Tuesday on the byte
Something Very Weird Is Going on at Elon Musk's Boring Company
READ MORE STORIES ABOUT / Advanced Transport
Keep up.
Subscribe to our daily newsletter to keep in touch with the subjects shaping our future.
+Social+Newsletter
TopicsAbout UsContact Us
Copyright ©, Camden Media Inc All Rights Reserved. See our User Agreement, Privacy Policy and Data Use Policy. The material on this site may not be reproduced, distributed, transmitted, cached or otherwise used, except with prior written permission of Futurism. Articles may contain affiliate links which enable us to share in the revenue of any purchases made.
Fonts by Typekit and Monotype.