If all goes well, the fully autonomous car will be on the roads by 2019. 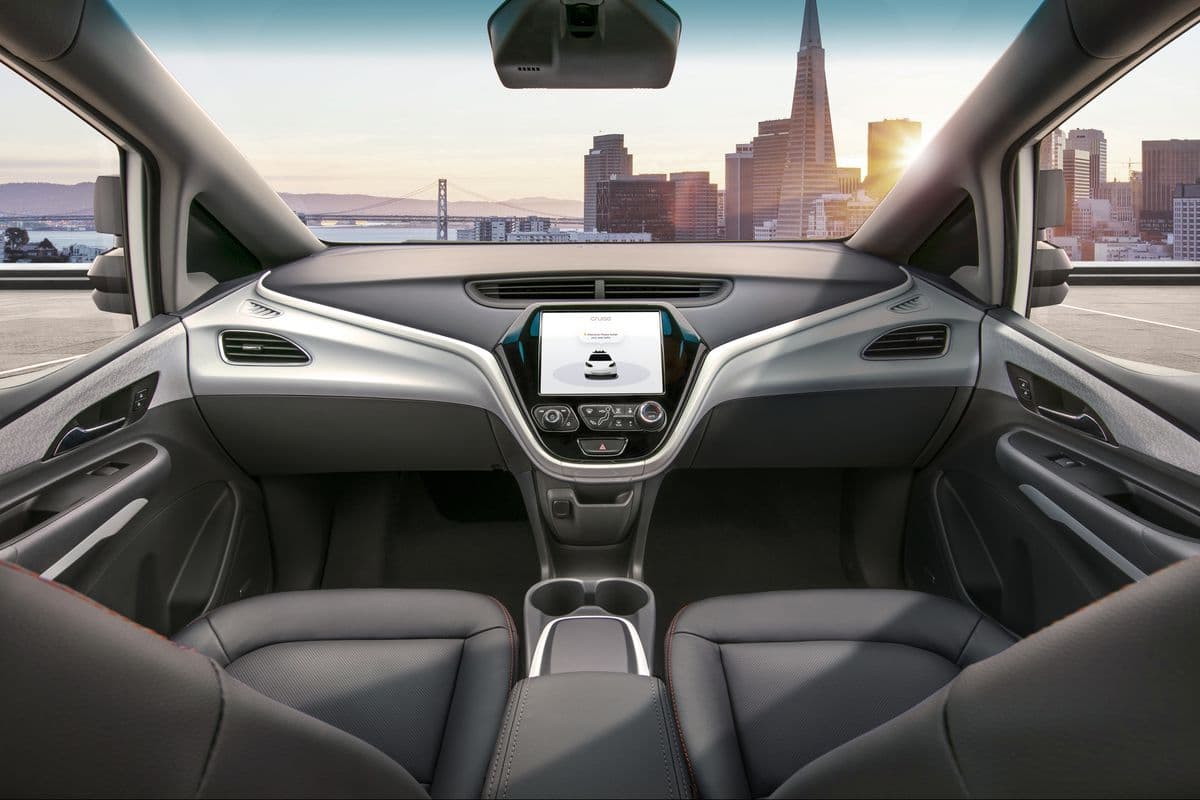 Veteran automaker General Motors have asked federal transportation authorities to allow changes in existing safety regulations so they could field an autonomous version of their Chevy Bolt, now called the Cruise AV, by 2019.

The reason for the Safety Petition? Well, if you've seen the Cruise AV, it's not similar to other driverless cars currently around. This one really doesn't want you to drive it. The Cruise AV doesn't have any steering wheel and pedals.

In light of this unusual design, GM has filed the Safety Petition to the U.S. National Highway Traffic Safety Administration (NHTSA) on January 11, to allow for 16 changes to existing traffic safety rules, including having an airbag in place of where the steering should be.

The petition is for the “first production-ready vehicle designed from the start without a steering wheel, pedals or other unnecessary manual controls," GM president Dan Ammann told reporters, according to Reuters. Similar petitions would also be sent to local transportation authorities, but GM said that seven states already permit the changes they needed to test the Cruise AV. Still, for the Cruise AV, GM has to negotiate with states that explicitly require a licensed human driver behind the wheel.

Legislation to allow carmakers to test driverless vehicles on U.S. roads with less hassle — called the SELF DRIVE act — is still pending approval in the Senate, although it has already been passed by the House of Representatives.

Others question the relative ease by which autonomous vehicles get fielded or tested. On the other hand, car makers point out that the strict safety standards required to test these cars could delay progress in the field. While it might seem like GM is asking for a special treatment, they really aren't, Ammann told The Verge. They simply want to "meet that standard in a different kind of way."

Autonomous car manufacturers have been rather busy the past year with numerous tests of their driverless technologies. GM is among them, having received approval from New York state officials, as well as a public demonstration of the Cruise AV back on November 2017.

GM, which is the first company to mass produce autonomous vehicles, presumably in preparation for a 2019 test of their driverless fleet, has also been testing a ride-sharing app for their driverless cars.

Read This Next
Kiddy League
Tesla Fans Put Child in Path of Moving Tesla on Self-Driving Mode
Self-Delusion
Experts Alarmed by Videos of Tesla Full Self-Driving Totally Screwing Up
Car Talk
Consumer Reports: Tesla Autopilot "Distant Second" to GM's Driver Assistance
Empty Seat
Waymo Ditches Human Safety Drivers in Its Self-Driving Taxis
Shuttle Butt
We Took a Ride on NYC's First Self-Driving Shuttle
More on Advanced Transport
No Fly
Yesterday on the byte
The TSA's Entire No Fly List Appears to Have Just Leaked
Driven Down
Jan 14 on the byte
Tesla Slashes Car Prices Up to 20 Percent
Pipe Nightmares
Jan 13 on the byte
Pipe-Wielding Tesla Maniac Attacks Fellow Driver in Los Angeles
READ MORE STORIES ABOUT / Advanced Transport
Keep up.
Subscribe to our daily newsletter to keep in touch with the subjects shaping our future.
+Social+Newsletter
TopicsAbout UsContact Us
Copyright ©, Camden Media Inc All Rights Reserved. See our User Agreement, Privacy Policy and Data Use Policy. The material on this site may not be reproduced, distributed, transmitted, cached or otherwise used, except with prior written permission of Futurism. Articles may contain affiliate links which enable us to share in the revenue of any purchases made.
Fonts by Typekit and Monotype.