On more difficult trips, Uber Freight will get some human help. 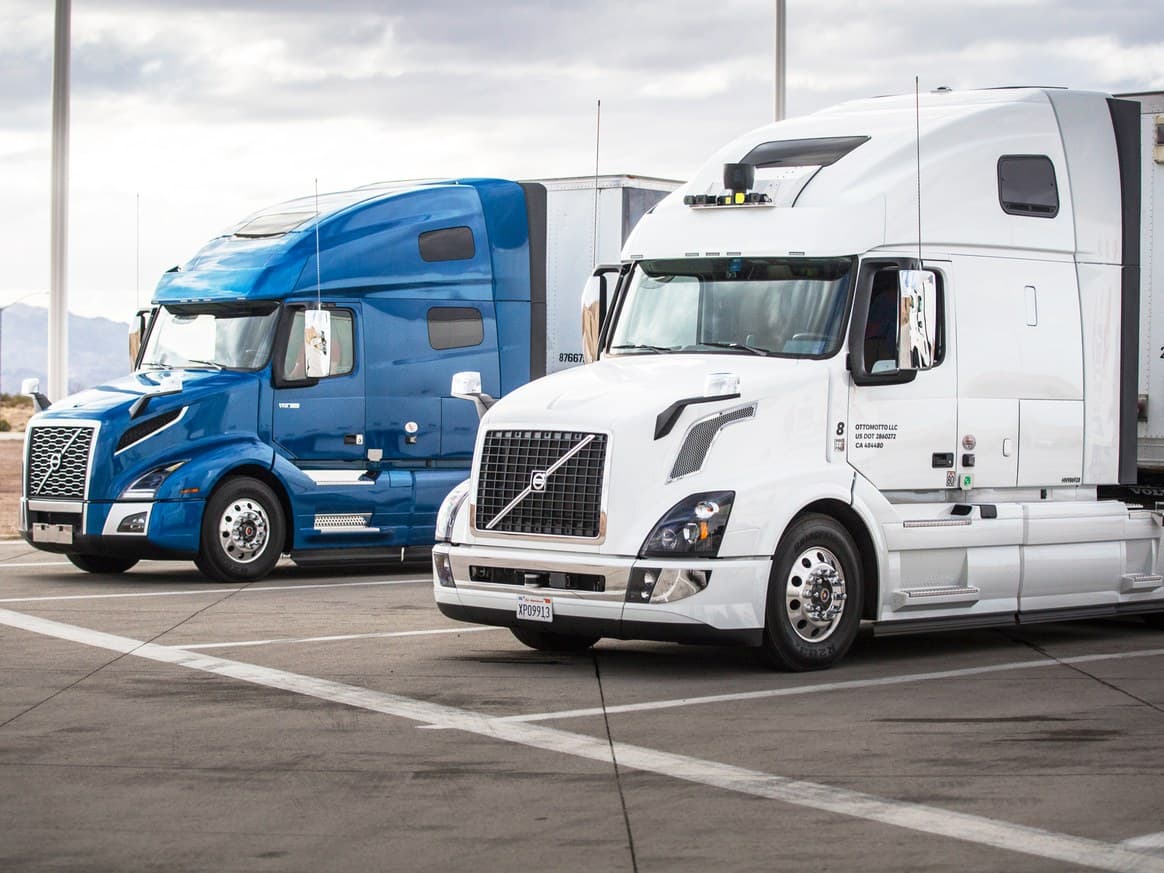 It's no secret that Uber's long-term ambitions for its ride-hailing service revolve around self-driving cars. However, the company is also taking on the world of trucking with Uber Freight service – and apparently that endeavor will require a mix of human drivers and automated trucks for the foreseeable future.

Uber's autonomous trucks have been transporting cargo for commercial freight customers across Arizona's highways for several months. Like many trials of this kind of technology, human drivers are on board in case of emergency.

Eventually, Uber hopes that trucks will be to drive themselves without supervision, but humans will still play a role in the delivery process. The plan is to use self-driving vehicles to carry freight along highways, while human drivers will take over for shorter drives, like the journey to the recipient's loading dock down country roads.

The long-term plan for Uber Freight is a relatively straightforward expansion of the company's ride-hailing service. Autonomous vehicles will deposit their cargo (as far as we know, still unloaded by human hands) at transfer hubs, and human drivers can pick up work via an app, which has been used to connect truckers with haulage jobs since May 2017.

Alden Woodrow, product manager for Uber’s self-driving truck unit, told the New York Times that the company was opting to "focus the development of our technology on the highway only." There are no plans to develop self-driving technology that's capable of backing up to a loading dock, or safely maneuvering around a crowded industrial area, at least for the time being.

Uber's decision to let human drivers tackle the trickier parts of freight delivery isn't too unusual. Tesla has only been talking up the Enhanced Autopilot functionality of its Semi, rather than full autonomy. Startups like Embark and Starsky Robotics are hard at work figuring out how best to tackle the hand-off to a human, as per a report from Wired.

Still, one thing seems clear – some portion of freight jobs is going to be swept up by self-driving vehicles. The trucking industry looks set to be hit hard by automation, and sooner rather than later.

Read This Next
Kiddy League
Tesla Fans Put Child in Path of Moving Tesla on Self-Driving Mode
Uber Bad
If This Leak Is Real, Uber Is in Huge Trouble
Self-Delusion
Experts Alarmed by Videos of Tesla Full Self-Driving Totally Screwing Up
Empty Seat
Waymo Ditches Human Safety Drivers in Its Self-Driving Taxis
Mixed Feelings
Uber's "Safety Driver" During Deadly Self-Driving Car Crash Charged With Negligent Homicide
More on Advanced Transport
Out With a Bang
Yesterday on the byte
Driver Says His Ford F-150 Lightning Made a "Loud Boom" and Died When He Plugged It In
Deep in a Hole
Yesterday on the byte
Something Very Weird Is Going on at Elon Musk's Boring Company
Pizza Personnel
Nov 23 on the byte
Domino's Buying Hundreds and Hundreds of Electric Delivery Vehicles
READ MORE STORIES ABOUT / Advanced Transport
Keep up.
Subscribe to our daily newsletter to keep in touch with the subjects shaping our future.
+Social+Newsletter
TopicsAbout UsContact Us
Copyright ©, Camden Media Inc All Rights Reserved. See our User Agreement, Privacy Policy and Data Use Policy. The material on this site may not be reproduced, distributed, transmitted, cached or otherwise used, except with prior written permission of Futurism. Articles may contain affiliate links which enable us to share in the revenue of any purchases made.
Fonts by Typekit and Monotype.