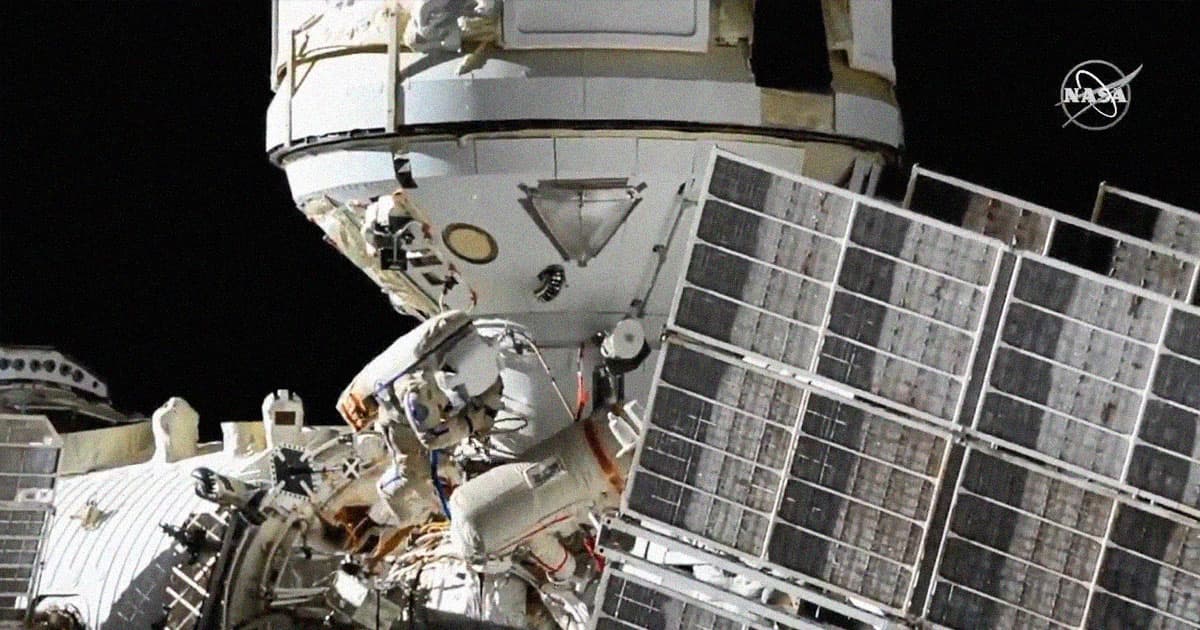 A pair of Russian cosmonauts on the International Space Station are scheduled to go on a spacewalk today to active the orbital outpost's brand new feature: a 37-foot robotic arm called the European Robotic Arm (ERA), attached to the outside of Russia's Nauka module.

The arm will aid future spacewalkers during future ventures outside of the station, CNN reports, in a testament to the fact that in spite of all the geopolitical conflict back on the ground, the medium-term future of the station still appears safe for now.

Russian cosmonauts Oleg Artemyev and Denis Matveev will complete the task on April 28 during a second spacewalk, removing protective thermal blankets around the arm and directing it to flex for the first time.

Russia launched its Nauka module in July, after well over a decade of delays and setbacks. The multipurpose space laboratory is the latest major addition to the aging station, despite Russia confirming last year that it is eventually planning to abandon the ISS.

The module was launched alongside the European Robotic Arm, which was developed by the European Space Agency (ESA), in conjunction with a number of other European space agencies.

A mechanical gripper mechanism at the end of the arm allows it to grab onto payloads and assist spacefaring astronauts with seven degrees of freedom of movement.

The ISS features two other robotic arms, the Canadarm2 and the Japanese Experiment Module Remote Manipulator System, both of which can assist incoming vehicles and grapple external payloads outside of the station's US and Japanese modules.

But neither are able to reach the Russian segment — and the ERA is designed to change that, allowing Russia to make greater use of its brand new space laboratory.

More on the ISS: The SpaceX Tourists Can’t Leave the Space Station Quite Yet, NASA Says