The nanosat carried data from 18,000 Asgardians into orbit. 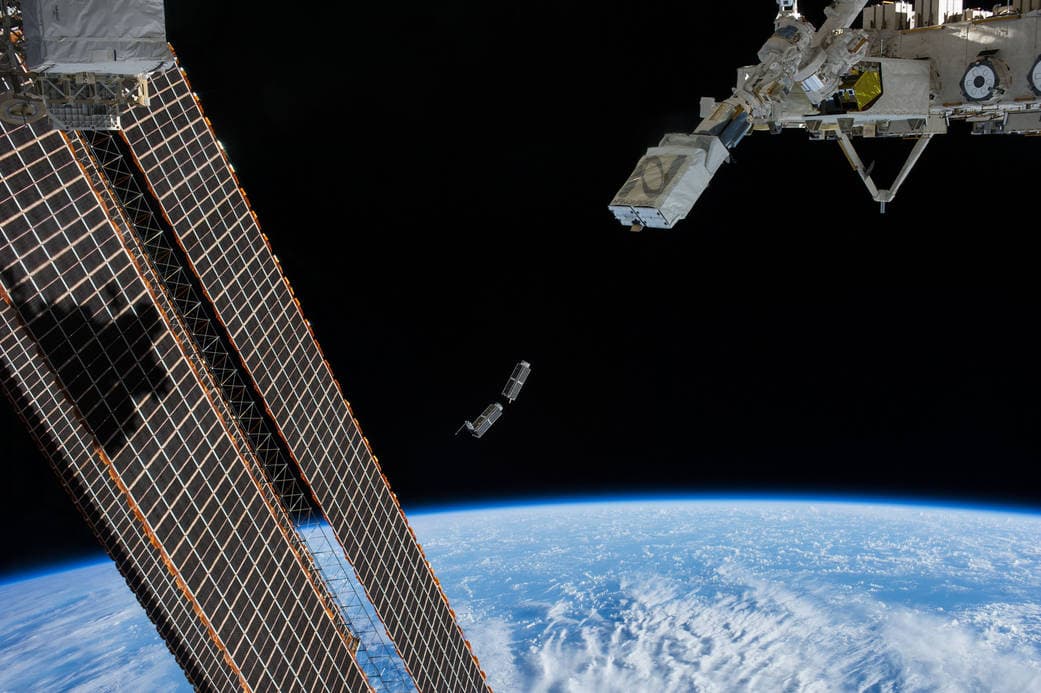 One Small Step for Asgardians

The Asgardia-1 satellite launched aboard the NASA commercial vessel OA-8 Antares-Cygnus from the Wallops Flight Facility in Virginia to the International Space Station (ISS) on November 12. If you're an Asgardian, you'd probably note the date as November 12, 0001.

In October 2016, Russian scientist Igor Ashurbeyl set out to create the first "space nation." His creation, Asgardia, is now described on its website as a "space kingdom," and the Asgardia-1 satellite is its first presence in space.

While it's a rather small presence — the "nanosat" is barely the size of a loaf of bread — the satellite does fulfill a promise Ashurbeyl made to early supporters of his new kind of nation.

"I promised there would be a launch," Ashurbeyl, who was present during the launch, told CNN. "We selected NASA as a reliable partner...because we have to meet the commitments that I made 13 months ago." From the ISS, Asgardia-1 will be deployed into low-orbit space, where it will stay for around five to 18 months before burning out and disappearing.

Indeed, sending Asgardia-1 to space is an achievement for the space nation's citizens, who are still based on Earth. The nanosat contained 0.5 TB of data from 18,000 of Asgardia's citizens, including family photographs and digital representations Asgardia's flag, coat of arms, and recently ratified constitution.

The launch of Asgardia-1 wasn't just about fulfilling a promise or sending data into space, though.

To be considered for admission into the United Nations, a nation must meet four conditions. According to an Asgardian press release, three of those conditions — a constitution, a government, and a currency — have already been met: "Asgardia’s Constitution has already been accepted; its cryptocurrency, the Solar, is registered at the European Union Intellectual Property Office; and the government formation is underway."

By establishing the nation's sovereign territory in space, Asgardia-1 meets the final condition: a territory.

Asgardia is as much a scientific mission as it is a social experiment.

Concretely, it's a nation-building effort, which is why citizens are working toward recognition from the United Nations. However, whether they gain this recognition or not, setting up a space nation requires more than just a political identity. First of all, Asgardia has to actually be in space. Otherwise, it risks becoming just a group of people who think of space as their home.

To do this, Asgardia plans to establish an orbital space station and a colony on the Moon.“It will be a four-level orbital station. I think the technical details will be defined by the Ministry of Science, which I hope we will have in the autumn of this year,” said Ashurbeyl at a press conference back in June.

How long before that space station and lunar colony come to fruition is anyone's guess, but the number of people joining Asgardia is quite telling. Today, there are some 114,000 Asgardians from 204 Earth-based nations. That's a drop from the 211,000 back in June, but Asgardia is only including those who ratified their constitution.

With Asgardia accepting anyone above the age of 18 — even convicts so long as they are clear of charges — what the nation represents, perhaps, is a chance to start over and participate in the formation of an "ideal" society, whether it actually gets off the ground or not.

Read This Next
Asteroid Armageddon
The "Space Nation" Warns That an Asteroid Could Wipe out Humanity
Futurism
The UAE Is Building a "Mars Science City" to Prepare Humanity for Off-World Colonization
Futurism
When Will the First Human Space Colony Be Established?
Futurism
The World's First "Space Nation" Will Attempt a Launch This Summer
Futurism
The First Space-Based 'Nation', Asgardia, Plans to Illegally Store Data Off-Planet
More on Off World
Lonely Planet
Yesterday on futurism
Scientists Find Nearby Planet the Same Size of Earth, Plan to Search It for Life
Take Cover
Feb 4 on the byte
Space Startup Blows Up Another Giant Inflatable Space Station Module
Rock Blast
Feb 4 on the byte
Scientists Say There's an Upside to Those Rocks That Keep Bludgeoning the James Webb
READ MORE STORIES ABOUT / Off World
Keep up.
Subscribe to our daily newsletter to keep in touch with the subjects shaping our future.
+Social+Newsletter
TopicsAbout UsContact Us
Copyright ©, Camden Media Inc All Rights Reserved. See our User Agreement, Privacy Policy and Data Use Policy. The material on this site may not be reproduced, distributed, transmitted, cached or otherwise used, except with prior written permission of Futurism. Articles may contain affiliate links which enable us to share in the revenue of any purchases made.
Fonts by Typekit and Monotype.