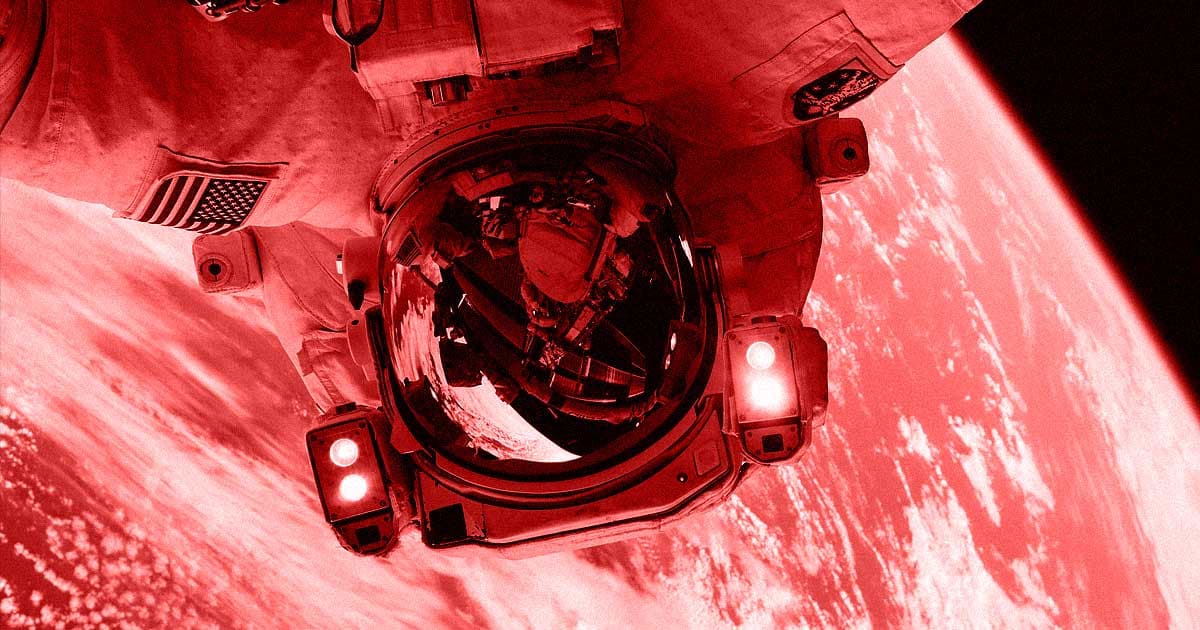 According to a shocking report by NASA scientists, blood flow can stop and even reverse in the upper bodies of astronauts.

The study could have some major implications about prolonged trips through deep space, as we're still trying to nail down the exact effects of spending long periods in microgravity.

The study looked at periodic ultrasound tests of 11 healthy astronauts who staffed the International Space Station.

The results were alarming: blood flow had either stagnated or reversed in the left internal jugular vein, a major blood vessel on the side of the neck, in seven crew members. The tests also found a clot and a partial clot in two of the crew members after their return to Earth.

A paper of the study was published in the journal JAMA Network Open on Wednesday.

“This was an unexpected finding," Michael Stenger, senior author and manager at NASA's Johnson Space Center, told NBC News. "We did not expect to see stasis and reverse flow. That is very abnormal. On Earth, you would immediately suspect a massive blockage or a tumor or something like that."

And that could have some very serious effects on astronauts' health.

"If you get a clot in the internal jugular vein, the clot could travel to the lungs and cause a pulmonary embolism — that’s very dangerous," professor of medicine at the Johns Hopkins University Andrew Feinberg told NBC.

Bioprinting Bonanza
Uganda's New Satellite Contains Equipment to 3D Print Human Tissue in Orbit
Nov 13
Read More
Baby on Board
NASA Reportedly Concerned That Astronauts Will Get Pregnant in Space
Sep 22
Read More
Astronaut Blood
Scientists Found Genetic Mutations in Every Astronaut Blood Sample They Studied
Sep 6
Read More
+Social+Newsletter
TopicsAbout UsContact Us
Copyright ©, Camden Media Inc All Rights Reserved. See our User Agreement, Privacy Policy and Data Use Policy. The material on this site may not be reproduced, distributed, transmitted, cached or otherwise used, except with prior written permission of Futurism. Articles may contain affiliate links which enable us to share in the revenue of any purchases made.
Fonts by Typekit and Monotype.