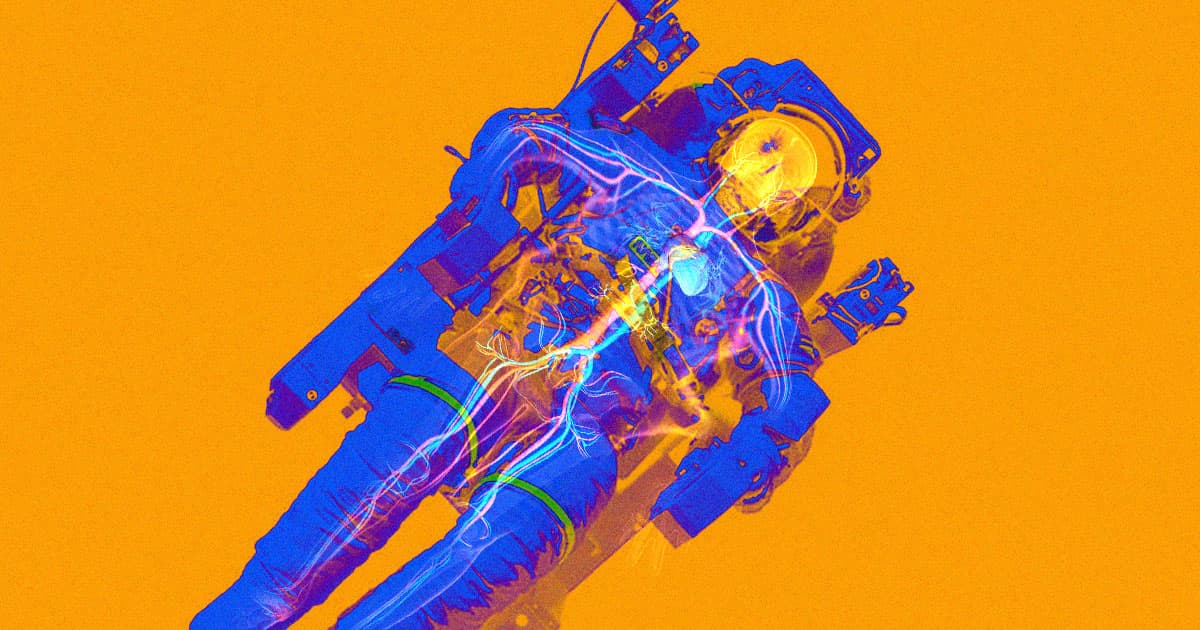 NASA Is Scanning Its Astronauts' Eyes and Veins Aboard the ISS

Astronauts aboard the International Space Station can now add "biometric technician" to their resumes.

In a blog post about the comings and goings aboard the ISS, NASA noted that two of its astronauts, along with another from the European Space Agency, gave each other eye and vein scans this week, with the assistance of "doctors on the ground monitoring in real time."

Gathered inside the cylindrical Columbus laboratory module, NASA flight engineers Mark Vande Hei and Thomas Marshburn were joined by the German astronaut Matthias Maurer for a fun gathering in which they attached an ultrasound imaging device to each others' neck, shoulder, and leg veins, along with eye scans. The idea, NASA said, was to help doctors "understand how living in microgravity affects the human body."

Here's a peek inside of the Columbus laboratory module on @Space_Station...

This was taken while I was conducting the GRASP experiment that explores how the central nervous system, specifically hand-eye coordination, adapts to microgravity. pic.twitter.com/pTaMOJV5nv

NASA has for the past few years been getting deeper into the biometrics game, from spinning off a sensor watch that tracks wearers' vital signs to filing patents for biometric technology geared towards identity verification that can be used by both astronauts and military personnel alike.

Via the agency's Technology Transfer Program, businesses are able to buy and license NASA-developed tech, and in 2020 the agency's biometric research gained some buzz amid reports of its "HeartbeatID" device, which could reportedly turn a person's heartbeat into a password. That tech, still seemingly patent-only, could according to NASA have applications in everything from banking to national security.

By comparison, the eye and vein scans aboard the ISS seem pretty mild — but it is curious to consider the possibilities NASA, or the businesses and agencies that license with it, are considering when it comes to biometric data.

More on biometrics: Scientists Working on Toilet That Identifies You By Your Butthole

Carbon-Based
NASA Rover Finds New Potential Evidence for Ancient Life on Mars
Yesterday
Read More
Duck and Roll
Russia Forced to Dodge Space Debris From When It Blew Up Satellite
Jun 17
Read More
So Long
Tragedy! NASA Says the Voyager Space Probes are Powering Down
Jun 16
Read More
+Social+Newsletter
TopicsAbout UsContact Us
Copyright ©, Camden Media Inc All Rights Reserved. See our User Agreement, Privacy Policy and Data Use Policy. The material on this site may not be reproduced, distributed, transmitted, cached or otherwise used, except with prior written permission of Futurism. Fonts by Typekit and Monotype.