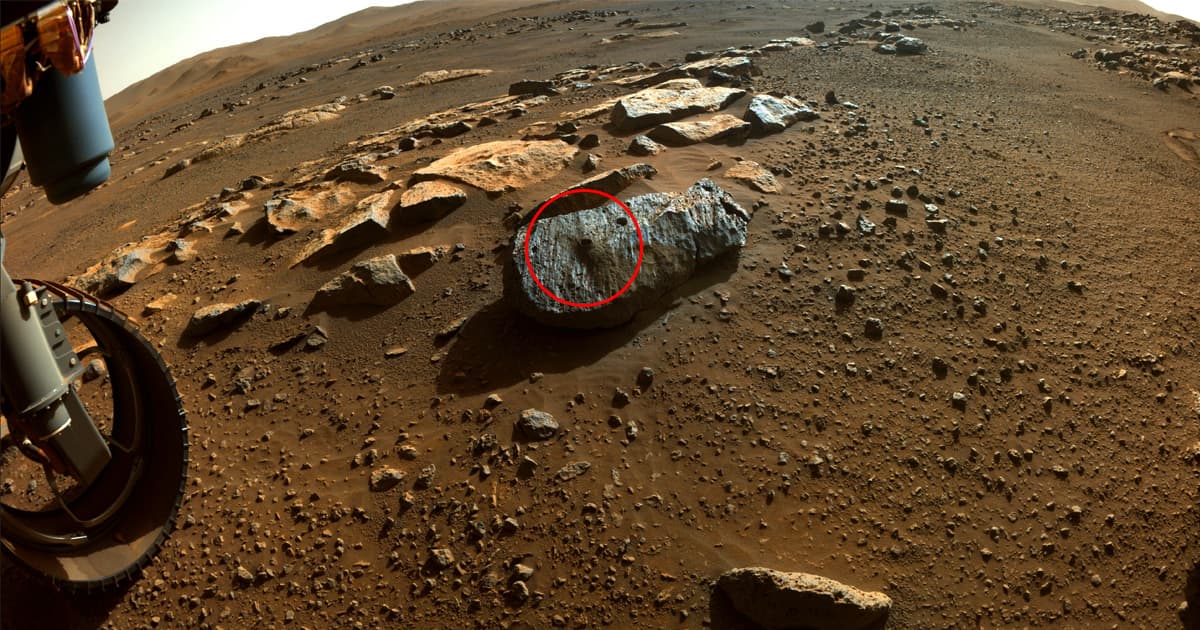 "It looks like our first rocks reveal a potentially habitable sustained environment."

"It looks like our first rocks reveal a potentially habitable sustained environment."

Huge news: NASA confirmed that its Mars-rock-scooping robot, Perseverance, has at long last managed to scoop up some Mars rocks.

That also means that the rover has started to conduct some rudimentary geological research on its surroundings, according to a NASA press release. While the bulk of the study will be conducted once those and any future samples make their way back to Earth next decade, Perseverance is already making some important discoveries — chief among them more evidence that Mars once hosted a far more hospitable landscape than it does today.

NASA already knew that Jezero Crater, where Perseverance has been roaming around, was likely once the site of a huge lake. But they didn't know how long it lasted. New Perseverance data, though, suggests that water was around for quite some time, hinting that Mars once had a stable natural environment.

"It looks like our first rocks reveal a potentially habitable sustained environment," NASA and Caltech scientist Ken Farley, a researcher on the Perseverance mission, said in the release. "It's a big deal that the water was there a long time."

This is a long-awaited triumph for the rover, which had a surprisingly hard time digging up and storing Martian regolith. At first, NASA declared pre-emptive success before realizing that Perseverance had messed up its first attempt — a failure that NASA still blames on the lifeless rock rather than its rock-gathering robot.

Then, after sending Perseverance scooting away toward a new target, NASA once again declared success, claiming that Perseverance had actually managed to scoop up and sample rock samples. Images of the alleged rock sample, though, were initially too dark to make anything out.

After all of that, it's a huge relief to see that the process finally worked out.