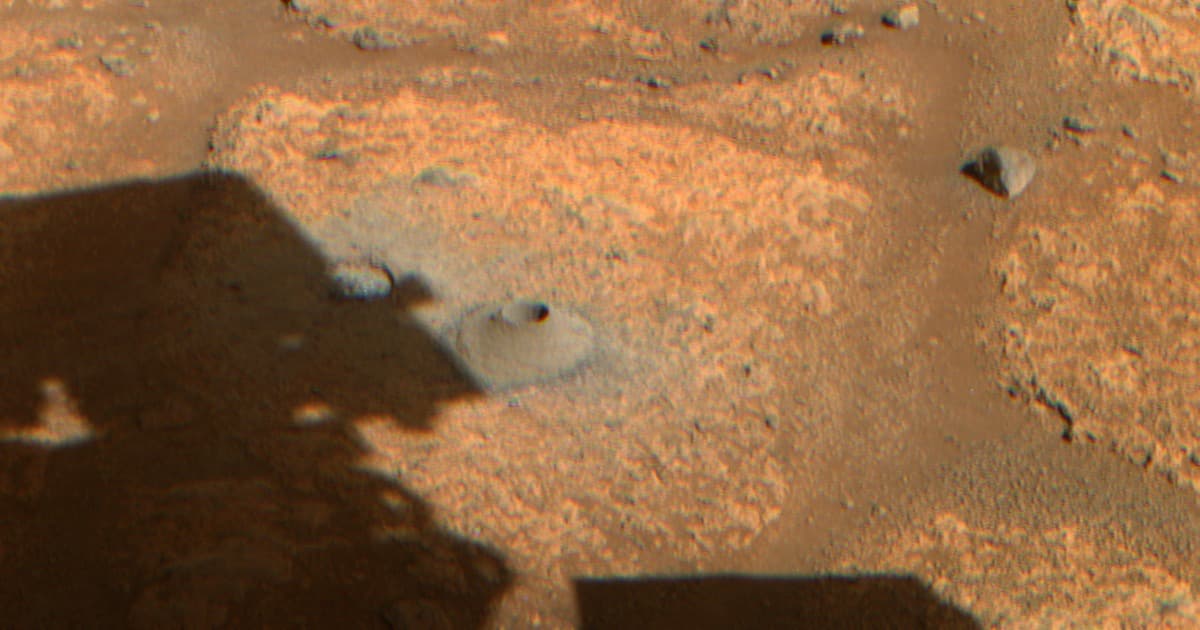 Mars Rover Tries to Collect Rock to Send Back to Earth, Fails Miserably

NASA thinks the problem might have been the rock itself.

NASA thinks the problem might have been the rock itself.

NASA’s Perseverance rover failed to collect its first ever rock samples from Mars to send back to Earth on Friday.

The rover drilled into the Jezero Crater to collect the samples as part of its first science campaign, according to a NASA press release. Researchers said that the drill used during extraction worked fine. However, when they probed the collection tube later, they found that no rocks had actually been collected.

"While this is not the 'hole-in-one' we hoped for, there is always risk with breaking new ground," said associate administrator of NASA’s Science Mission Directorate Thomas Zurbuchen in the press release.

NASA is still working on the reason Perseverance came up short, but one leading hypothesis is that the issue stems from the rock itself.

"The initial thinking is that the empty tube is more likely a result of the rock target not reacting the way we expected during coring, and less likely a hardware issue with the Sampling and Caching System," said Jennifer Trosper, project manager for Perseverance at JPL, in the press release.

Researchers seem hopeful that they’ll be able to turn things around with Zurbuchen saying the team "will persevere toward a solution to ensure future success."

This is all a part of NASA’s lofty goal to collect up to 31 samples from the martian surface to send back to Earth in the future.

After the samples are collected, it’ll be stored in tubes until future NASA missions (working in partnership with the European Space Agency) arrive to return it to Earth. Once researchers will be able to conduct more in-depth analysis of the samples.

So while it’s a fairly frustrating setback, it’s still very exciting that NASA is planning on bringing martian rock and soil samples back to Earth for the first time ever. The discoveries made from them will truly be groundbreaking — in more ways than one.