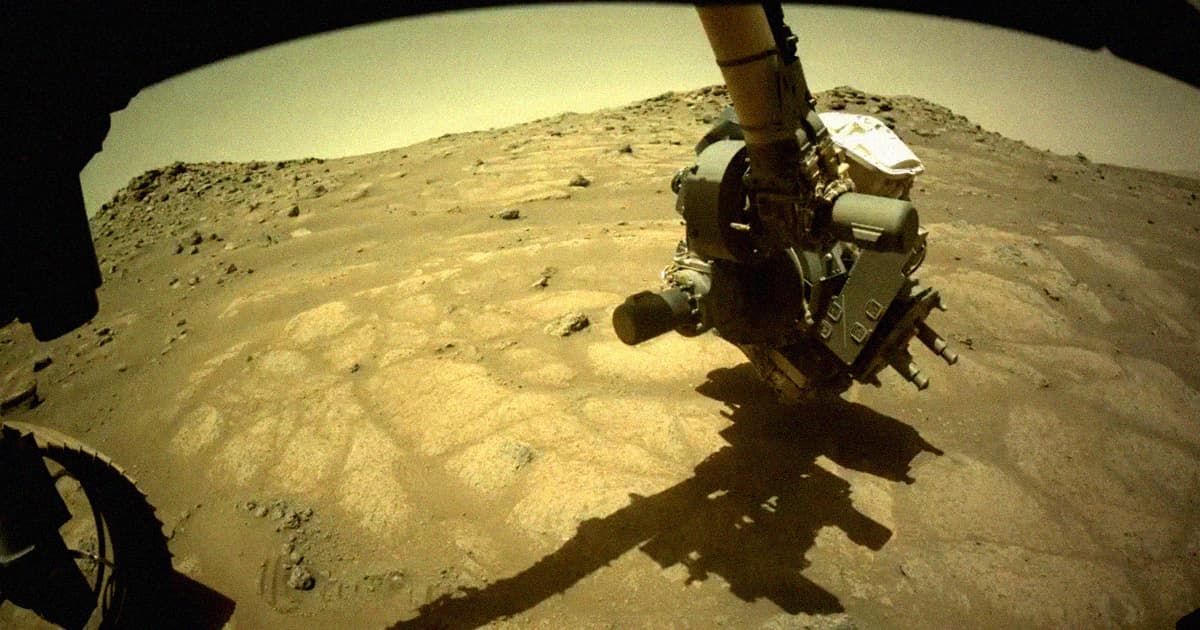 After officially kicking off its scientific mission of searching for signs of ancient life on Red Planet last month, NASA's Perseverance Mars Rover has made its next big discovery: a patch of rock that's "probably exposed bedrock" and which the team compared to "garden pavers," which are landscaping rocks similar to flagstones.

Perseverance has been cruising through the Jezero Crater, an area scientists suspect is an ancient dried up lake bed about 30 miles in diameter, not far from the planet's equator. That also makes it of particular interest to NASA, as scientists believe the area was once flooded with water — and possibly teeming with ancient life.

Check out this patch of rock I found: looks kind of like garden pavers, and is probably exposed bedrock. Material like this, from the early days of this ancient lakebed, can help capture what that lake was like. Spending a few days investigating…https://t.co/p9A2vJFjIV pic.twitter.com/0bc8lPiQLS

We're closer than ever before in filling in the numerous gaps in our knowledge about how the area was formed more than 3.5 billion years ago. At the time, scientists suspect Mars was flush with river channels, some of which splashed over to form a lake in the Jezero crater, according to a NASA profile of the area.

"Material like this, from the early days of this ancient lakebed, can help capture what that lake was like," the rover's update reads. "Spending a few days investigating…"

Some of the rocks present in the Jezero Crater are believed to be as old as 3.6 billion years. Studying them could help answer several questions about what early Mars looked like — and how it has evolved since then.

"It’s an area of dunes with some good science targets in and around it," the rover tweeted at the time. "I'll spy a few from here, doing science from afar, then circle around and keep exploring."

Make sure to stay tuned. With the help of its speedy — and much smaller — helicopter companion, Perseverance will likely make far more exciting discoveries as it journeys across the Martian landscape.