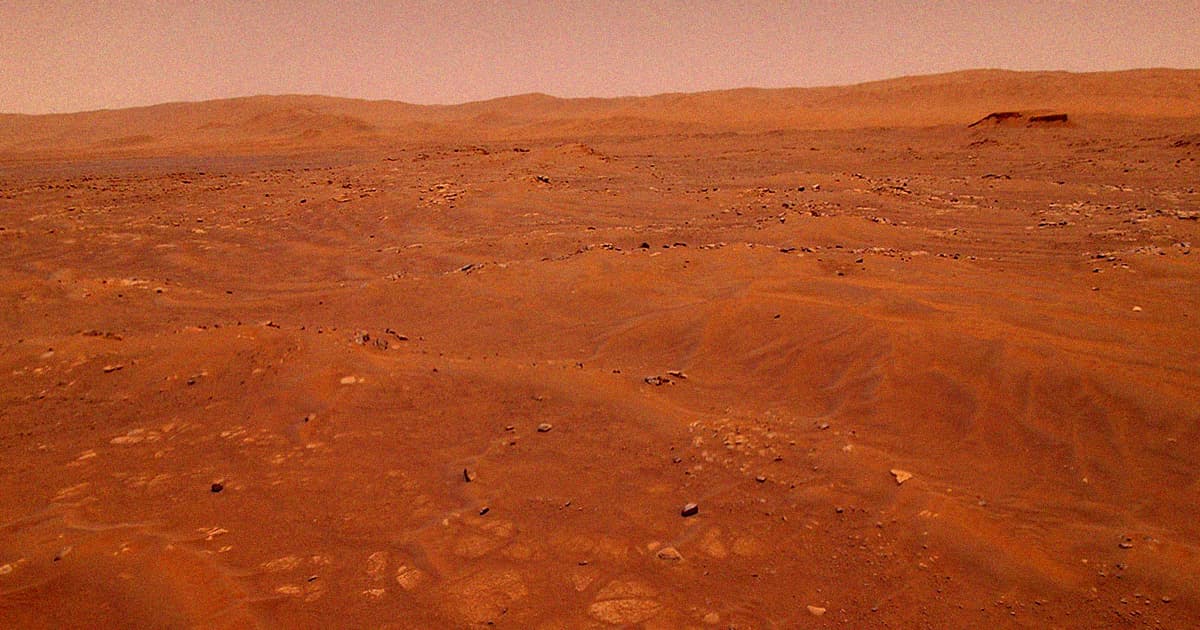 The sandy dunes of Mars never looked this good.

The sandy dunes of Mars never looked this good.

NASA's Perseverance Mars Rover is making another pit stop on its journey to probe the surrounding Jezero Crater for signs of ancient life.

"I’ve made it to my next lookout, overlooking a spot we’re calling 'Séítah,'" the rover's official account tweeted just now.

"It’s an area of dunes with some good science targets in and around it," the rover added. "I’ll spy a few from here, doing science from afar, then circle around and keep exploring."

As promised, the views are extraordinary, as seen in a panorama accompanying the update — a reminder of the countless landscapes we have yet to see for ourselves on the Red Planet and beyond.

I’ve made it to my next lookout, overlooking a spot we’re calling “Séítah.” It’s an area of dunes with some good science targets in and around it. I’ll spy a few from here, doing science from afar, then circle around and keep exploring.

The six-wheeled rover officially kicked off its science phase on June 1, leaving the "Octavia E. Butler" landing site where it touched down earlier this year.

It has since covered roughly 0.57 miles, according to geolocation data, making several stops along the way to explore its surroundings.

The Séítah ("amidst the sand” in the Navajo language) geological unit is adjacent to the crater-filled floor of Jezero, dubbed the Crater Floor Fractured Rough. The Séítah area is filled with layered rocks and sand dunes.

"Starting with the Crater Floor Fractured Rough and Seitah geologic units allows us to start our exploration of Jezero at the very beginning," said Kevin Hand, an astrobiologist at NASA's Jet Propulsion Laboratory, in a June 9 statement.

"This area was under at least 100 meters [328 feet] of water 3.8 billion years ago," he added. "We don’t know what stories the rocks and layered outcrops will tell us, but we’re excited to get started."

Thanks to Perseverance's sophisticated "AutoNav" mode, which essentially turns it into a self-driving car, the rover is about to really get going.

"I’m getting a good feel for driving, and starting to take charge more to find my own way," the rover's account tweeted today. "By mapping while I drive, I may be able to cover up to 5 or 6 times more distance in a day. Good, since there’s so much to get to!"