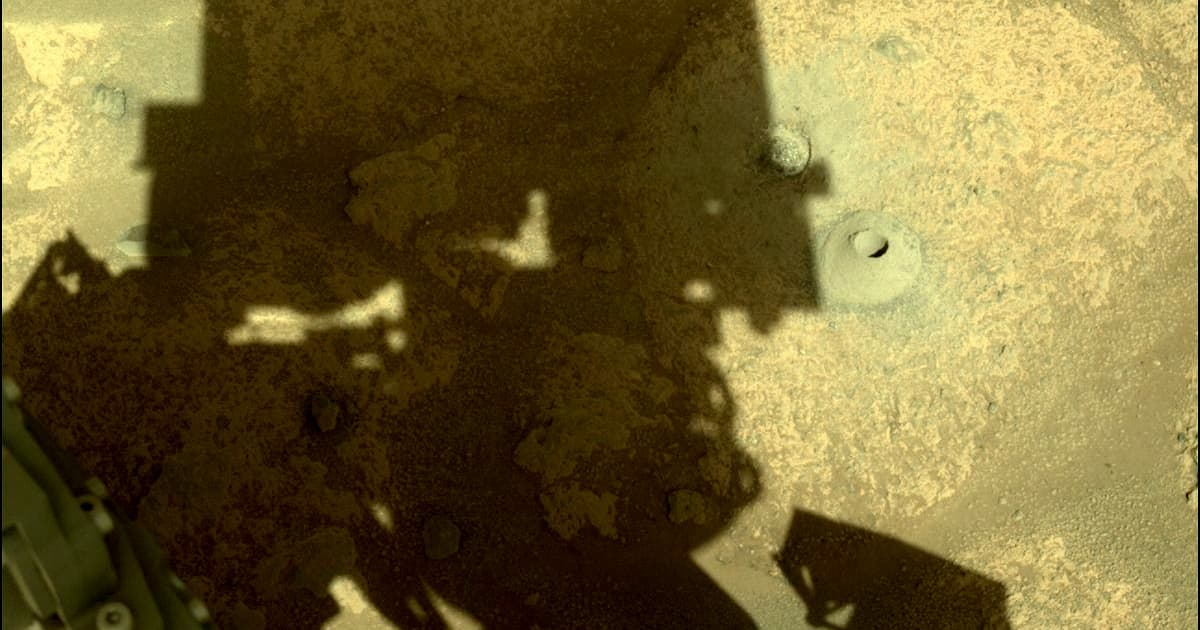 The logic is impeccable.

The logic is impeccable.

You may have heard that Perseverance, the robotic rover that NASA designed specifically to gather up rock samples from Mars in preparation for sending them back to Earth, has been having some trouble lately.

Last week, NASA celebrated after instructing Perseverance to drill a hole into the Martian regolith beneath it and scoop up some samples. But that celebration was premature, Scientific American reports. When they took a look at an image of the storage tube a few hours later, the team realized that Perseverance had turned up empty-handed and the tube was empty and went into a frenzy trying to investigate what went wrong.

But NASA now insists, with all the confidence of a helicopter parent, that it's not Perseverance's fault. Instead, they say, it was the dastardly rock.

The rock, NASA says, was simply too crumbly for Perseverance's perfectly-crafted tools to grab, causing it to unfairly fall back down to the Martian ground.

And frankly, Mars wasn't playing fair. As SciAm reports, NASA now says that the rock itself fooled them into thinking that it would make a good, sturdy sample when it was actually a loose, crumbly mess that broke apart into such fine pieces that it fell right through Perseverance's perfect, delicate instrument.

To phrase it differently, the best scientists and engineers in the business built a robot explicitly to pick up rocks — and now say it's the rock's fault for not getting picked up.

With all the grace of an actor dusting themselves off from the worst audition of their life, NASA says it will be trying again soon. And, to continue our faltering metaphor, the space agency says it's pretty sure this was just a fluke. After all, the problem is definitely not Perseverance. It was the rock. Don't forget that.

"There is reasonable confidence that this is a one-off, weird rock that we were attracted to in some ways precisely because it was weird," Farley told SciAm.

More on Perseverance: Mars Rover Tries To Collect Rock To Send Back To Earth, Fails Miserably