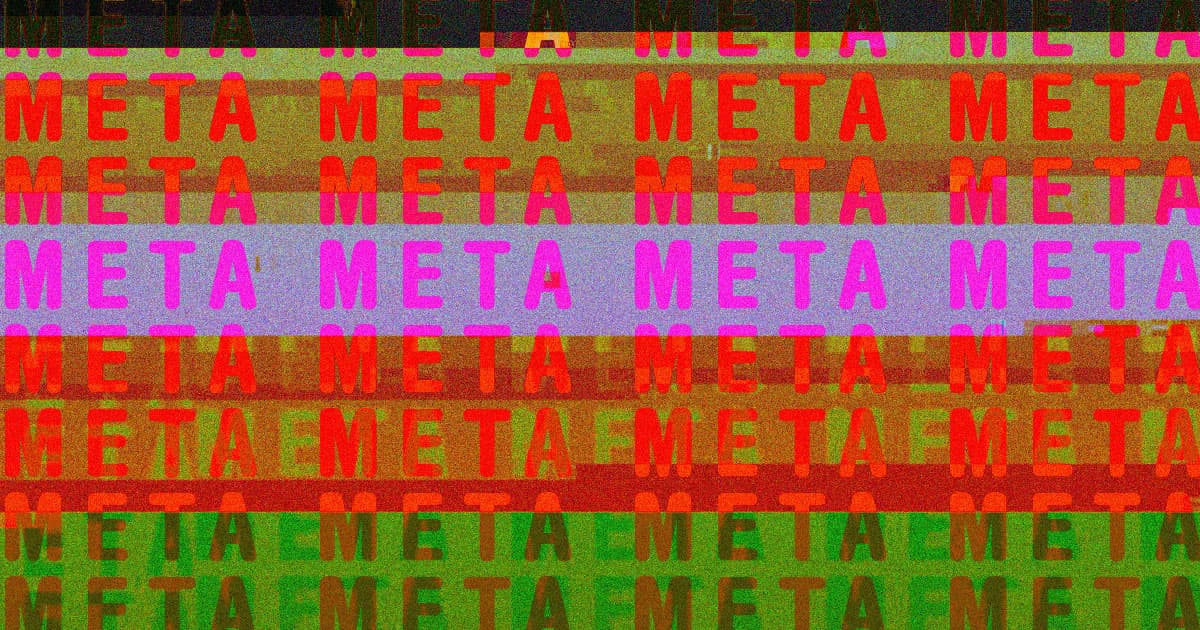 This is getting kinda... meta.

This is getting kinda... meta.

That may sound like a bit of a head-scratcher, but a smaller company known as Meta has announced that it's filing a lawsuit against the well known Meta that is Facebook's parent company, as spotted by The Verge.

Founded in 2010, the smaller Meta creates and promotes live, multi-sensory art experiences — sometimes featuring virtual and augmented reality tech — and has catered to clients ranging from National Geographic to Intel.

"On October 28, 2021, Facebook seized our META mark and name, which we put our blood, sweat, and tears into building for over twelve years," reads a pop-up announcement on the company’s website. "One of the most powerful companies in the world took our identity without notice."

"Today, after eight months of trying to negotiate with Facebook in good faith to no avail, we were left with no choice but to file a lawsuit against them," the notice reads.

In October of last year, Facebook CEO and accused robot Mark Zuckerberg announced that the parent corporation was renaming itself to "Meta" in a major — and perhaps faltering — push into the virtual reality market.

Facebook doesn’t exactly have the greatest track record with the public to begin with, especially when it comes to protecting users' privacy. The company's dystopian — and hilariously janky — efforts to establish "the Metaverse" haven't helped its image, either.

With that in mind, it's not exactly surprising that the smaller Meta doesn’t want its name associated with any of that.

In a complaint filed with a US district court, the smaller Meta claims that "it can no longer provide goods and services under the META mark because consumers are likely to mistakenly believe that Meta’s goods and services emanate from Facebook and that Meta is associated with the toxicity that is inextricably linked with Facebook."

It's a lawsuit with David versus Goliath odds. While the smaller Meta may have a decent case — after all, it was founded long before Facebook changed its name — it will be far from easy to topple a giant like Facebook in a legal battle.

In other words, it's safe to say that the two companies aren't going to be metamates anytime soon.