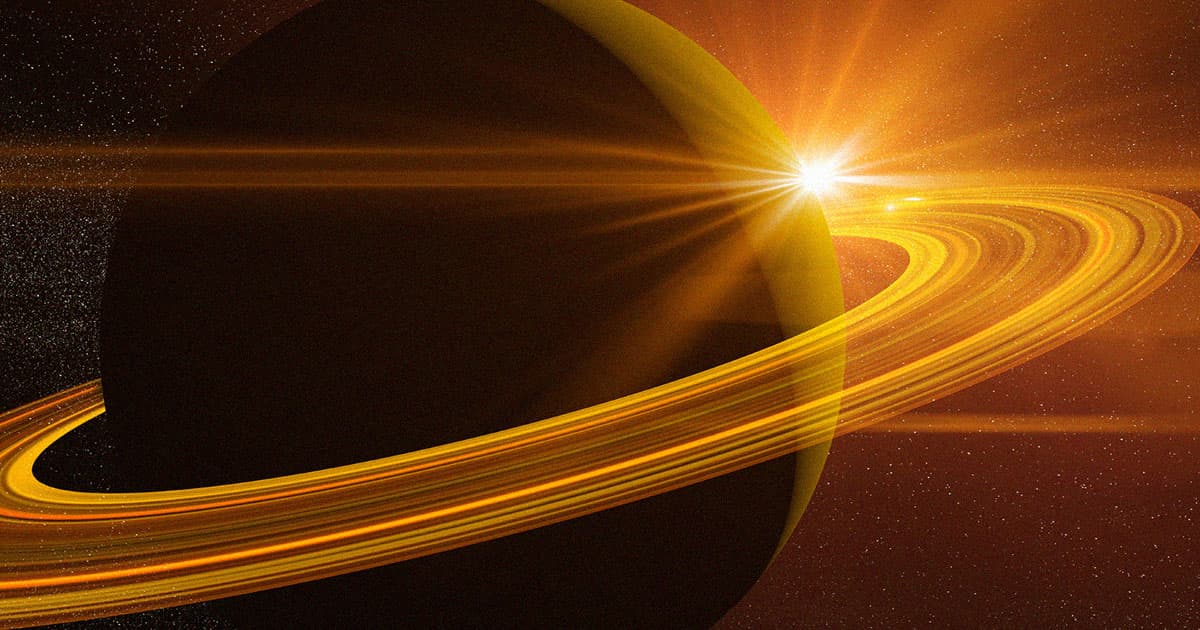 Jupiter's Moons Accused of Sucking Up the Planet's Rings

Talk about the vacuum of space!

Talk about the vacuum of space!

Have you ever wondered why Saturn has those giant, gorgeous rings, while the even larger Jupiter doesn’t? They’re both neighboring gas giants, so what’s the deal?

You wouldn’t be the first, and scientists now think they know the answer.

The lack of rings, according to a new study soon to be published in the journal Planetary Science, are Jupiter's pesky and numerous moons.

"We found that the Galilean moons of Jupiter, one of which is the largest moon in our solar system, would very quickly destroy any large rings that might form," said lead author Stephen Kane, who is an astrophysicist at UC Riverside, a press release. "As a result, it is unlikely that Jupiter had large rings at any point in its past."

The researchers ran a simulation that accounted for Jupiter’s orbit, as well as that of its four moons. They found that the gravitational pull of the moons were strong enough to cause the shards of ice that typically comprise planetary rings to be booted out of Jupiter’s orbit, or even be sucked into the moons themselves.

To put the size of these moons in perspective, Ganymede, the largest of the four, is larger than the planet Mercury.

While Jupiter does actually have rings, they’re pretty pathetic compared to Saturn’s, and not particularly noticeable without special observational equipment, according to the researchers.

"We didn't know these ephemeral rings existed until the Voyager spacecraft went past, because we couldn't see them," Kane said.

But that doesn't mean they aren't useful. Scientists can use planetary rings — even ones as faint as Jupiter's — to help uncover a planet's history, such as collisions it may have had with comets and other moons in the past. The researchers plan to apply their simulation model to Uranus next, hoping to determine the lifespan of its rings and to understand why it revolves around the Sun with its unique 98 degree tilt.

More on Jupiter: James Webb Picture of Jupiter So Crisp You Can See Its Moon Europa