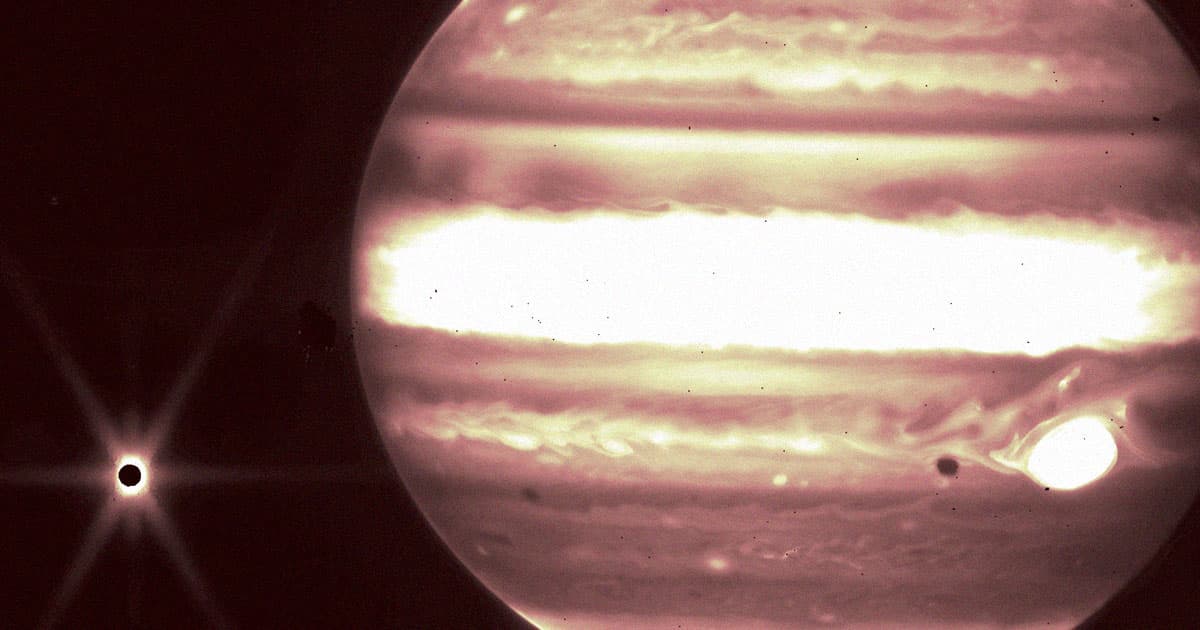 One new infrared image of the gas giant is so detailed, the telescope even managed to get Jupiter's moon Europa in the frame.

The shots are also notable for what they represent: that the new telescope could be capable of such detailed observations that they could answer some of the biggest questions we have about Europa and other similar moons in our own solar system.

Hey @NASASolarSystem, ready for your close-up? As part of Webb’s prep for science, we tested how the telescope tracks solar system objects like Jupiter. Webb worked better than expected, and even caught Jupiter’s moon Europa: https://t.co/zNHc724h9X pic.twitter.com/tW9AT5ah6T

For instance, the Webb could find out once and for all if plumes are venting water vapor from Europa's suspected subsurface oceans.

That's an exciting prospect to scientists working on the project. For one, that could bring us one big step closer to finding out if the tiny moon could harbor life.

"I think that’s just one of the coolest things that we’ll be able to do with this telescope in the solar system," said Stefanie Milam, Webb’s deputy project scientist at NASA, in a statement.

Scientists were also able to figure out Webb is capable of tracking objects that move more than twice the expected baseline, which is "similar to photographing a turtle crawling when you’re standing a mile away," according to NASA.

The images were taken before science operations officially kicked off on Tuesday and are a testament to the JWST's full potential and incredible range.

"Combined with the deep field images released the other day, these images of Jupiter demonstrate the full grasp of what Webb can observe, from the faintest, most distant observable galaxies to planets in our own cosmic backyard that you can see with the naked eye from your actual backyard," said Bryan Holler, a scientist at the Space Telescope Science Institute in Baltimore, in the statement.

It's one hell of a start for the $10 billion space observatory, which has been in active development for decades. And we can't wait to see its next Solar System targets in their full, extremely bright glory.

More on the images: The Webb Telescope Just Quietly Released a Picture of Jupiter