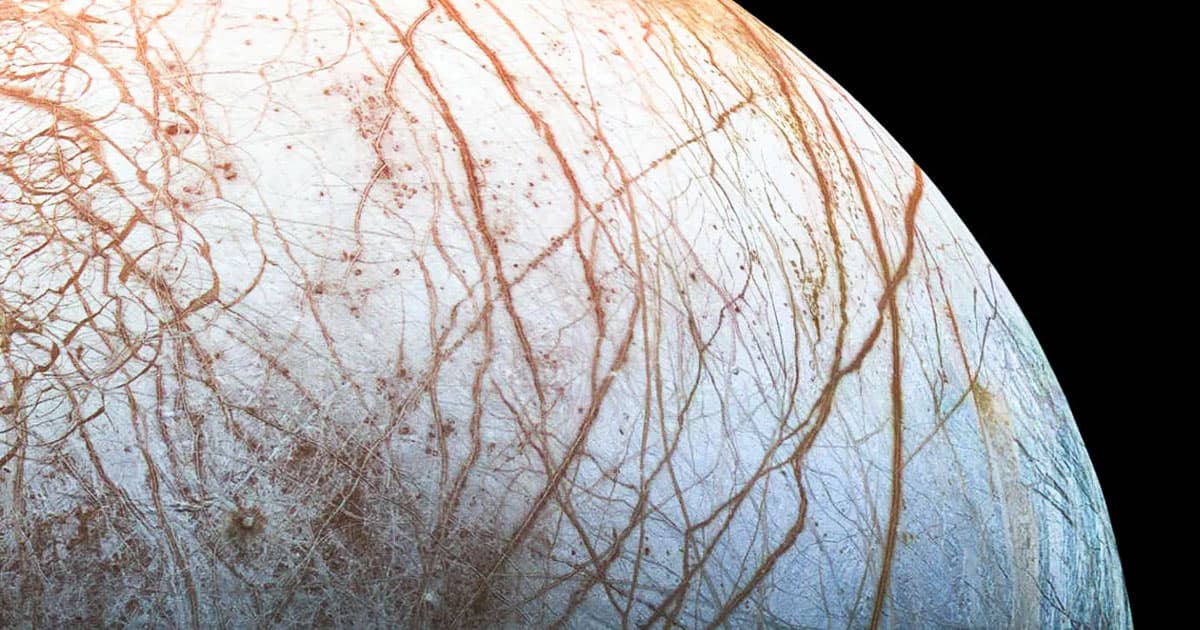 Shallow pockets of water "must have been, or maybe still are, extremely common" on Europa.

Shallow pockets of water "must have been, or maybe still are, extremely common" on Europa.

Scientists have found that Jupiter’s moon Europa could be home to even more pockets of liquid water than previously thought, meaning that it’s an even better candidate in our solar system to look for alien life.

In a new study published in the journal Nature Communications this week, a team of scientists at Stanford University found that Europa’s icy shell could be more porous than believed.

The smoking gun: “double ridge” features that greatly mimic those found in Greenland’s ice sheet. The theory goes that if those ridges were formed the same way they were in Greenland, there should be a lot more water on the Jovian moon than previously thought — though we won’t know for sure, most likely, until we have a look for ourselves.

The observation was a bit of a happy accident.

“One of my colleagues on this paper, who is a planetary scientist, was giving a presentation on the big open questions in Europa science and showed a picture of these double ridges on the surface,” Riley Culberg electrical engineering PhD at Stanford University, and study lead, told The Daily Beast.

“It struck me that I had seen a similar looking feature in my own data from Earth while working on a totally different project related to climate change impacts on the Greenland ice sheet,” he added.

Even accounting for the vastly different level of gravity on Europa, the theory appears to check out, with the moon’s ridges’ two peaks having the same proportional height and distance between them as in Greenland.

In the case of Greenland, pressurized liquid from below forces the ice sheets upward, causing a crest of two peaks, with pockets of water underneath.

That means Europa’s icy shell could also be riddled with shallow pockets of liquid water.

“If Europa’s double ridges also form in this way, it suggests that shallow water pockets must have been, or maybe still are, extremely common in the ice shell,” Culberg told Beast.

Of course, we won’t be able to test the theory without more direct observations. But fortunately, NASA is looking to do just that, launching a probe to the icy moon called Europa Clipper some time in 2024, with a special radar on board that can peek beneath its mysterious icy shell.