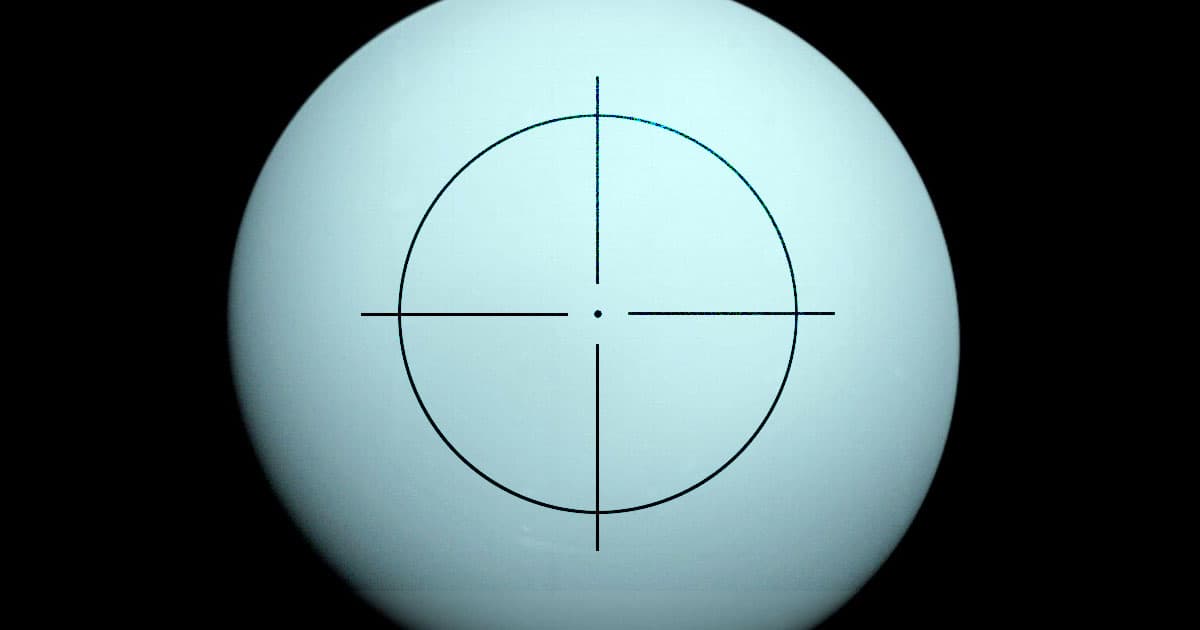 "We are sure there are going to be lots of surprises once we get there."

"We are sure there are going to be lots of surprises once we get there."

The world's top scientists have spoken — and they want to see Uranus, in greater detail than ever before.

A survey released every decade by the prestigious National Academies of Sciences, Engineering, and Medicine reveals the research wish list for the world's top planetary scientists and astrobiologists. And this time around, it includes probing Uranus.

The "Origins, Worlds, and Life" survey published by the National Academies Press contains all kinds of fascinating morsels, including that scientists consider getting Mars rocks a "top priority," and that they want to inspect Saturn's Enceladus moon for life. But, predictably, it's the Uranus probe that's got the Twittersphere all a-titter.

"It is time to send a probe to Uranus!" The Verge's Loren Grush tweeted. "Yes, laugh about it all you want, but a mission to Uranus is considered the highest priority program the planetary science community wants to see happen over the next decade."

Honestly we should have been probing Uranus years ago

DAMN IT URANUS IS FASCINATING

Indeed, probing Uranus is one of the most important items on this scientist wish list because, to put it plainly, no one's ever really gone there, save for a fly-by in 1986 when NASA's Voyager 2 probe came within about 50,000 miles of the gas giant.

Uranus is considered an "ice giant," a classification which, according to Southwest Research Institute's Robin Canup, the co-chair of the steering committee that helped pick these scientific priorities and spoke to NPR about them, is "likely the most common class of planets in the universe."

"We saw this mission as delivering absolutely transformative, breakthrough science because we know so little about these systems," Canup told NPR. "We are sure there are going to be lots of surprises once we get there."

Surprises in Uranus — who'd have thunk?

More quips about the seventh planet: Here’s What Uranus Scientists Think About Your Disgusting Jokes