"You're really asking the internet to name a probe going to Uranus?" 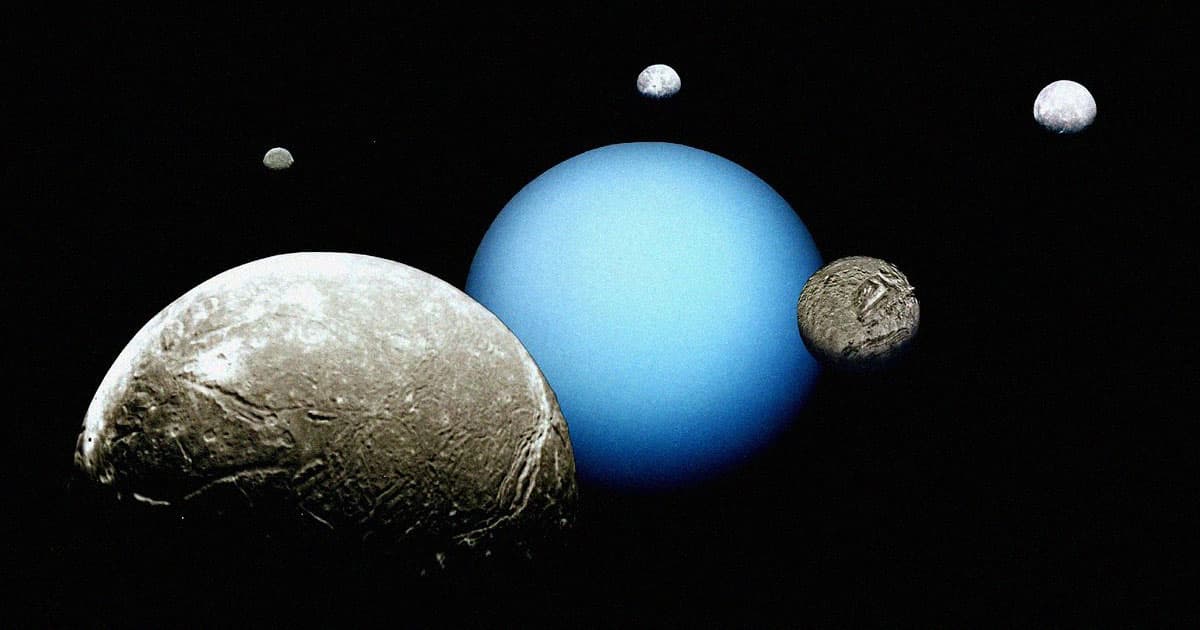 They must've seen it coming.

A space exploration enthusiast account on Twitter asked the internet to name an upcoming mission to the planet Uranus, in what almost feels like a setup for a punch line, considering the public's endless interest in potty humor and butt-related puns.

And yes, it went mildly viral, in a hail of scatological references.

"This seems like the perfect time for Astroglide to sponsor space exploration," one user suggested, referring to a popular brand of personal lubricant.

"You're really asking the internet to name a probe going to Uranus?" one outraged commenter asked.

Jokes aside, there are serious implications of this kind of humor.

"I truly do worry that it will make it difficult to actually get a mission to study this planet because I think that NASA would be sensitive to these headlines," prominent Space Science Institute and Planetary Society astronomer Heidi Hammel told Futurism last year, "and sensitive to all the ridicule that they would get if they wanted to get a mission to this planet."

"We do want to send atmospheric probes, and we do call them probes, and it's impossible to separate that from the whole aliens probing humans thing," she added.

But fortunately, many replies to the viral tweet included far more sensible names that we could actually see NASA using for an upcoming mission.

Several users suggested naming the mission after British astronomer William Herschel, who discovered the celestial body and its moons Titania and Oberon back in the 1700s.

And since Uranus' moons are named after Shakespearean characters, many other users suggested naming the mission "Tempest" after one of the poet's plays.

Some also suggested naming it after Odin, the Norse God who fought ice giants, or Caelus, the Roman equivalent of the Greek god Uranus.

Whether we'll actually ever see a mission to Uranus any time soon remains tough to say. While a NASA-affiliated panel of experts recommended to visit the planet, pointing it out to be a scientific target of "the highest priority" in a massive decadal report published earlier this year, the space agency has yet to announce any upcoming plans to go visit Uranus.

And there are plenty of reasons for a visit, though. Most intriguingly, Uranus' moons are suspected to hold vast oceans of liquid water.

A mission could also offer us tantalizing clues about its history, including why it's tipped on its side, or why it has two sets of rings.

In short, joking about sending a probe to Uranus is all fun and games — but public support for a publicly funded mission to a faraway planet is key to generate enough of a groundswell in interest, especially among lawmakers.

Besides, the butt jokes may actually be a positive thing.

"I think it's good to get engagement in my work in any way," University of California astronomy PhD candidate Ned Molter told Futurism last year.

"Obviously, do the jokes get really tired and repetitive? Absolutely," Molter added. "I wouldn't say I get frustrated at all. It starts a conversation."

READ MORE: The Internet Was Asked to Name A Probe For Uranus. Here's How That Went Down [Science Alert]

More on Uranus: Here's What Uranus Scientists Think About Your Disgusting Jokes