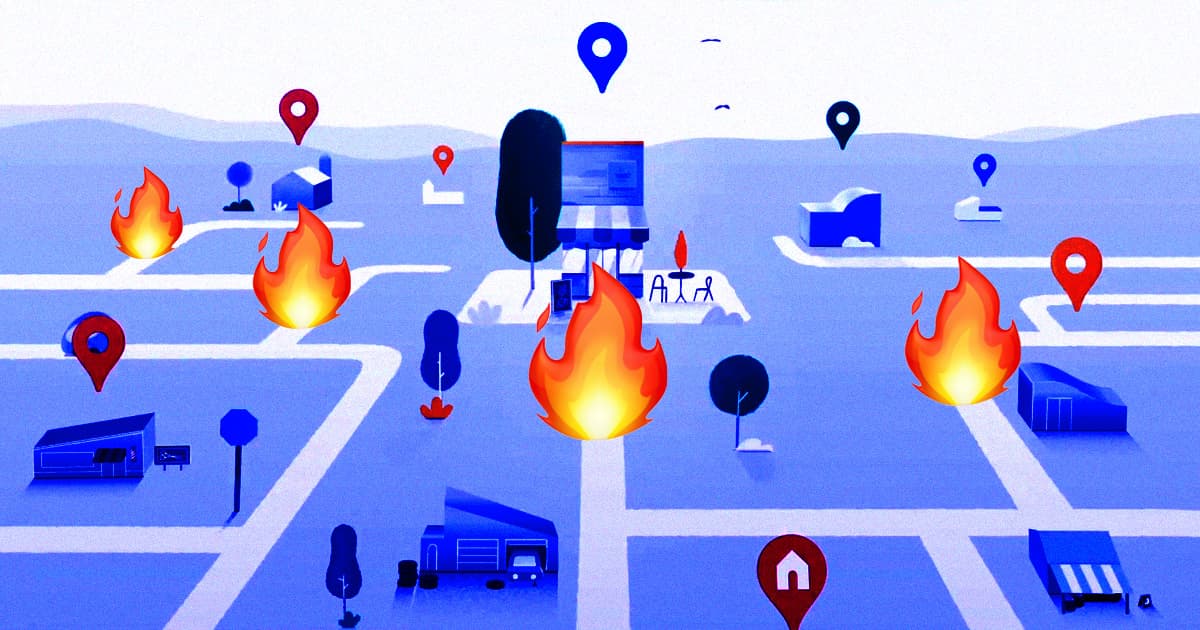 First coined in 2015 by Arizona State University Stephen Pyne, the term “pyrocene” describes our modern era, in which humanity has gone from learning to cook food to utterly scorching the planet.

Thankfully, Google just unveiled the perfect tool to help us navigate this fiery era. As Gizmodo reports, Google Maps is getting a new layer that will show whether or not your destination, route, or surrounding area are currently being incinerated by a wildfire. It’s an unfortunate reality that this will probably be a useful tool to many people, especially given how many fires are continuing to burn in the American west.

The new layer is expected to start rolling out this week, according to a blog post by Google Earth & Earth Engine Director Rebecca Moore. The global version will include up-to-date information on “most major fires that cause significant evacuations,” Moore wrote.

There will be details on more fires in the US thanks to extra data from the National Interagency Fire Center, and Google hopes to add better data for other countries over the next several months.

When the new layer goes live, it could be immensely valuable for people who live near wildfire-prone areas or the areas that are still burning. Wildfires can spread quickly — Gizmodo notes that some have even reached speeds of 15 miles per hour.

With hazards like that becoming increasingly common, easily-accessible updates on their boundaries may very well save lives.

More on wildfires: There Are So Many Wildfires That the US Can’t Find Enough Firefighters

The Kids Won't Be Alright
Elon Musk Warns That Humankind Will “End Up in Adult Diapers”
Wednesday
Read More
FROM THE DEPT. OF THINGS TO BUY
Best Compost Bins of 2022
May 14
Read More
Dam Straight
China Says It’s 3D Printing a 590-Foot Hydroelectric Dam With Zero Human Labor
May 11
Read More
+Social+Newsletter
TopicsAbout UsContact Us
Copyright ©, Camden Media Inc All Rights Reserved. See our User Agreement, Privacy Policy and Data Use Policy. The material on this site may not be reproduced, distributed, transmitted, cached or otherwise used, except with prior written permission of Futurism. Fonts by Typekit and Monotype.