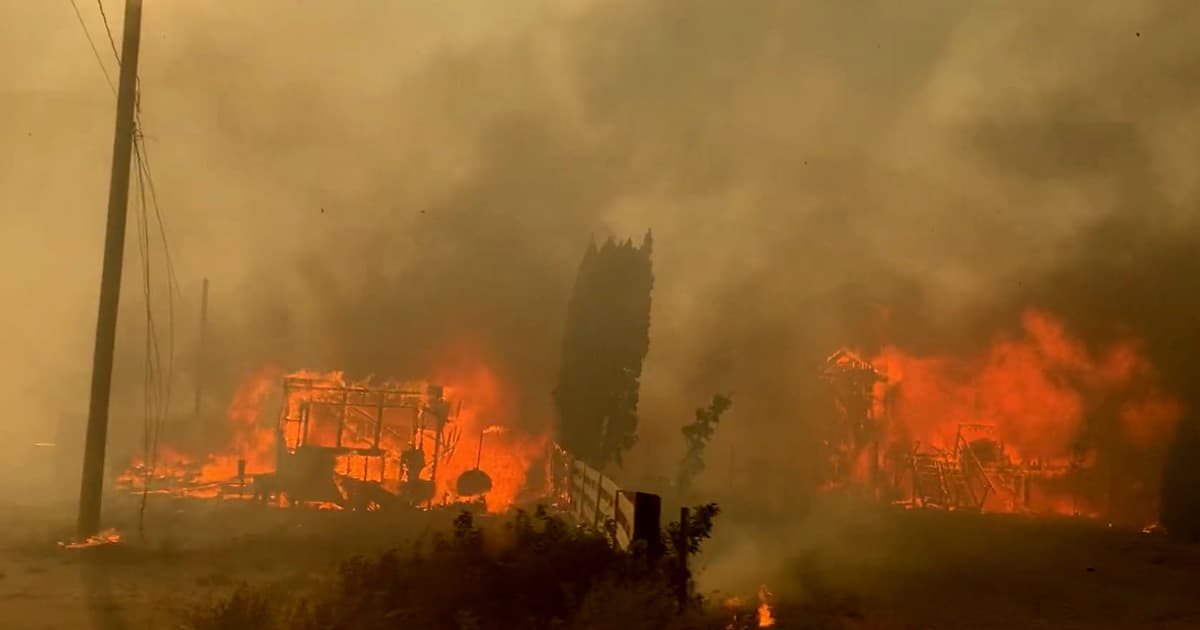 Town Sets All-Time Heat Record, Then Burns to the Ground

From the Frying Pan

Ninety percent of Lytton, British Columbia, a small village of approximately 250, burned to the ground after recording Canada's highest ever temperature ever of 49.6 degrees Celsius (121 Fahrenheit) — in the same week.

"There won't be very much left of Lytton," Jan Polderman, mayor of the village, told the BBC. "There was fire everywhere."

Much of the west coast is experiencing record temperatures, in large part due to climate change — a terrifying sign of what's still to come. Over a hundred wildfires are burning in the Canadian province. 47 of them started in just the last two days, according to Global News.

British Columbia recorded 486 deaths over just five days, compared to an average of just 165 over a comparable period, according to the BBC. Officials believe heat played a role in the deaths of 65 people in Vancouver alone since last Friday.

Fortunately, residents were able to flee before the flames took over Lytton.

A staggering 710,117 bolts of lightning formed over British Columbia and parts of the neighboring province of Alberta, caused by the extreme heat.  That's bad, needless to say, because the area is already prone to fires.

"I’m being careful about my words," Daniel Swain, a climate scientist at the University of California told Gizmodo. "I suspect it will get a lot worse, and it’s already quite bad."

In general, experts maintain that climate change likely had a lot to do with the freak weather.

"Climate change is definitely one of the drivers of the intensity of this Canadian heatwave — but it is not the only one and determining how much it impacts it, is a work in progress," Friederike Otto from the University of Oxford told the BBC.

More on the heatwave: This Heat Wave Is Smashing All-Time Records in the US and Canada

Tech Hub
The Skies in California Basically Look Like the Apocalypse Right Now
9. 9. 20
Read More
Record Global Temperatures Drive Extreme Heatwaves in Oceans, Too
1. 16. 18
Read More
A Wave of Climate Refugees Could Soon Emerge in the US
1. 5. 18
Read More
+Social+Newsletter
TopicsAbout UsContact Us
Copyright ©, Camden Media Inc All Rights Reserved. See our User Agreement, Privacy Policy and Data Use Policy. The material on this site may not be reproduced, distributed, transmitted, cached or otherwise used, except with prior written permission of Futurism. Articles may contain affiliate links which enable us to share in the revenue of any purchases made.
Fonts by Typekit and Monotype.