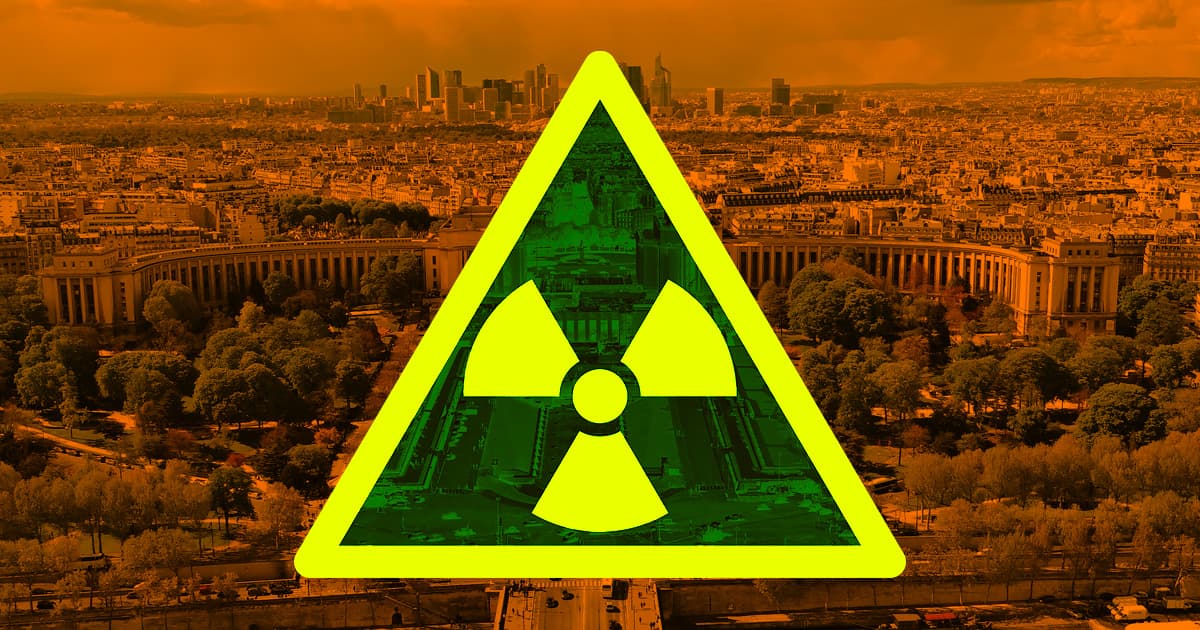 Back in 1960, France conducted nuclear tests in the Sahara Desert. Referred to by the codename Gerboise Bleue, the tests included the detonation of four nuclear bombs in Algeria over the course of 14 months.

Now, fallout from those explosions is coming back home, according to Euronews, as strong seasonal winds carry radioactive Saharan dust all the way back to France. Thankfully, experts believe the dust to be harmless — but it serves as a poignant reminder of the longlasting impact that nuclear fallout can have on an area.

Powerful winds carried the Saharan dust and particles to France's Jura region in February, briefly turning the snow orange. When it settled, scientists from France's Association for Control of Radioactivity in the West (ACRO) took samples, where they detected cesium-137, a nuclear fission byproduct given off by the Gerboise Bleue explosions.

Experts studying the traveling radiation say that it doesn't pose any extraordinary threat to people in the area.

"What actually exposes us the most to radioactivity is the natural radon that emanates naturally from the soil itself," Pedro Salazar Carballo, a chemist at the University of La Laguna, told Euronews.

So instead, the radioactive dust will merely serve as a reminder of the toll that nuclear blasts take on the planet.

There They Go
Biotech Company Officially Unleashes Gene-Hacked Mosquitoes in Florida
5. 5. 21
Read More
Gene-Hacked Blood Suckers
Residents Furious at Release of 500 Million Gene-Hacked Mosquitoes
4. 26. 21
Read More
Brands We Love
These Reusable Cotton Kitchen Towels Are The Eco-Friendly Way To Clean Counters
4. 21. 20
Read More
+Social+Newsletter
TopicsAbout UsContact Us
Copyright ©, Camden Media Inc All Rights Reserved. See our User Agreement, Privacy Policy and Data Use Policy. The material on this site may not be reproduced, distributed, transmitted, cached or otherwise used, except with prior written permission of Futurism. Articles may contain affiliate links which enable us to share in the revenue of any purchases made.
Fonts by Typekit and Monotype.