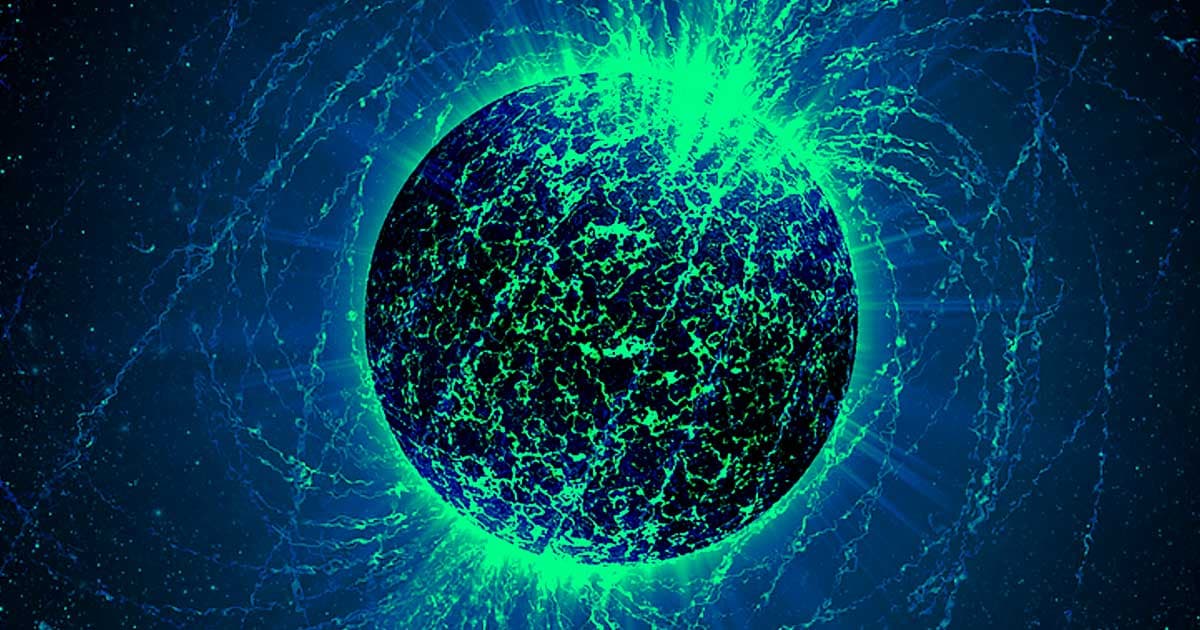 Stare Into the Brutal Maw of This Barbarous Neutron Star

NASA managed to map a neutron star's surface for the first time.

NASA managed to map a neutron star's surface for the first time.

For the first time, NASA managed to map the entire surface of a neutron star (read: the cosmic carcass of a massive star after it detonates in a massive supernova explosion).

The neutron star, J0030+0451 is found within the Pisces constellation. It's only 16 miles wide, according to Astronomy, but still has at least 1.3 times the mass of our Sun. By using NASA's x-ray-measuring satellite NICER, scientists managed to construct a map of unprecedented detail, helping them build out their (and our) understanding of the universe like never before.

The discovery, described in a new series of papers published in The Astrophysical Journal, took about a month to assemble with NASA's supercomputers. Compiling the various recordings and measurements from this project into a coherent map was such a complex task that it would've taken about a decade to do on a standard computer, according to Astronomy.

It's unclear what exactly what scientists want to use the new map for. NASA announced plans to recreate the map with more neutron stars, Astronomy reports, but in the meantime, it's worth taking a minute and just appreciating how cool this astronomical accomplishment is.

More on neutron stars: Scientists Have Learned Why Neutron Stars Shine So Bright

Space Lumps
Scientists Say We May Be Extremely Wrong About the Universe
4. 28. 22
Read More
Into Darkness
Inside NASA's Bold Proposal to Probe the Mysteries of Dark Matter
3. 11. 22
Read More
Ayy Lmao
Scientists Puzzled by "Spooky" Object Sending Radio Signals Every 18 Minutes From Deep Space
1. 27. 22
Read More
+Social+Newsletter
TopicsAbout UsContact Us
Copyright ©, Camden Media Inc All Rights Reserved. See our User Agreement, Privacy Policy and Data Use Policy. The material on this site may not be reproduced, distributed, transmitted, cached or otherwise used, except with prior written permission of Futurism. Articles may contain affiliate links which enable us to share in the revenue of any purchases made.
Fonts by Typekit and Monotype.