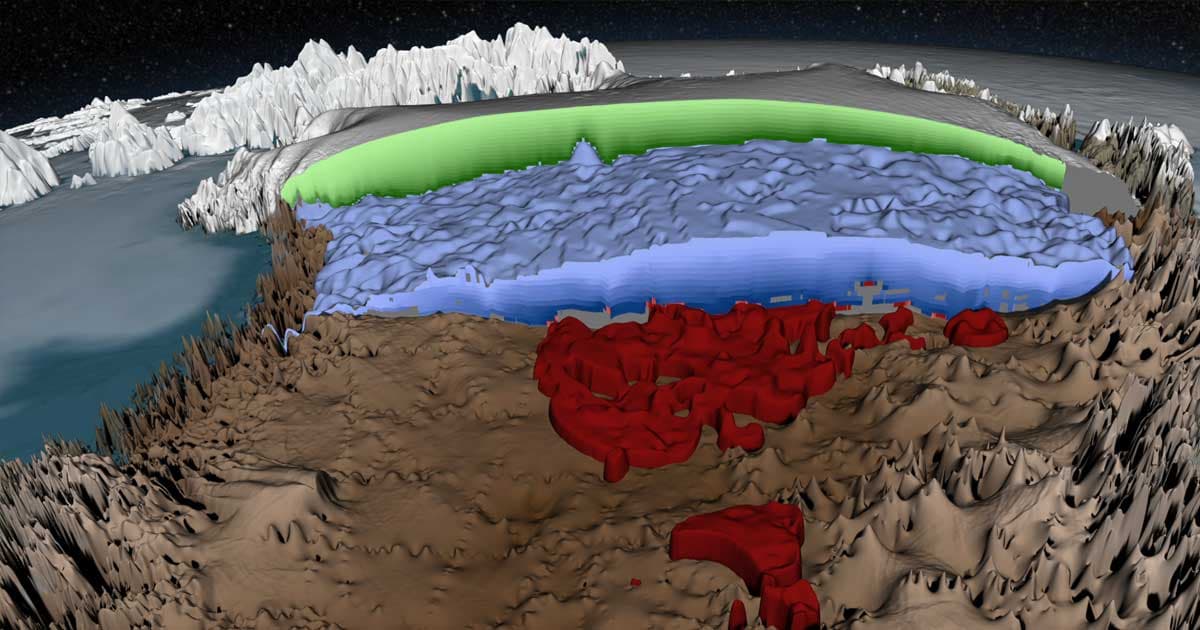 While updating spotty radar maps, Hokkaido University researchers revealed a vast underground network that likely drains melted glacier ice from the center of the massive island to the sea, according to Live Science. And since the river would run for hundreds of miles without reaching the surface, researchers have given it an undeniably metal moniker: the “Dark River.”

To identify and track the river, the researchers first filled in the missing gaps in the map by extrapolating based on the data already gathered over time by radar-equipped planes flying overhead, Live Science reports.

With a complete map in hand, the scientists plugged it into a virtual model that they could flood with water. The flow and behavior of that virtual water revealed the Dark River’s path.

More often than not, the underground river would be a slight trickle — you wouldn’t be able to hear it burbling by putting your ear to the ground, unfortunately.

That’s because Greenland’s glaciers melt and disperse over a massive area, the researchers told Live Science, and it would take some special circumstances to actually fill up the gigantic underground pathways.