Scientists: Uh, Earth Flipped Over On Its Side 84 Million Years Ago

Scientists ventured to figure out whether or not, like you, after three martinis, Earth once keeled over on its side. 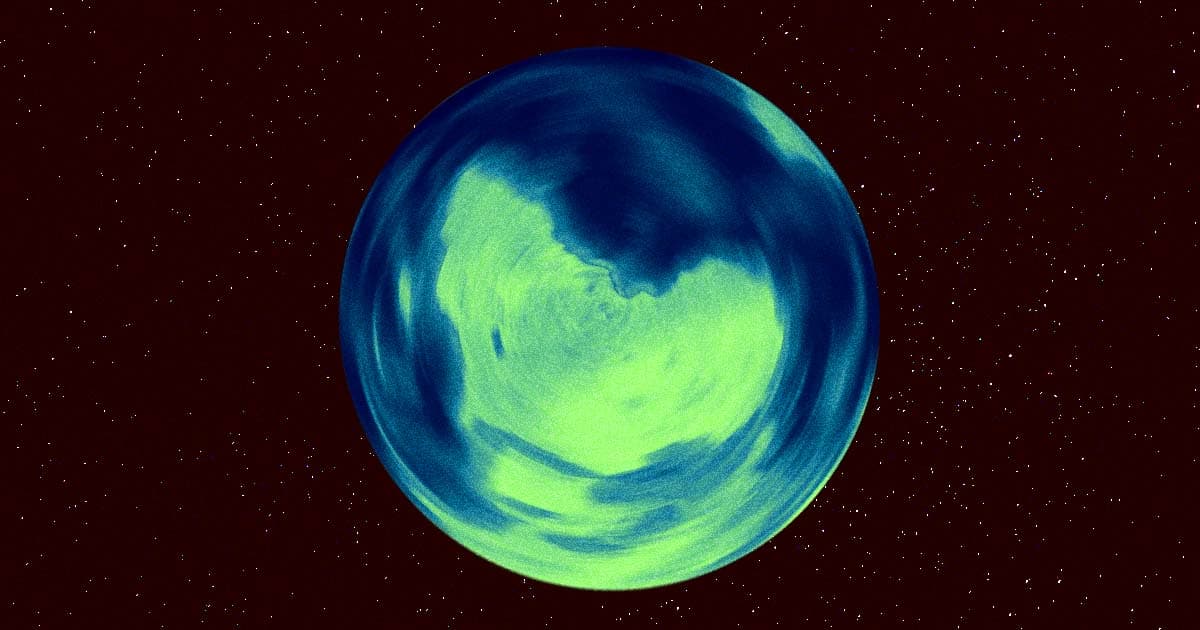 Take this, flat-Earthers: The entire planet rolled over on its side 84 million years ago, before correcting itself and flopping back up.

Or so goes the argument of a new paper published in Nature, attempting to once and for all settle the debate over what's called "true polar wander," which is the process by which a planet or a moon's various layers shift around, resulting in the location of said planet's or moon's magnetic poles wandering around.

If you're worried that it takes being a galaxy-brained bong rip of a human to understand this concept, we can assure you: Yes. But we'll do our best to explain.

So, Earth: It's made of a few layers, right? You've got your center, a solid metal core at the very center, and surrounding that, a liquid metal core which together are responsible for the planet's magnetic field. Around that comes the mantle, about 1,800 miles thick, made of rock, but softer than the metal core. It's pretty stable, but over thousands of years, it can shift around like a viscous liquid (think glue, honey, or taffy). Above that mantle, you've got the Earth's crust, which is what you live on top of, right now. If the planet were a cake you sliced into, the crust wouldn't even be the frosting, but a dusting of powdered sugar that makes up less than 1 percent of the total volume. And you already know these layers can move around, which accounts for earthquakes (tectonic plates shifting) and continental drift (the continents moving around over time).

What the international team of scientists behind the new research are proposing is that 84 million years ago, in the Late Cretaceous period, the entire mantle and crust was rotating around that liquid core, and got so ass-over-teakettle that if you — an infinite celestial time-space being with nothing better to do than watch planets — looked at Earth from space for several million years, it would've looked like we tipped over on our side, and then, went back.

And how, exactly, did they figure that one out? The answer is in geology. This is the coolest part: The positions of Earth's magnetic poles can be reflected via the magnetism of certain rocks on the planet (or "paleomagnetic data"). And by examining fossils — and not just any fossils, but fossils of bacteria, which include the mineral magnetite, the most magnetic of all the elements on Earth. Tracking those rocks down wasn't easy, but they found some in central Italy's Apennine Mountain range, smack in the middle between Rome and Florence, which is where Caltech and Tokyo Institute of Technology's Joe Kirschvink and the Institute of Geology and Geophysics in Beijing's Ross Mitchell went hunting. Fun fact: Rocks in the area that weren't as old as the ones used in this study once helped scientists prove out theories about asteroids that killed the dinosaurs.

As for the practical implications of knowing the Earth wobbled like a dumb drunk eons ago, only to right itself? Well, they think true polar wander may be responsible for the Ice Age, but moreover, it's yet another thing to rub in the face of the dumbest people you know, Flat-Earthers, or to explain to everyone at your next dinner party, smug and secure in knowing that you understand how one goes about using "paleomagnetic data" in this world. Beyond that, it's yet another step in understanding the mysteries of our existence as quite literally demonstrated by this "godless rock that refuses to die."

Read More: Did the Earth tip on its side 84 million years ago? [Tokyo Institute of Biology]

Read This Next
Soggy Earth
Scientists Find Evidence of "Ocean" Hundreds of Miles Below Earth's Surface
Just Keep Spinning
The Earth Is Spinning so Fast, We Might Have to Turn Back the Clock
Life on Earth
Astrobiologists Suggest the Earth Itself May Be an Intelligent Entity
Space Age
A Drill Built for Mars Will Probe Antarctic Bedrock
Not Atlantis
A Satellite Found Remnants of Lost Continents Under Antarctica
More on Earth & Energy
Stem Ware
Yesterday on the byte
Scientists Discover World's Oldest Preserved Vertebrate Brain
From Bad to Worse
Thursday on the byte
Global Warming Is Worse Than We Thought, AI Tells Scientists
RIP Fred
Thursday on the byte
Instead of Predicting Length of Winter, Groundhog Simply Dies
READ MORE STORIES ABOUT / Earth & Energy
Keep up.
Subscribe to our daily newsletter to keep in touch with the subjects shaping our future.
+Social+Newsletter
TopicsAbout UsContact Us
Copyright ©, Camden Media Inc All Rights Reserved. See our User Agreement, Privacy Policy and Data Use Policy. The material on this site may not be reproduced, distributed, transmitted, cached or otherwise used, except with prior written permission of Futurism. Articles may contain affiliate links which enable us to share in the revenue of any purchases made.
Fonts by Typekit and Monotype.