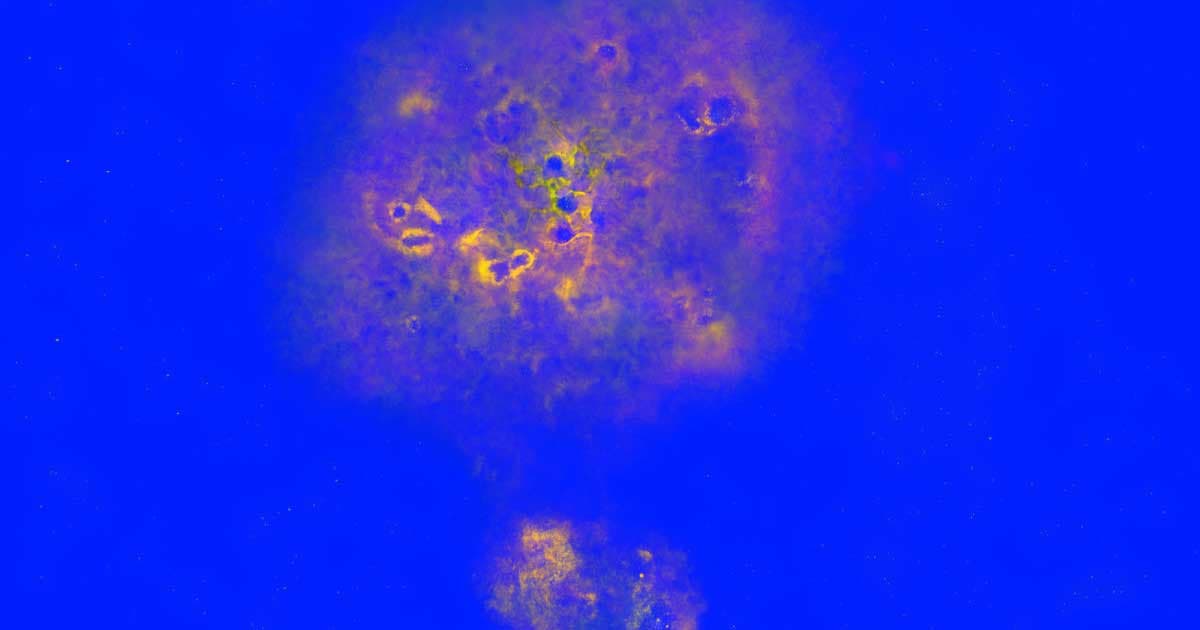 Scientists Spot One of the Most Distant Galaxies Ever: MAMBO-9

MAMBO-9 is a mind-bending 13 billion lightyears away.

MAMBO-9 is a mind-bending 13 billion lightyears away.

Scientists just observed a new galaxy for the first time, and at 13 billion lightyears away, it’s one of the most distant galaxies spotted to date.

The galaxy, MAMBO-9, isn’t setting any long-distance records. Scientists have found galaxies at similar and even greater distances from us. But MAMBO-9 is nearly as old as the universe, CNN reports, so the new finding could help astronomers reveal more information about the earliest days of the cosmos.

MAMBO-9 is only about 970 million years younger than the universe itself, according to research published Wednesday in The Astrophysical Journal. That’s an unfathomable length of time for humans, but a mere blip in the cosmic calendar.

The new discovery presents a rare opportunity to watch a galaxy form. Light from MAMBO-9 that just reached Earth — which portrays things that actually happened 13 billion years ago — reveals a vast cloud of dust that will someday form into new stars and exoplanets.

“We expect 100 times more stars than dust,” lead researcher Caitlin Casey from the University of Texas at Austin told CNN. “But MAMBO-9 has not produced that many stars yet, and we want to find out how dust can form so fast after the Big Bang.”

READ MORE: Meet MAMBO-9, one of the most distant galaxies to ever be observed [CNN]

More on space: Something Very Strange Seems to be Synchronizing Distant Galaxies