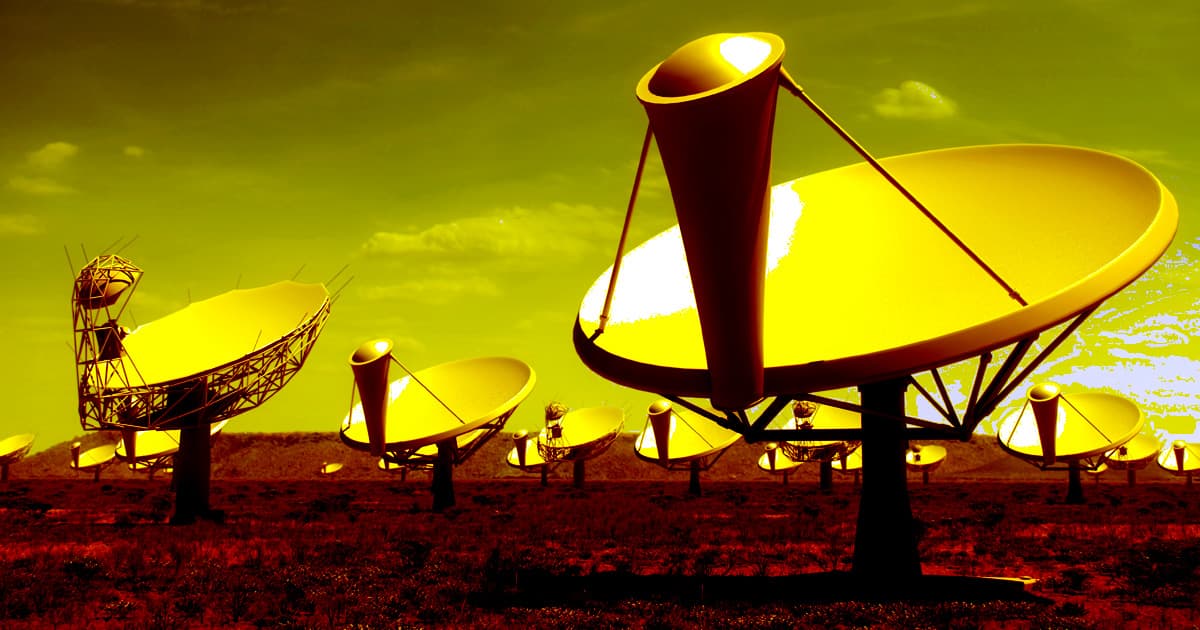 Thousands of engineers have been hard at work on a gigantic intergovernmental radio telescope network called the Square Kilometer Array (SKA), which will be so large that it will span eight countries in Africa.

The first handful of dishes have already been constructed, Wired reports, and when completed, the array will scan the skies for radio signals — including signs of alien life — up to billions of light-years away.

The idea is to simulate a colossal dish by joining thousands of smaller dishes in a network, according to Wired. Once it's completed it will span eight African countries and will also join up to one million much smaller antennas planned for Australia.

The idea for the border-breaking endeavor reaches back to the early 1990s. In 2011, 13 countries decided to fund SKA and share its data.

Only a handful of 50-foot-wide antenna dishes have been constructed so far in South Africa, with a total of up to 3,000 planned across the entire continent.

The African core site was constructed in an ancient seabed in Karoo, South Africa, and is made up of 66 triangular reflective panels.

The massive project is on a surprisingly efficient budget: the first 113 dishes is expected to be completed in 2027, with a total cost of $1 billion.

READ MORE: The Largest Scientific Structure Ever Powers Up in Africa [Wired]

More on hunting aliens: SETI Scientist: Aliens May Have Left a Spy Probe Orbiting the Sun

Science is Hard
Extremely Dubious Scientist Believes There's Mushrooms and Lichen on Mars
6. 30. 20
Read More
Space Munchies
Organism That Eats Meteorites Could Help Us Find Alien Life
12. 6. 19
Read More
Short List
Astronomers Just Drastically Narrowed the Search for Alien Life
8. 19. 19
Read More
+Social+Newsletter
TopicsAbout UsContact Us
Copyright ©, Camden Media Inc All Rights Reserved. See our User Agreement, Privacy Policy and Data Use Policy. The material on this site may not be reproduced, distributed, transmitted, cached or otherwise used, except with prior written permission of Futurism. Articles may contain affiliate links which enable us to share in the revenue of any purchases made.
Fonts by Typekit and Monotype.