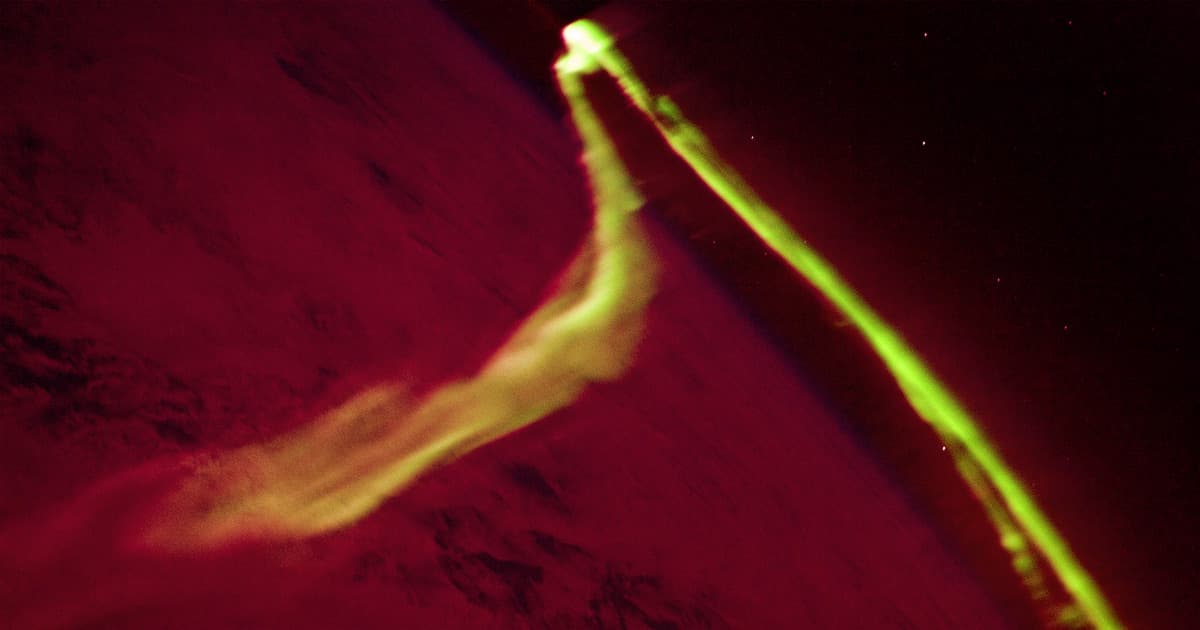 Mars has its own version of the Northern Lights.

Mars has its own version of the Northern Lights.

Just like the Northern Lights here on Earth, Mars gets lit up by gigantic auroras, caused by solar winds mixing with the atmosphere.

New research shows that the most common type of aurora on Mars is a proton aurora, according to ScienceAlert, meaning they're only visible using ultraviolet goggles. The ultraviolet light also been linked to water loss, according to research, meaning that the majestic auroras could explain how Mars became so barren.

Scientists first observed Martian auroras back in 2016, but thought they were an extremely rare phenomenon, ScienceAlert reports. But that's because they were only looking in the Martian winter. The new study, presented last week at a meeting of the American Geophysical Union, corrected that oversight.

"At first, we believed that these events were rather rare because we weren't looking at the right times and places," University of Colorado Boulder planetary scientist Mike Chaffin said in a press release. "But after a closer look, we found that proton aurora are occurring far more often in dayside southern summer observations than we initially expected."

In the summer, more water gets carried into the Martian atmosphere in a thick plume of dust, creating a vast hydrogen cloud around the planet.

As solar winds strike that cloud, the hydrogen is effectively removed from the planet. So not only could they give future colonists a cool light show, the bizarre auroras could also help climate scientists understand the cosmos.