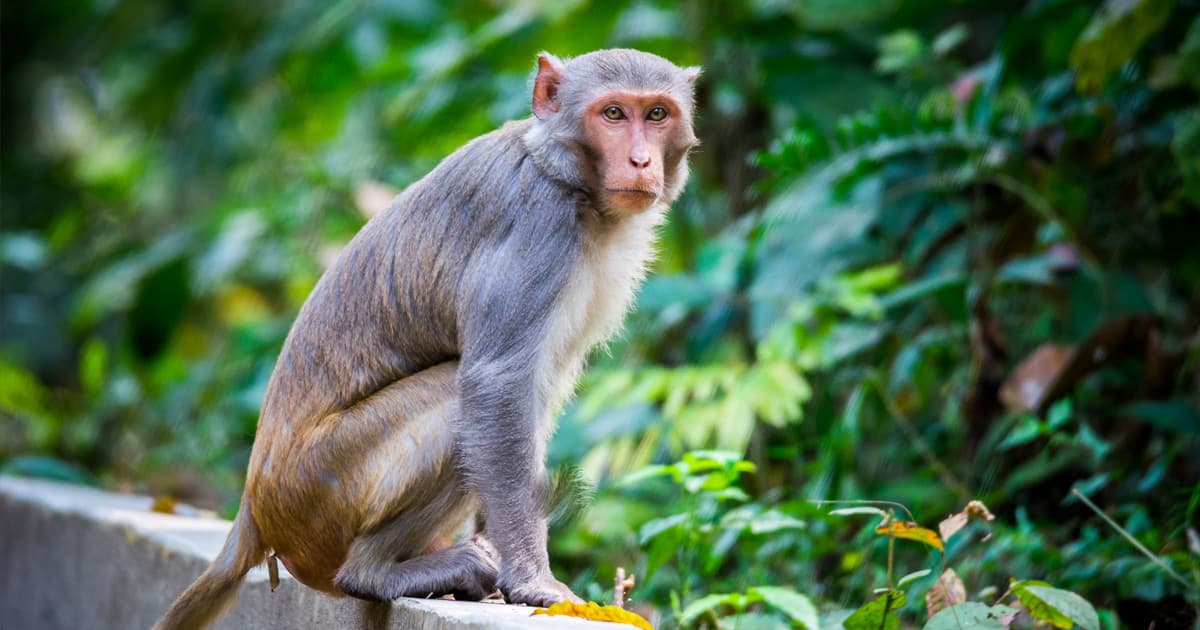 Macaque monkeys are taking over the area around Fukushima.

Macaque monkeys are taking over the area around Fukushima.

In particular, NPR reports, macaque monkeys, wild boars, and other animals made the nearby towns — abandoned by hundreds of thousands of people — their home. And now, as evacuation orders are lifted and people return, finding ways to coexist has become a serious challenge.

To help scare off the new monkey inhabitants, local governments have subsidized massive amounts of fireworks. Citizens have been patrolling their towns and firing them whenever they see the monkeys, who were drawn to the towns to feast from the abandoned but still-growing gardens and fruit trees near residents' homes.

"Look, I think they're cute. I would absolutely never hurt them," Shuichi Kanno, a 79-year-old man who returned to his home near Minamisoma, told NPR. "None of this is their fault. It's nuclear power's fault. It's the fault of humans."

The fireworks aren't a perfect fix. The macaques typically return a few days after being scared off, NPR reports, likely because people have been slow to trickle back into their former homes in part because of high radiation levels and the fact that they've been gone nearly a decade.

"I loved hiking, and foraging for wild vegetables, finding wild mushrooms. But now it's so dangerous," Kanno told NPR. "We can't have a relationship with nature anymore. It's gone."

READ MORE: In Rural Fukushima, 'The Border Between Monkeys And Humans Has Blurred' [NPR]

Fusion Force
China Announces Plan for Hybrid Fission-Fusion Power Facility
9. 17. 22
Read More
Back Online
Japan May Need Nine Nuclear Reactors Turned On to Get Through Winter
7. 14. 22
Read More
The Humanity!
Chimpanzee Star of "Buddy" Found Alive After His Owner Allegedly Faked His Death
6. 6. 22
Read More
+Social+Newsletter
TopicsAbout UsContact Us
Copyright ©, Camden Media Inc All Rights Reserved. See our User Agreement, Privacy Policy and Data Use Policy. The material on this site may not be reproduced, distributed, transmitted, cached or otherwise used, except with prior written permission of Futurism. Articles may contain affiliate links which enable us to share in the revenue of any purchases made.
Fonts by Typekit and Monotype.