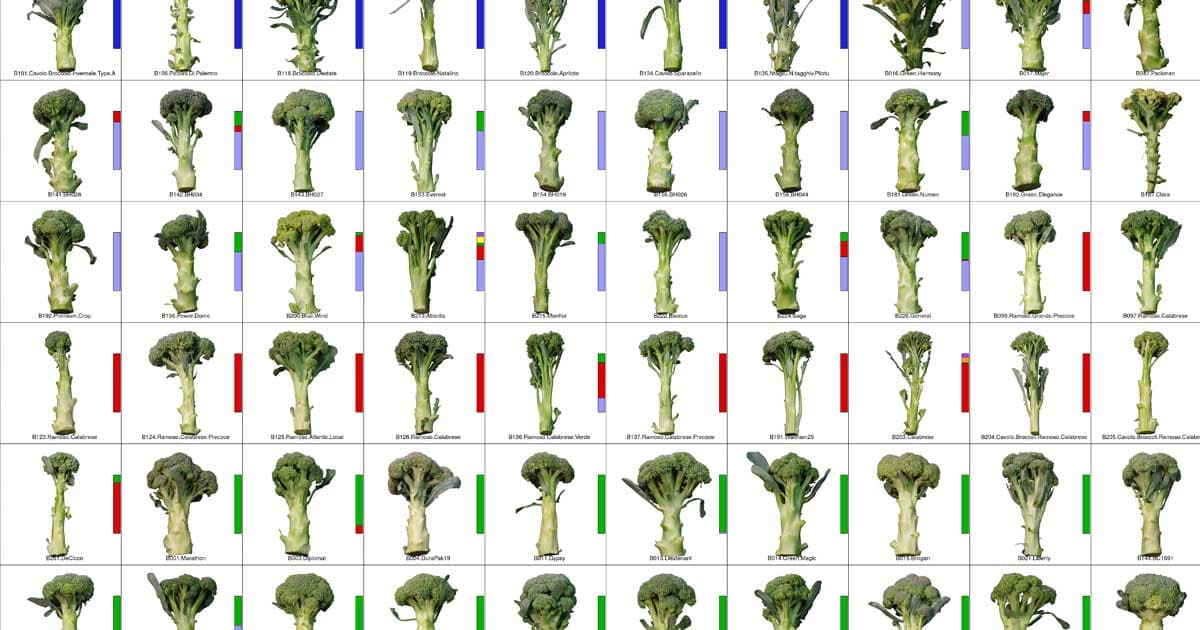 A Researcher Grew 97 Kinds of Broccoli and Sequenced Their DNA

Tag yourself, I'm the nightmare vegetable.

Tag yourself, I'm the nightmare vegetable.

A person claiming to be a Cornell plant scientist, absolutely mad with power, grew 97 different breeds of broccoli and sequenced all of their genomes.

The verdict: all 97 varieties were delicious, according to the researcher's post on Reddit. The new genetic database hasn't yet been published in an academic journal — apparently there's more work to be done before it's ready for submission. But the quirky project could help scientists draw clear, quantifiable ties between specific genes and characteristics like nutritional value and crop yield.

By connecting the 97 different styles of broccoli to their DNA, the project also reveals how the plant has selectively bred, changed, and altered over time. In the Reddit post, different breeds sometimes look like entirely different plants, but when grouped by genetic similarity, clear trends appear among them.

"The real goal is to map various traits to the broccoli genome. I measured almost everything I could think of — including biomass, head morphology, time to heading," wrote the researcher, who didn't reveal his name but did claim to be one of the authors of these related papers. "I also have tissue samples that could be used later for things like nutrient analysis and important metabolites like glucosinolates."

Mystery Meat
Lawsuit Claims That Subway "Tuna" Contains Extremely Weird DNA
11. 11. 21
Read More
Gene-Hacked Blood Suckers
Residents Furious at Release of 500 Million Gene-Hacked Mosquitoes
4. 26. 21
Read More
So Long Hard Drives
Scientists Successfully Store Data Inside DNA of Living Bacteria
1. 12. 21
Read More
+Social+Newsletter
TopicsAbout UsContact Us
Copyright ©, Camden Media Inc All Rights Reserved. See our User Agreement, Privacy Policy and Data Use Policy. The material on this site may not be reproduced, distributed, transmitted, cached or otherwise used, except with prior written permission of Futurism. Articles may contain affiliate links which enable us to share in the revenue of any purchases made.
Fonts by Typekit and Monotype.